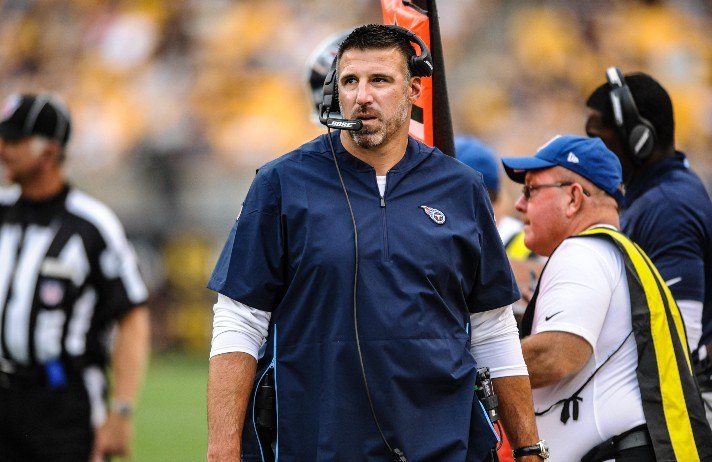 There are lots of popular Futures markets when checking out the leading NFL betting sites, and the NFL Coach of the Year is one of them. Customers have the chance to wager on the coach who they think is going to land this prestigious award, with a large number of selections available from which to choose.

Ultimately, at the beginning of each season, you can get betting odds on any of the coaches who are in charge of the 32 NFL teams. As the campaign wears on, the prices either shorten or lengthen depending on the teams’ respective performances, with this generally being a wide open market.

This is always a tricky NFL betting market to find a winner and the pre-season betting market has Brandon Staley as favourite for the honor. The Los Angeles Chargers head coach is followed in the market by Brian Daboll (New York Giants), Nathaniel Hackett (Denver Broncos) and Mike McDaniel (Miami Dolphins). If these coaches are to be in with a chance of collecting the award at the end of the season, then it might be worth backing their teams in our NFL picks.

Kevin O’Connell (Minnesota Vikings), Dan Campbell (Detroit Lions), Kyle Shanahan (San Francisco 49ers), Doug Pederson (Jacksonville Jaguars), Josh McDaniels (Las Vegas Raiders), Nick Sirianni (Philadelphia Eagles) and Sean McDermott (Buffalo Bills) are other coaches all operating at similar prices and it’s worth keeping tabs as to how the prices change for this market. After each round of games, many of the betting sites will re-open the betting market based on each team’s performance.

While the NFL MVP award often goes to the player who has helped their team reach the Super Bowl or at least pushed them very close in the postseason, the Coach of the Year award tends not to be as straightforward. The award, voted for by the Associated Press, tends to look at the resources that each coach has available rather than just the most successful ones.

For example, it was Mike Vrabel of the Tennessee Titans who was given the Coach of the Year award after a 12-5 record in the regular season last season. However, the Titans were ultimately beaten in the division round of the playoffs by the Cincinnati Bengals. The season before saw Kevin Stefanski of the Cleveland Browns awarded this honor after going 11-5.

It was the first year that Stefanski had presided over the Browns and the same applied to Matt Nagy when claiming Coach of the Year trophy in 2018 after some sterling work with the Chicago Bears to go 12-4. Sean McVay was able to get the nomination in 2017 after his first season with the Los Angeles Rams.

It's worth noting that six of the past nine winners had been with their respective clubs for at least a season beforehand. Whoever wins the coach of the year award will need a bit of luck in terms of injuries. Those who are able to pick their star players in key positions, week after week, will have a better chance. You can check out who's available to play each week by checking our NFL starting lineups.

The best way to consider the NFL Coach of the Year betting market is to look at a team who are going to outperform their betting odds. The majority of winners don’t guide their side to victory in the Super Bowl, but instead punch above their weight with the roster of players that are available at their disposal.

There are some coaches who get this award after a magnificent achievement during the regular season and that applied to Ron Rivera who scooped the accolade for the second time when steering the Carolina Panthers to a 15-1 record in 2015. Rivera also won the award two seasons previously, with a more modest 12-4 achievement.

However, the past 18 winners of Coach of the Year have not guided their respective teams to Super Bowl triumphs. You have to go back to Bill Belichick of the New England Patriots in 2003 to find the last time that there was a combined win in this market along with the same team claiming a Super Bowl win. You can also bet on the NFL Coach of the Year award by using one of the many NFL betting apps available.