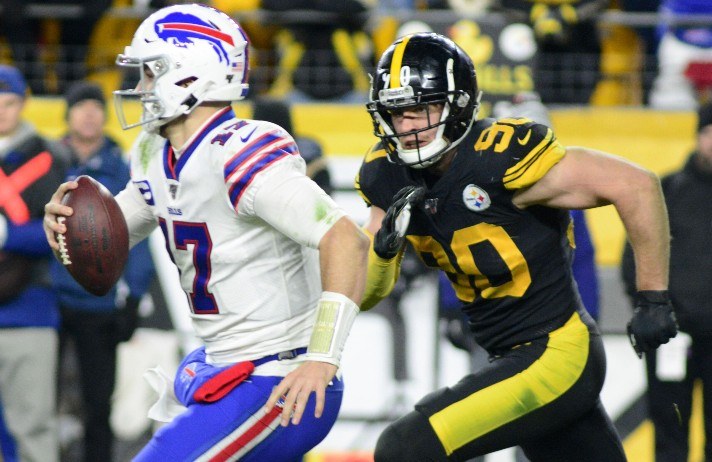 Among the many NFL Futures betting markets available with the best NFL betting sites, one of the most popular is Defensive Player of the Year, an award that is given to the outstanding National Football League player that operates in a defensive position.

As with many of the American football outright betting markets, this is a wide open heat where there are a huge number of players who are priced up at the beginning of the season. As the various matches are played, the odds are updated to reflect the probability of each player landing the award.

It's often the case that there are a handful of NFL defensive players who are operating near the top of the betting market and vying for favoritism. This is a win-only betting market which means that customers might make more than one selection in a bid to land a nice return. This is an ideal market to bet on if you have betting offers to use.

Aaron Donald was installed as the pre-season favorite on the NFL Defensive Player of the Year betting market ahead of the 2022 NFL season. The defensive tackle has won the award three times and summed up his importance to the Los Angeles Rams when sacking Joe Burrow on the final play to secure victory in Super Bowl LVI. The Rams will be among the Super Bowl favorites this season.

TJ Watt is the most recent winner of this award and it was little surprise to see him among the favorites before a ball was snapped ahead of the current campaign. The outside linebacker produced a series of stellar performances for the Pittsburgh Steelers and he shares the record for the most sacks in a season with Michael Strahan. Both registered 22.5 sacks.

Myles Garrett completes the top three in the betting market ahead of the season starting. The defensive end is a talented operator who has been turning out for the Cleveland Browns since 2017 and seemingly gets better with the passing of every season. Making over 50 tackles last term has drawn attention to a player who has managed 58.5 sacks throughout his career.

It’s worth casting the net far and wide in terms of the defensive positions when it comes to this betting market. TJ Watt won the award last season for the first time to add his name to that of his brother JJ Watt, who collected the award in 2012, 2014 and 2015 during his time at the Houston Texans.

Donald also has three defensive player of the years awards on his list of achievements picking up the award in 2017, 2018 and 2020. The Rams will hope a fourth can be his this season.

In 2019, Stephon Gilmore of the New England Patriots denied Donald four straight wins to become the cornerback to be named defensive player of the year since Green Bay Packers' Charles Woodson won it in 2009.

It’s always worth keeping an eye on the outsiders in this market although it’s an NFL Futures market where the favorites often compete hard to get the most nominations. It can sometimes be profitable to secure a return from picking two or even three players in order to make an impact and cover more than one base when it comes to placing your wagers on your NFL betting apps.

Ultimately, you shouldn’t rule out defensive players in any position considering that linebackers, defensive ends and safetys have all claimed the award in recent years. It’s always hard to assimilate the different positions, although we recommend taking a watching brief and judging each player's early performances before going ahead and placing your bets.