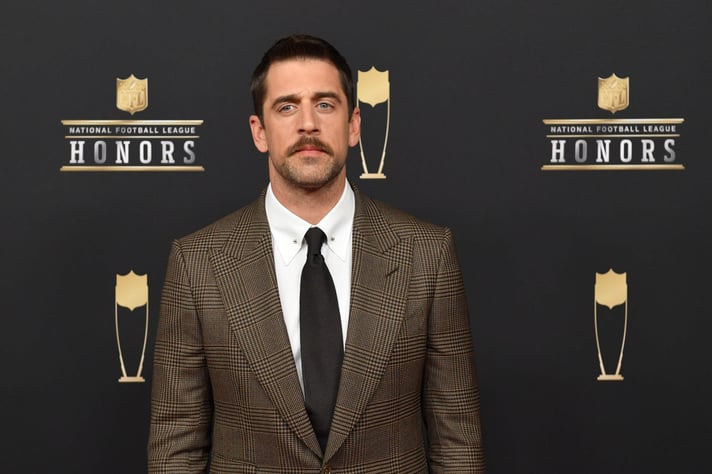 The NFL regular season comes to an end this weekend, and for the front runners leading the markets to win the game's top individual honor, this is a chance to shine once again. The four players at the top of the MVP market at NFL betting sites all know they will feature in the playoffs, and we look at which player has the best chance of landing the top award.

Kansas City Chiefs quarterback Patrick Mahomes is the odds-on favorite on NFL betting apps to win his second MVP award, after taking the honor at the end of the 2018 season. In certain categories, Mahomes has improved on that brilliant season which is why he is the current front-runner. Mahomes has completed 67% of his passes, while in 2018 he had a completion percentage of 66%. The Chiefs quarterback needs just 50 yards against the Raiders this weekend to surpass the 5,097 passing yards from five years ago. The one category he won't improve, is the number of touchdown passes thrown. He is 10 short of the 50 he threw in his first season as a starter.

If Mahomes does not win the MVP award, then Joe Burrow is poised to win his first MVP award. The Cincinnati Bengals quarterback needs 352 yards to finish with more passing yards in the regular season than last season, when he led his team to the Super Bowl. Burrow has the same number of touchdown passes as he threw last season, and he still has a game to play. More importantly, Burrow has been sacked 12 times fewer than last season, but 39 is still too high a number. Burrow needs a big game this weekend against the Ravens if he is to land the honor.

Josh Allen started the season as the MVP favorite, and the Buffalo Bills quarterback has lived up to the billing. His numbers are on par with last season, but Buffalo's win percentage has increased from 64.7% to 80% ahead of the Week 18 slate of games. Allen's maturity is similar to that shown by Mahomes and Burrow, who have both been to a Super Bowl. This could be the year that Allen makes it to the Championship decider.

Eagles quarterback Jalen Hurts is another who could win the MVP award. Philadelphia were the last undefeated team this season, when they won their first eight games. They were 13-1 when Hurts hurt his shoulder and missed two games. Back-up quarterback Gardner Minshew was unable to lead the Eagles to victory against Dallas and New Orleans, which actually enhanced Hurts' case to be this season's MVP. Hurts is an outsider to win the award with USA sports betting sites, and he needs a massive game at home to the Giants this weekend if he is to claim the prestigious award.

As mentioned, you have to look predominantly at the quarterbacks playing for the leading NFL sides. In the past nine years, we have seen a player QB in the MVP winners', with 2012 the last time a non-QB won the award.

Adrian Peterson has a special season for the Vikings that year, and RB is the only other position worthy of any consideration. As you might expect, the MVP tends to come from a winning team, and that means you are looking for strong performances in the regular season.

It's worth creating some kind of shortlist for the Most Valuable Player considering there has been a succession of different winners over the past few seasons. Although Aaron Rodgers achieved back-to-back successes in 2020 and 2021, there were five different winners who came before that rare double.

How to Back Winners on the NFL MVP Market

This is a win-only market with sports betting apps considering there is no such thing as finishing in the places or being runner-up in the NFL Most Valuable Player award. However, there is nothing to stop you backing more than one selection, and some customers like to have a couple of runners against the field. If you sign up with more than one sports betting site and avail yourself of multiple betting offers you could back more than one player more easily.

To give you an idea of the benchmark that has to be achieved in order to stand a chance in the MVP betting market, 2021 winner Rodgers threw 37 touchdowns against just four interceptions during the NFL regular season. Twelve months previously, he led the league with 48 touchdown passes and only five interceptions.

Brett Favre is the only player in history who has landed the MVP award on three consecutive occasions, showing how rare the feat would be fore Rodgers to win it for a third consecutive year. The main selection criteria would be yards, touchdowns, completion percentage and team record.

Make sure you compare the latest Most Valuable Player betting odds and see which sportsbooks are offering the biggest price for the selection(s) you want to back. You don’t have to place your bets before the season begins; you can monitor the early rounds and performances before deciding which way to wager, though this will likely mean the odds aren’t quite as favorable.