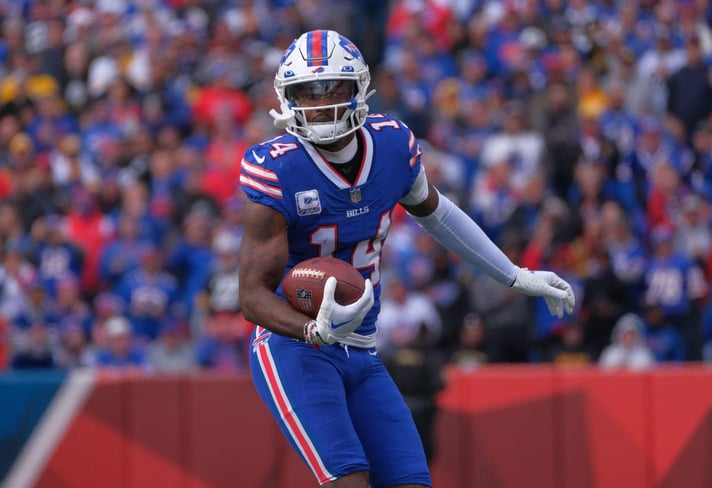 Happy Turkey Day, everybody! Thanksgiving is here, and that means two things - a big turkey dinner and lots of NFL action. With three Thursday games to sink your teeth into at NFL betting sites, there’s a whole host of NFL player props available. Let’s take a look at some Thanksgiving player props that have a chance of winning and some that have a chance of winning big.

Why should I bet it? - Diggs sits third in the NFL with eight receiving touchdowns this season. On Thanksgiving, he goes on the road to visit a very porous Lions passing defense. They’ve allowed the sixth-most passing yards on the season along with 16 passing touchdowns.

Remember Stefon Diggs’ performance in Week 4? Three touchdowns and 148 yards against a Titans D that is similarly weak against the pass. Him scoring twice on Thanksgiving at +400 with FanDuel sportsbook looks like the bet for this game.

Why should I bet it? - With wide receiver Wan’Dale Robinson out for the rest of the season, the Giants are very thin at the position. Step up, Darius Slayton. The fourth-year receiver has been flying under the radar this season, putting up over 50 receiving yards in five of his seven games this season, including in each of his last four.

His line is a result of the elite defense he faces and the fact that the Giants don’t throw the ball a whole lot. In a game they’re expected to lose, they’ll need to air it out. Expect Slayton to be Daniel Jones’ number one target and go over his 46.5-yard total with DraftKings sportsbook.

Why should I bet it? - Stevenson has shown himself to be by far the most explosive running back in New England. With the retirement of James White earlier this year, he has stepped into the receiving role and filled that very well, averaging over four receptions per game.

Last week, the Vikings faced a similar 1-2 punch in Zeke Elliott and Tony Pollard. Pollard ran riot in that game, notching up over 100 receiving yards to go with 80 on the ground. Stevenson is unlikely to match that, but he should be able to pass the 91.5 scrimmage yards line set by BetMGM sportsbook and is -120 to do so.

With three Thanksgiving games and any number of NFL player prop bets available, bettors who decide to get involved are sure to find the NFL picks they’re looking for on one of our best NFL betting apps. Whatever you decide to go with, be sure to bet responsibly and have a great Thanksgiving.