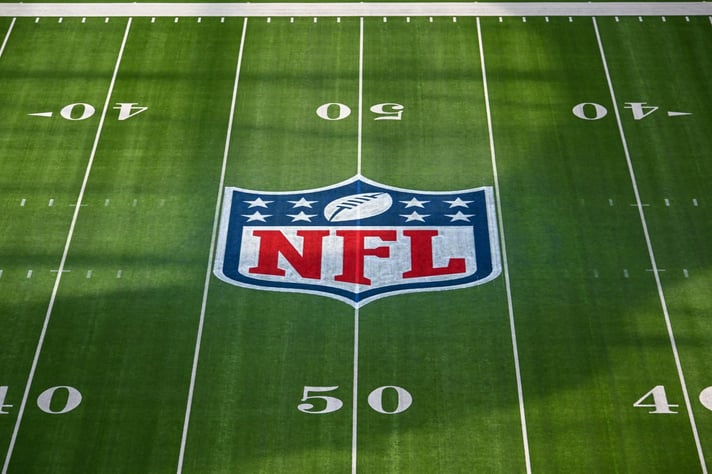 The NFL season is nearly upon us, which means we've now got the chance to visit the best NFL betting sites and avail ourselves of any and all of the numerous betting offers that will be available before the game kicks off in Los Angeles on Thursday, September 8.

Bookmakers.com is here to guide you through the odds and market lines before the regular season gets underway, so you can make the best possible NFL picks at NFL betting apps.

It won’t be often that you’ll find the defending Super Bowl champions as underdogs going into Week 1 of the NFL season, but that’s exactly what the Los Angeles Rams are when they play at home to this year’s Super Bowl favorites, the Buffalo Bills.

Josh Allen and Co. come to town ready or redemption after their heartbreaking divisional round overtime defeat to the Chiefs last season. Working the Rams’ favor is their streak of five opening weekend wins in a row. This is a matchup worthy of the prime-time Thursday Night Football slot it holds.

The New England Patriots’ Mac Jones was the most surprising rookie of the season, helping the Pats to the postseason in just their second season without Tom Brady under center. He did it with deadly accuracy, and he might need it against the Miami Dolphins in the opener.

Fresh off trading for Kansas City Chiefs superstar wideout Tyreek Hill to pair with last year’s first-round rookie Jaylen Waddle, the Dolphins think they have the pieces around Tua Tagovailoa to seriously compete in the AFC East. Week 1 will be the first test of that theory.

The post-Drew Brees world for the New Orleans Saints didn’t go smoothly when starting quarterback Jameis Winston went down with an ACL injury in Week 8. He’s back under center and will hope to get off to a strong start against another team dealing with life after a franchise Hall of Famer.

The Atlanta Falcons will be starting a season without Matt Ryan at quarterback for the first time since 2007. Marcus Mariota will be the incumbent until they likely throw the reins to rookie Desmond Ridder. It could be a long season in Atlanta, who have lost their last four season openers.

The Indianapolis Colts will have a different starting quarterback for Week 1 for the fifth consecutive season. That could go a long to explaining why the Colts have the longest Week 1 losing streak in the NFL of eight consecutive years. Following the trade for Matt Ryan, expectations are high for a deep playoff run.

“Expectations are high” is not something that will often be said of the Houston Texans in the leadup to the season. They will hope that second-year quarterback Davis Mills continues to show enough promise as their long-term rebuild continues.

The Baltimore Ravens finished bottom of the AFC North for only the second time in their history last season. Some of that was due to 2019 NFL MVP Lamar Jackson missing five matches, and they will hope he can remain healthy for the whole season this time around.

The New York Jets have had one winning season in the last 11 and have lost their last three season openers. 2021’s second overall pick Zach Wilson might have had a small sample size, but the sample wasn’t pretty, and they will need marked improvement from him and the rest of the roster to compete in the AFC East.

This will be the first time that Ben Roethlisberger won’t be on the Pittsburgh Steelers roster since 2003 after his retirement. His presumptive replacement, Kenny Pickett, is one of the favorites for the Offensive Rookie of the Year award.

They won’t have often gone into a game with the Bengals as nearly a touchdown underdogs, but the Joe Burrow-led Cincinnati Bengals fell just short in last season’s Super Bowl and feel they have strengthened their porous offensive line enough to go one better this time around.

The San Francisco 49ers are entering the Trey Lance era. After giving up the farm to pick him third overall in 2021 and virtually giving him a redshirt season, he’s stepped into the limelight and has big expectations on his shoulders.

On paper, he has a relatively easy start to the season against a Chicago Bears team that went nowhere fast last season. They’ll be hoping for big improvement in his second year from Justin Fields.

The big storyline in this season opener is Baker Mayfield starting under center against his old team. After being the first overall pick and starter for the Cleveland Browns since 2018, Mayfield was unceremoniously dumped off to the Panthers in a trade. The Browns are paying him more this season than his current team.

The Carolina Panthers have walked the line of mediocrity the last five seasons – never good enough to challenge for a postseason spot and not bad enough to completely tank. Will this season be different?

After two consecutive seasons of having the first overall pick in the draft, the Jacksonville Jaguars might hope to win more than their combined four total games in the last two seasons.

They come up against a Washington Commanders team that has Carson Wentz starting for his third different team in three years. Maybe the 2016 number two overall pick can find a forever home in the nation’s capital under experienced head coach Ron Rivera.

Can Jalen Hurts finally convince the Philadelphia Eagles fanbase he is the long-term answer at quarterback? The answer to that question will go a long way to deciding what sort of season the Eagles have. Philly have retooled the defense in the form of Haason Reddick and first-rounder Jordan Davis.

The Detroit Lions go into the second season of Dan Campbell era hoping for more than just sympathetic encouragement from onlookers. This could be Jared Goff’s last chance to prove he is a starting NFL quarterback.

Aaron Rodgers is the reigning two-time NFL MVP, but the Green Bay Packers have nothing to show for it. You suspect they would swap the individual hardware for the Vince Lombardi Trophy come February.

The Minnesota Vikings cut ties with Mike Zimmer after eight years as head coach this offseason and are going with a first-time head coach from the Sean McVay coaching tree in Kevin O'Connell. The former NFL QB will hope to corral the erratic Kirk Cousins and improve on last season’s 8-9 record.

The Las Vegas Raiders made the postseason for only the second time in the last 19 years last season, and their addition of superstar wideout Davante Adams should make them an even tougher proposition.

Justin Herbert is one of the preseason favorites for MVP after a sparkling first two seasons in the NFL. His passing prowess hasn’t led to the postseason yet for the Los Angeles Chargers, however. Both of these franchises have won their last three season openers, so that record will be changing for one of these teams.

The New York Giants haven’t had a winning season for the last five years, but they enter the new season with new head coach Brian Daboll hoping to spring life into fourth-year quarterback Daniel Jones and the offense, but it may have to start in Week 2 since they have lost their last five season openers.

After two seasons of winning the AFC South but not even making it to the AFC Championship Game, Mike Vrabel’s Tennessee Titans will want a better performance come January, though there could be more competition within their own division from the Colts.

The Kansas City Chiefs have been to the last four AFC Championship Games in consistency only matched by the Patriots dynasty in modern times. With Tyreek Hill traded away, expect Patrick Mahomes to target Travis Kelce even more in the passing game.

The past two seasons have seen the Arizona Cardinals come out hot and fade as the season has gone on. Halfway through last season they were 8-1 and presumptive Super Bowl favorites. By season’s end, they were 11-6 and out of the playoff picture. Kliff Kingsbury, Kyler Murray and co. will want to put that right this season.

Tom Brady decided to run it back once more after initially retiring following the Tampa Buccaneers’ playoff defeat to the Rams. This could be the 45-year-old’s last dance, and he does it under a new head coach in Todd Bowles following Bruce Arians’ abrupt retirement.

After returning to the playoffs for the first time in three attempts last season, the Dallas Cowboys will want more than a one and done in Wild Card Weekend. This is the prime-time matchup everyone in the America will be tuning in to.

Since winning the third Super Bowl in their history in 2015, it’s been tough sledding for the Denver Broncos. They’ve failed to even make the playoffs in that time. But they took a huge swing for the fences this offseason with the trade for Russell Wilson. That should open contention window wide open.

Which team did the Broncos trade Wilson from? But, of course, it was the Seattle Seahawks. Expect a raucous atmosphere at Lumen Field come kick off on Monday Night Football.

Bookmakers.com is the place to be for all your NFL needs this season. Be sure to check out our NFL, NFL player prop and NFL picks through every week of the season. If you need more information on placing NFL bets, read our guide on how to bet on the NFL.