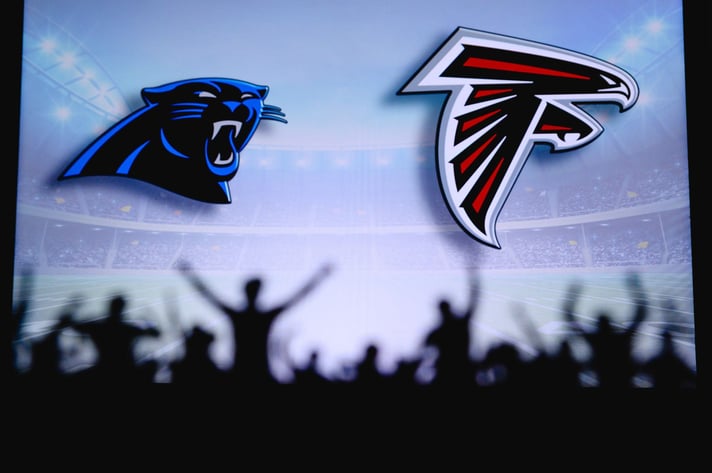 We're well past the season's halfway mark and are into the home stretch as teams jostle for position in the postseason or in next year's draft. We have all the odds, spreads and betting information you could ever need to help you make the correct choices at NFL betting sites ahead of Week 10 of the NFL season.

Bookmakers.com is here to guide you through the odds and spread information ahead of Week 10 of the regular season, so you can make the best possible NFL picks at NFL betting apps.

At the start of the season, the prospect of an NFC South tilt between the Carolina Panthers and Atlanta Falcons would have been appealing to the NFL when choosing it for Thursday Night Football.

However, the Falcons are currently level at the top of the NFC South standings with the Bucs at 4-5, while the Panthers are just waiting for the season to end and sit at 2-7 after a 42-21 beatdown by the Bengals. Hope springs eternal, though, after these two teams played out a 37-34 overtime thriller in Week 8

Is this the final season that we see the great Tom Brady in action? At age 45 and with his powers appearing to wane, it certainly seems a strong possibility. So let's take every opportunity to enjoy the Tampa bay Buccaneers quarterback while we can, and that includes in Week 10 against the Seattle Seahawks.

The Seahawks are one of the surprise packages of the season and are winners of four straight to sit easily atop the NFC West. Geno Smith is playing like Joe Montana, while Brady and his receiving corps are playing as if they have never seen each other before. This could be a close one.

By Week 10 it is usually pretty clear which teams are still playing for a spot in the postseason and which ones could down tools in order to gain a better draft in the offseason. This game between the Detroit Lions and Chicago Bears would appear to have two teams in the latter category, sitting at 2-6 and 3-6, respectively.

The Lions beat the Packers in Week 9, while Justin Fields broke the record for the most rushing yards by a losing quarterback in NFL history with 178 yards on just 15 carries. He also had three touchdown passes and has looked a more accomplished passer the last couple of weeks. Whichever team wins will hurt their draft chances next offseason.

The Miami Dolphins appear to be built to be playing in January and beyond, but they need to stay healthy to get that far. The Cleveland Browns have been treading water most of the season and will likely continue doing so without their starting quarterback, Deshaun Watson.

The Dolphins might be the most entertaining team to watch in the league right now after 31-27 and 35-32 wins the last two weeks. The Browns enter Week 10 coming out of their bye week and having beaten the Bengals on Monday Night Football. Can they string two wins together or will the Dolphins have too much firepower?

No matter the result, we are probably in for a bit of an offensive slog. The Broncos have posted more than 20 points in a game just twice this season, while the Titans have done it only three times. In Week 10, the Titans had 172 rushing yards, which was more than double the amount of passing yards.

This could very well be a preview of the Super Bowl. The Buffalo Bills have looked every inch the favorites for the trophy this season, loss in the heat of Miami notwithstanding. The Minnesota Vikings have been very impressive in the first year of Kevin O'Connell's tenure.

Hands up who had the Bills falling to the Jets in Week 9? At 6-2, the Bills have the joint-best record in the AFC this season, but both the Dolphins and jets are breathing down their necks in the AFC East at 6-3. This could be the perfect time for the Vikings to play the Bills after winning their sixth-straight game in Week 9.

Looking at the schedule in the preseason, you would have been forgiven for thinking this game didn't need to be watched because the only implications involved would be for the draft. However, the New York Giants have surprised a lot of people - this writer included - this season and will provide a more than stern test for the Houston Texans.

The Texans have lost three on the bounce and only won one contest all season. The Giants, while coming off a loss to the Seahawks, are 6-2 and looking to continue their push for their first postseason place since 2016 and should boost their chances this week.

When the Jacksonville Jaguars won two straight to start the season 2-1, they would have been salivating at the thought of competing with the big teams in the AFC. However, they have fallen hard since then and will instead enter Week 10 on the road against the Kansas City Chiefs with trepidation.

The Jaguars pulling off a 27-20 win over the Raiders might have looked like an impressive feat before the season started, but given the Raiders are 2-6 it takes some of the sheen off the win. However, It pulls the Jags almost level with the Colts in AFC South. Bizarrely, it was the Colts who inflicted one of the Chiefs' two defeats on them thus far.

At this time of year, there is always likely to be the odd matchup between teams who are neither looking at the very top of the draft next year nor the playoffs. The Week 10 matchup between the New Orleans Saints and the Pittsburgh Steelers is one of those contests. Diehard fans, fantasy football players and bettors will be the only ones interested.

The Steelers and Panthers have won five games between them this season and both will be thinking about draft position in the offseason. A win for either would damage their chances of landing in the top five of the draft.

The Las Vegas Raiders had a hideous start to Josh McDaniels' tenure as coach, losing four of their first five. It appears their chances of making the playoffs have gone up in smoke. The Indianapolis Colts may be extra motivated to win this after McDaniels famously left them high and dry after initially accepting the head coach role that Frank Reich had until Monday in 2018.

These two teams are dumpster fires this season, and fanbases of both will almost certainly be hoping for a defeat so they can keep up good draft position. The Raiders have thrown away leads in most of their games this season. There is virtually no danger the Colts will overcome an early deficit this week.

This NFC West matchup has a real "lose and your season is over" vibe to it entering Week 10. This is particularly the case for the Arizona Cardinals who have started the season 0-2 in the division, where the division tiebreaker could be used to determine who makes the postseason come Week 17. The Los Angeles Rams are trying to stay in the Super Bowl hunt with all their might.

It's doubtful many people would have had the Cardinals and Rams pegged for six wins between them entering Week 10, but that's the reality of the situation. Can either team post a run of consecutive wins to make the postseason, or are they already out of contention?

A Week 10 fixture between the Green Bay Packers and Dallas Cowboys would have been seen as a potential playoff precursor before the season began. After the Packers lost five in a row against the Giants, Jets, Commanders, Bills and Lions, that may no longer be the case.

Remarkably, the Packers are still only second in the NFC North despite losing five on the bounce for the first time since 2008. This doesn't look a great time to be playing the Cowboys coming off their bye week. The 'Boys are 6-2 and look primed for a playoff run in the new year.

The Los Angeles Chargers and the San Francisco 49ers have legitimate playoff aspirations but have flattered to deceive at points this season. If the Chargers fail to make the postseason once again, head coach Brandon Staley could be on his wait out the door.

The only consistency for the 49ers this season has been their inconsistency. The Chargers haven't been a great deal different after entering the season once again with high expectations. A loss for either team would further dent their dwindling playoff hopes.

The Philadelphia Eagles appear to be a legitimate threat to win the Super Bowl this season. Can they keep up their momentum throughout a 17-game season? A divisional matchup with the Washington Commanders that they won the reverse of earlier this season could be exactly what they need to stay hot.

The Commanders have won three of their last four matches and ran the hot Vikings close in Week 9, but they remain double-digit underdogs for Monday Night Football because the Eagles are the league's only remaining unbeaten team at 8-0.