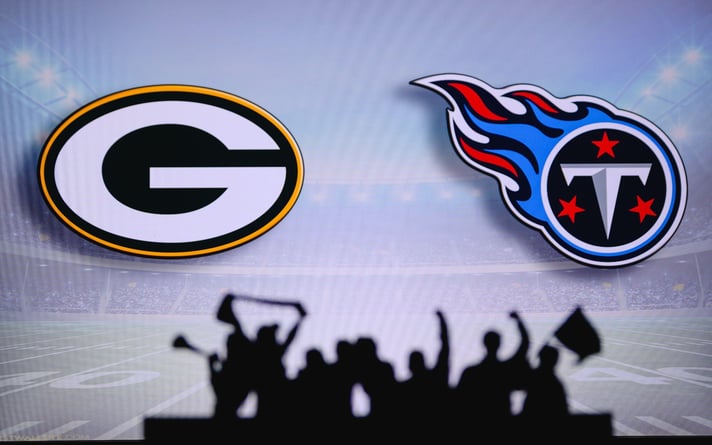 Through 10 weeks of the NFL season, teams are split into two distinct groups: tankers and postseason hopefuls. We have all the odds and betting information needed to help bettors make informed choices at NFL betting sites.

Bookmakers.com is here to guide you through the odds and spread information ahead of Week 11 of the regular season so you can make the best possible NFL picks at NFL betting apps.

After losing five straight games from Week 5-10, the Green Bay Packers are in danger of missing out on the playoffs for the first time since 2018. The solid Tennessee Titans are likely to provide no favors.

The Packers stopped their losing streak with an overtime win over the Cowboys, but they have still won just once in six games. The Titans have six of their last seven matches yet are, curiously, three-point underdogs when travelling to Lambeau Field.

The Detroit Lions are absolute masters at losing close games. The New York Giants have won seven games by one possession this season. This could be another tight game.

After losing five straight, the Lions appear to have hit their midseason stride with back-to-back narrow wins against divisional rivals in the Packers and Bears. They face a Giants team now within one game of the lead in the NFC Conference.

The Indianapolis Colts were supposed to be playoff contenders this season, but they have been a laughing stock in recent weeks. Head coach Frank Reich is out the door and replaced by someone who has no coaching experience outside of high school level in Jeff Saturday. Reich's former offensive coordinator Nick Sirianni has led a remarkable season for the Philadelphia Eagles to this point.

The Eagles will have expected to turn up to Lucas Oil Stadium with their unbeaten record intact but surprisingly lost to the Commanders on Monday Night Football on the back of a four-turnover performance. Can the Colts shock everyone and keep this a close game or maybe even win? Probably not.

Without putting on a show each week, the Baltimore Ravens have been quietly getting the job done in the AFC North. The Carolina Panthers are playing out the season for what should be a pretty high first-round draft pick in 2023.

The Ravens have won three in a row and look in the driver's seat to win the AFC North. The Panthers are turning back to Baker Mayfield, who had four touchdowns and four interceptions as a starter in five games this season.

Is this game between the Atlanta Falcons and the Chicago Bears a matchup for 2023 NFL draft position? The Falcons are surprisingly in the mix for a playoff spot because of the putrid NFC South.

The Falcons, despite having lost their last two and sitting at 4-6 overall, are just one game back for the lead in the NFC South. That is more an indictment on the division than how well the Falcons have played. The Bears' Justin Fields appears to have turned a corner and will be looking to continue his remarkable rise in recent weeks.

This has not been the follow-up season the Los Angeles Rams would have envisaged after lifting the Vince Lombardi trophy in February. Can they keep their faint postseason hopes alive against the New Orleans Saints?

Marking the 3-7 Saints as three-point favorites against the defending Super Bowl champions would have been unthinkable ahead of the new season. However, losers of three straight, the Rams are looking lost at the moment and may not get back on track at the Caesars Superdome.

The New England Patriots extended their winning streak over the New York Jets to 13 matches in Week 8. If the Jets can limit their turnovers perhaps they can halt that slide.

The standings would suggest the Jets should be the favorites for this tilt. They are 6-3 to the Patriots' 5-4 and are 4-0 on the road this season. However, they lost 22-17 to the Patriots just two games ago. If Zach Wilson doesn't throw three interceptions again, the Jets could be good value.

Somehow the Cleveland Browns have remained just about relevant in the AFC North while they wait for Deshaun Watson to return from suspension. Facing the Buffalo Bills is not what you want with a backup under center.

The Bills lost the most remarkable game against the 8-1 Vikings in Week 10 to move them to third in the AFC East. They will need to beat the Browns handily to get their Super Bowl aspirations back on track after consecutive losses.

Many expected the Houston Texans to be a bad team this year, and they haven't disappointed in that regard. They host the Washington Commanders, who have been hanging on to the coattails of their strong NFC East rivals this season.

The Commanders have won four of their last five, including against the previously unbeaten Eagles on Monday night. However, that is still only good enough for last in the NFC East at present, so they must keep winning. The Texans present a very winnable game.

To say that the Denver Broncos and Las Vegas Raiders have underwhelmed this season would be an understatement. They each have a chance to put a smile on the faces of their fans in Week 11.

There won't be too many people signing up to watch this contest. If the Broncos had scored just 20 points each game this season, they would be 8-1. As it is, they are 3-6 and face divisional opponents Raiders, who have lost three in a row. The game earlier this season between these two produced an exciting 32-23 result in favor of the Raiders. Maybe lightning can strike twice.

This matchup between the Minnesota Vikings and the Dallas Cowboys could very well be a preview of a playoff contest come the new year. Both teams look built to last until February.

The Vikings have won seven in a row after their incredible overtime win over the Bills in Week 10. However, those seven victories have all been by one possession. Can they keep that streak alive against the Cowboys? If Dak Prescott plays to his potential this should be a blockbuster game.

The first contest between the Los Angeles Chargers and Kansas City Chiefs was one of the matches of Week 2 this season. If Kansas once again wins, we could be saying goodbye to the Chargers' postseason chances.

The Chiefs are entering prime form after three wins in a row, while the Chargers dropped to 5-4 with a 22-16 defeat to the 49ers in Week 10. To fall to 5-5 and three games behind the Chiefs in the division would be a long road back for Los Angeles.

Mike Tomlin has been head coach of the Pittsburgh Steelers since 2007, and this is going to be his team's first losing season of his tenure, which is a remarkable achievement. It does also mean that the Cincinnati Bengals should really reverse Week 1's defeat to the Steelers if they have designs on a postseason berth.

The Steelers won just their third game of the season in Week 10, but they showed in Week 1 that if their defense can get after Joe Burrow, they can trouble the Bengals. It may be unrealistic to expect another Pittsburgh win, but stranger things have happened in this league.

The San Francisco 49ers wouldn't have believed their luck that they didn't manage to find a trade partner for Jimmy Garoppolo when starter Trey Lance went down with a season-ending injury. He is keeping them alive in the playoff race, which is more than can be said for the Arizona Cardinals.

A Kyler Murray-less Cardinals defeated a Matthew Stafford-less Rams in Week 10, but that only takes their record to 4-6 on the season. A defeat of their divisional rivals, the 49ers, would keep their very faint postseason hopes alive. The 49ers have won two on the bounce and look to be challenging the Seahawks for the division lead.