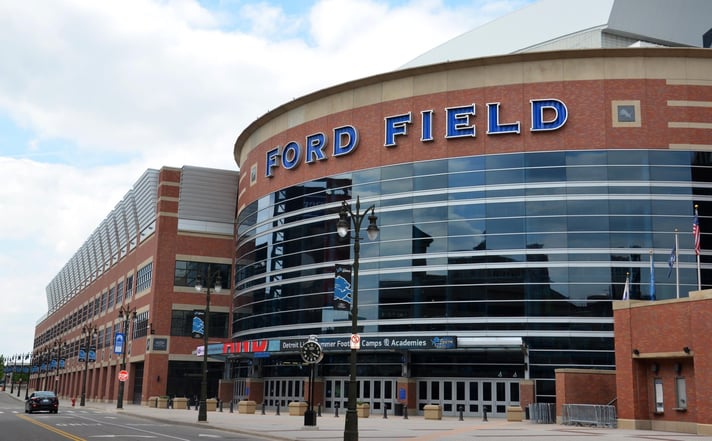 It's Thanksgiving week! As we head into the final third of the season, all eyes are on the playoff race. Well, almost all eyes, as the fans of teams languishing at the bottom of their divisions will likely be looking at potential draft position in the offseason. With all the odds, spreads and betting information required to make a profit at NFL betting sites Bookmakers.com has you covered ahead of Week 12 of the NFL season.

Make the best possible NFL picks at NFL betting apps with the information provided by us in this article.

The traditional Thanksgiving curtain-raiser at Ford Field sees the Detroit Lions host the Buffalo Bills this year. The two teams are at opposite ends of the spectrum and only one will be playing playoff football this season.

Despite this, the Lions are on a three-match winning streak that has seen them move to second in the NFC North. However, that is still only good enough for a 4-6 record. The Bills bounced back from two straight defeats to overcome the Browns in Week 11. They need to keep winning to keep pace in the best division in the league this season.

As is tradition in the NFL, the Dallas Cowboys host Thanksgiving's second game of the day, and it will be one with huge playoff ramifications. The Cowboys and New York Giants are jostling for position in the division behind the Eagles.

Both the Cowboys and Giants are 7-3 this season, they appear headed in different directions after recent weeks. Dallas just pummelled the joint-NFC-leading Vikings 40-3, while the Giants have lost two of their last three to the Seahawks and Lions.

It might very well be that the AFC West produces four teams with winning records. Unfortunately for the New England Patriots, they have been staring up at their divisional rivals for most of the season. The opposite can be said of the Minnesota Vikings and their NFC North rivals; the Vikes have been on top since Week 1 and not looked back.

The Patriots' Week 11 win over the Jets lifted them off the bottom of the division, but they still trail the Dolphins and Bills. The Vikings had been winners of seven on the bounce heading into Sunday's tilt at home to Dallas. A 37-point loss later, and they are looking more flawed than we had been led to believe.

The Baltimore Ravens will be looking to keep their momentum going into the latter third of the season and into the playoffs when they travel to Florida to face the Jacksonville Jaguars. The Jags are still hoping they might win more than six games in a season for the first time since 2017.

In the first non-Thanksgiving game of the week, the Ravens can extend their winning streak to five and stay one game ahead of the charging Bengals. The Jags have the Colts in their sights in the dismal AFC South, though that would be more for pride than any playoff place.

Week 12 provides a repeat of Super Bowl 50, in which the Denver Broncos defense overwhelmed Cam Newton and Carolina Panthers in the big show. There will be no appearance in the Super Bowl for either team this year.

No team in the NFL has produced fewer points than the Broncos this year, which is quite the departure from expectation after trading for Russell Wilson in the offseason. The Panthers are on their second head coach and potentially on their third quarterback of the season, which tells you all you need to know about how the season has gone.

The Miami Dolphins are 7-0 in games started by Tua Tagovailoa this season. The visiting Texans, however, have won just one game all season and are playing their way into the number one overall pick in the 2023 draft.

The Dolphins lead the AFC East by virtue of their record against the Bills this season. If they are to stay on top and not fall out of contention in this competitive division, they must keep winning. Luckily, for Miami, the Texans have been a relatively friendly team to face this season with one win, one tie and eight losses.

The Atlanta Falcons' visit to the Washington Commanders is unlikely to be setting any pulses racing. However, both teams are still in with a shout of qualifying for the playoffs, so they have plenty on the line.

The knives were out for Commanders head coach Ron Rivera when the team slipped to 1-4 on the season. They have since won five of the last six matches to give themselves an outside chance of usurping their NFC East rivals. The Falcons have a losing record but are still just one game back from the NFC South-leading Bucs.

For so many recent seasons, the New York Jets have been a laughing stock in the league, but this year they look more built to last. If they are to confirm the eye test, they must beat teams like the Chicago Bears.

The Jets went into their match against the Patriots on Sunday knowing a win would send them to the top of the AFC East. As it was, Zach Wilson completed nine passes in the contest and they picked up just two yards on offense in the entire second half. Justin Fields has lit up the Bears offense in recent weeks, but it hasn't led to wins, and he is questionable for this week's match with a shoulder injury.

Week 12 sees two teams with contrasting styles go head to head at Nissan Stadium. The Tennessee Titans like to run the ball down teams' throats and limit mistakes. The Cincinnati Bengals throw caution to the wind at times and go as far as the arm of Joe Burrow will take them. This could be a great game.

This could be Tom Brady's last dance with the Tampa Bay Buccaneers and NFL in general, and it may not end the same way the original last dance with Michael Jordan and the Chicago Bulls did. The Cleveland Browns are one week away from the return of starting quarterback Deshaun Watson.

The Browns are virtually out of playoff contention, but they haven't been a walkover for any team this season and will make Brady work hard for any result this weekend. Having won their last two, the Bucs now control their own playoff destiny.

With Kyler Murray and Justin Herbert at quarterback, respectively, fans of the Arizona Cardinals and Los Angeles Chargers should expect to be Super Bowl candidates every season. 2022 doesn't look like being that year.

Few teams have been as disappointing this season than the Cardinals. They are 4-7, and it looks like plenty of offseason change could be coming. The same could be said of the Chargers, who have been dark-horse Super Bowl candidates each of the last two seasons only to underwhelm.

Heading into 2022, many would have expected the Las Vegas Raiders to build on their 2021 playoff appearance and the Seattle Seahawks to be NFC cellar-dwellers after trading away Russell Wilson. Well, that's why everyone loves the NFL: nothing can be predicted.

The Los Angeles Rams' Super Bowl defense has been something of a nightmare from Week 1. Another nail in the coffin of the 2022 season could come from the Kansas Coty Chiefs this week.

To have had the Chiefs as 14.5-point favorites over the reigning Super Bowl champions in preseason would have been laughable. With the way the Rams have played so far, it might not be a large enough spread.

If the San Francisco 49ers have designs on another playoff run, they will need to be disposing of teams such as the New Orleans Saints. Things have not been plain sailing for Saints' first-year head coach Dennis Allen.

The 49ers won their third straight with a 38-10 dismantling of the Cardinals on Monday Night Football. Jimmy Garoppolo is hitting peak form just as they push for a high seed in the NFC playoffs. the Saints won't be in the playoff picture, but they have at least been fun to watch with plenty of points at both ends.

In preseason, this matchup will have been earmarked as a potential playoff preview in the new year. The Philadelphia Eagles have held up their end of the bargain and look set for the NFC's No. 1 seed. The Green Bay Packers have finally learnt that Aaron Rodgers needs legitimate receiving help for the team to make the playoffs.

The Eagles came within a couple of points from losing their second straight game against the Colts before Jalen Hurts turned on the magic late in the fourth quarter. The Packers followed up their win over the Cowboys in Week 10 with a disappointing 10-point loss to the Titans.

This matchup between the Pittsburgh Steelers and Indianapolis Colts is probably not the prime-time matchup the NFL had in mind when scheduling this for Monday Night Football. The Colts have been offensively laughable, and the Steelers are heading for a first losing season since before Mike Tomlin took over as coach in 2007.

Only four teams in the league have scored fewer points than the Colts this season. Unfortunately for viewers on Monday night, the Steelers are one of those four teams. This could be a match to miss.