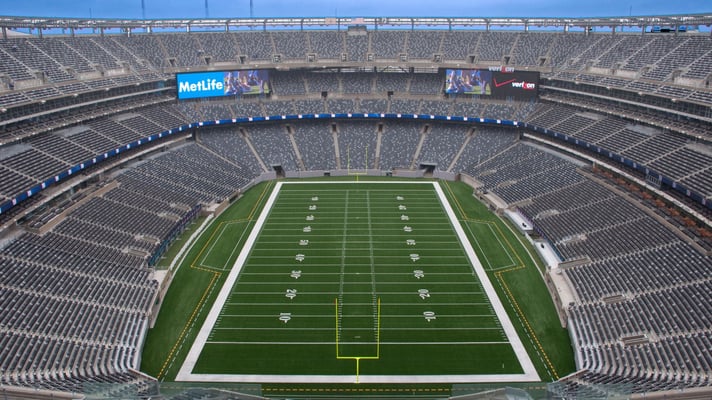 Week 16 means only one thing: Christmas football! Playoff positions galore are still up for grabs, and the top 10 of next year's draft is still to be finalized. As the teams scramble in the last three weeks, Bookmakers.com is here to guide you through each contest with odds and spreads to aid your wagering at the best NFL betting sites.

Armed with all this information and what has gone previously this season, you will be in a great position to make your NFL picks at NFL betting apps.

At the start of the season, and even at the campaign's midway point, this matchup would have been circled by NFL draft aficionados as it should have pitted 2020's Nos. 1 and 2 picks against one another. The New York Jets reinstated Zach Wilson to the starter's job in Week 15, so the showdown with Trevor Lawrence and the Jacksonville Jaguars is back on.

Wilson was once again unconvincing in a Jets defeat, but head coach Robert Saleh said he is likely to stick with him. Lawrence has quietly led the Jags to three wins in four matchups, including last week's comeback win against the Cowboys. They are now just one game behind the Titans for the AFC South lead.

After a slow start to the season, many were questioning whether the Cincinnati Bengals had the strength to go deep into the postseason again, but they appear headed that way. The New England Patriots look set to miss out on the playoffs in the hyper-competitive AFC East.

The Patriots had the chance to take their game into overtime in Week 15 to have a chance to win it and level with the Dolphins for second in the division. However, the most bizarre brain-fade from Rhamondre Stevenson and Jakobi Meyers led to the team lateralling the ball to the Raiders for a walk-off touchdown as time expired. The Bengals won their sixth in a row to take control of the AFC North.

The Tennessee Titans had long been in control of the AFC South given the ineptitude of the other three teams in the division. However, all is not well as they fired their general manager Jon Robinson in Week 14 and have now lost four in a row to open the door to the Jags in the division. The Houston Texans were supposed to be a bad team this season, and they haven't disappointed in that respect.

The Texans may have lost nine in a row, but they have continued to compete until the very end. They were in the lead deep into the fourth quarter against the Cowboys in Week 14, while it took until overtime for the AFC's second-seeded Chiefs to beat them 30-24. Can the Texans cause an upset against the suddenly hapless Titans?

Despite a surprisingly low positive point differential, the Minnesota Vikings look primed for a high seed in the NFC playoffs. The New York Giants have been fighting for a wild-card place all season, and they aren't out of it yet.

The Vikings are the No. 2 seed in the NFC at present, but it's anybody's guess how. In Week 15, they were 33-0 down at half-time before breaking the record for the biggest comeback in NFL history to defeat the sorry Colts in overtime. The Giants overcame the Commanders to keep them in charge of their own wild-card destiny.

The Bears lost their seventh match in a row but really gave the NFL's No. 1 team, the Eagles, a fright in the process in Week 15. The Bills outlasted the Dolphins with a strong fourth quarter to take control of the division. They have already clinched a playoff spot and can take care of the AFC East with another win this week.

What the NFL, and us bettors, really want is for every game to mean something. However, the matchup between the New Orleans Saints and the Cleveland Browns doesn't mean a great deal. Neither are good enough for the playoffs or playing for a draft pick as their first-rounders are owed to the Eagles and Texans, respectively.

Neither the Browns nor Saints are completely out of the playoff picture, but at 6-8 and 5-9 respectively, a lot needs to go their way in the last three weeks to have any chance. Here's to hoping we have plenty of highlight plays at least.

The Baltimore Ravens had been leading the AFC North practically all season until an inopportune injury to Lamar Jackson let the Bengals in, now they are looking at a wild-card spot. The Atlanta Falcons were similarly in the hunt for the NFC South, but they appear to be playing out the season at this point.

Jackson may have added an extra zero on his offseason contract demands after the Ravens scored its fewest points in a game in 14 years without him under center in Week 15. He should return Saturday, which would boost their playoff chances. The Ravens can clinch a playoff spot this week if results go their way, but they may have to wait another week. Desmond Ridder's debut with the Falcons didn't provide hope for the Falcons putting up a fight here.

There wouldn't have been many people figuring the Seattle Seahawks would be in the playoff picture this late into the season. But what looked like Geno Smith's world that we were just living in has fallen apart in recent weeks. Presumptive MVP Patrick Mahomes has the Kansas City Chiefs humming, so this could be a classic.

The Seahawks have lost four of their last five but still hold out hope of a wild-card spot as they are just half a game back from the Commanders in the final place at present. The Chiefs have already clinched their AFC West division title, so they are playing exclusively to get that No. 1 seed back from the Bills.

If the Detroit Lions had started the season the way they are finishing it, they would be a dark-horse playoff contender. Will their penchant for losing tight games for the first half of the year cost them? The Carolina Panthers are on their second head coach and third starting quarterback this season.

The Lions have now won six of their last seven games, with the one defeat a three-point loss to the AFC's No. 1 seed, the Bills. They are now on the cusp of a wild-card spot, which seemed highly unlikely even a month ago. A matchup against the Panthers should give them ample opportunity to make it seven wins in eight.

The San Francisco 49ers are also on to their third starting quarterback, but that is because of rotten injury luck. 2022 Mr Irrelevant Brock Purdy is showing he is anything but irrelevant for the 49ers. The Washington Commanders have been on a tear in recent weeks but still trail the Eagles and Cowboys in the NFC East.

The 49ers have seven straight games and already clinched the NFC West. They are unlikely to reach the Eagles but will have their eyes set on catching the Vikings for the No. 2 seed. The Commanders lost to the Giants in Week 15, but they still hold on to the final wild-card spot at present.

In what is likely to be the matchup of Week 16, the Dallas Cowboys host the Philadelphia Eagles on Christmas Eve evening. If the Eagles win, they will have the NFC No. 1 seed wrapped up. Lose, and the door potentially opens for Dallas and others.

If the Cowboys hadn't come unstuck against the Jags in overtime Sunday, this contest could have had even more juice to it. As it is, both these teams have clinched playoff spots and the Eagles are the presumptive NFC East winners. Jalen Hurts is a doubt for this contest, so perhaps the Cowboys can smell blood.

To get you all excited for the visit of Santa, we have two teams in the Pittsburgh Steelers and Las Vegas Raiders who won't be making the playoffs. But their improved form recently has also moved them out of prime draft position.

As unlikely as it may seem, the Raiders and Steelers haven't been knocked out of playoff contention. However, at 6-8 on the season, they are at least two games back from the final wild-card spot with just three weeks left. They have edged themselves out of the top 10 in the NFL draft picture too.

Merry Christmas! Can the Miami Dolphins get their playoff hopes back on track when they host the Green Bay Packers. The best the road team can hope for is getting rookie phenom Christian Watson a couple more TD catches to improve his offensive rookie of the year credentials.

The Dolphins have lost three straight but still sit in second place in the AFC West and occupy the final wild-card spot in the AFC. Another couple of victories should make it safe for them. The Packers aren't out of the playoff picture just yet, but they need plenty of results to go their way.

Just as you've filled your stomachs to bursting point, the NFL has provided an extra special Christmas treat. Or at least it should have. Instead, in the Los Angeles Rams and Denver Broncos we have two teams who haven't been able to muster 10 wins between them this season.

This game is more likely to make you feel sick than hungry for more Christmas action. There really isn't much more you can say about two fairly putrid offenses this season.

Finishing off the Christmas Day feast of football, is the Tampa Bay Buccaneers on the road at the Arizona Cardinals. The Bucs are looking like the weakest division champions in the league, while the Cardinals have long since said goodbye to their playoff chances.

The Bucs are first in the NFC South, but they have a 6-8 record and Tom Brady gave up a 17-point lead for the first time in his career this past week. The Cardinals were knocked out of playoff contention for good with defeat to the Broncos Sunday.

The Indianapolis Colts have won just two home games this season. Weirdly, one of those was against the juggernaut Chiefs. The Los Angeles Chargers are 4-2 on the road this season.

The Colts made history by becoming the first team to give up a 33-0 lead and lose this past weekend. They face a surging Chargers, who can clinch a playoff spot with a win if other results before they kickoff go their way. Expect Justin Herbert and co. to have a field day.