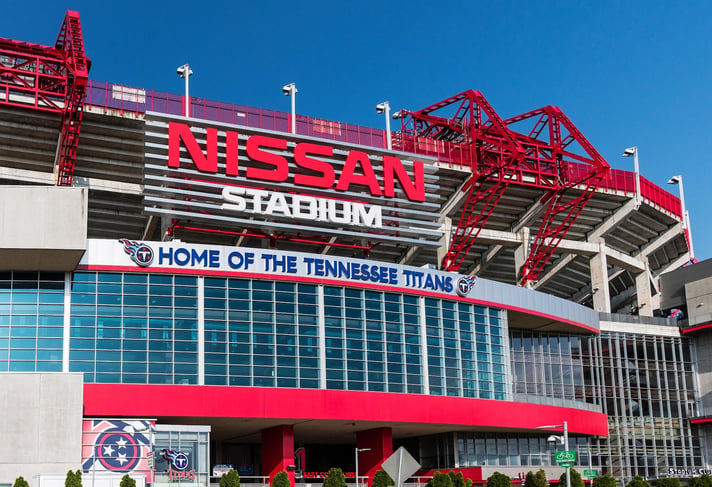 We've reached the penultimate week of the NFL season. Most of the playoff participants are known, but there are still the final places to be decided as well as working out what the NFL draft order will be this offseason. With the help of all the odds, spread information and what has gone on before we aim to help you make the best NFL picks at NFL betting sites in this Week 17 slate.

Is this a matchup between two playoff-bound teams? The Dallas Cowboys have been riding the coattails of the Eagles all season but appear to be clear in the wild-card race. The Tennessee Titans look a flawed team in contention in the deeply flawed AFC South.

Five weeks ago, the Titans were sailing serenely to the postseason, but now they have lost five games in a row and are level with the Jaguars at 7-8. with their matchup in Week 18 likely to settle who qualifies for the postseason from that division. The Cowboys beat the Eagles in Week 16 to renew hope of chasing the NFC's top seed.

The AFC East rivals, the Miami Dolphins and New England Patriots, are both locked in their own AFC wild-card playoff battles, so this is a huge game.

The Dolphins are in a tailspin after losing four straight. They take on a Patriots team who have lost two in a row themselves. The Pats sit a game back from Miami and need to win to keep their wild-card hopes alive.

If the NFL could define games that don't have a lot riding on them, the matchup between the Arizona Cardinals and Atlanta Falcons would be somewhere close. Neither are bad enough for the top pick in the draft and neither are good enough to make the playoffs.

It says an awful lot about where the Cardinals are entering Week 17 that they can open as 3.5-point favorites despite losing their last four. The Cardinals are lost five straight, and it appears both teams are just waiting for the season to end.

The Carolina Panthers have had a movie-script season. Unfortunately for them, it would be a bad movie. They have cycled through three quarterbacks and have an interim coach leading them. The Tampa Bay Buccaneers are in pole position to win the division with a sub-.500 record.

At this point, you would forgive the Denver Broncos for wanting to punt on the rest of the season. Unfortunately, they face divisional rivals and juggernauts, the Kansas City Chiefs this week.

The Broncos were embarrassed by the Rams 51-14 on Christmas Day, which led to the firing of head coach Nathaniel Hackett, mainly because the team can't fire quarter Russell Wilson at this point. The Chiefs will still chase the AFC's No. 1 seed to get a first-round bye in the postseason.

At this point in the season, the questions that are coming up are whether the Philadelphia Eagles will rest any starters ahead of what they hope is a deep playoff run? The New Orleans Saints are, presumably, trying to work out what they can do to fill their time during the first round of the NFL draft as their pick is owed to this week's opponents.

The Eagles stumbled against the Cowboys without starting quarterback Jalen Hurts. He is doubtful for Sunday with the priority being him being healthy in time for the postseason. That still isn't likely to open the door for the 6-9 Saints, even if they have won two straight. An Eagles win will secure the NFC's No. 1 seed.

After the Washington Commanders lost four of their opening five games, the knives were out for head coach Ron Rivera. That they have battled back into contention for a playoff spot is to their immense credit. The Cleveland Browns have battled through what was likely viewed as a lost season before it even started.

The Deashaun Watson era hasn't started as gloriously as the Browns might have hoped. The Commanders can qualify for the postseason this week, but they need plenty of results to go their way. The more likely scenario is a win-and-in Week 18 matchup with the Cowboys.

You have to love the attitude of the Detroit Lions under head coach Dan Campbell. They have fought tooth and nail in every game this season. You can also appreciate the strides that Justin Fields has made for the Chicago Bears this season. This should be fun to watch.

The Lions were closing on a wild-card spot after finishing the season like a freight train. Then they lost to the Panthers in Week 16. They now need results to go their way to have any chance of a postseason berth. The Bears have lost eight in a row, but Fields has been a highlight reel each week.

At one point in the season, the New York Giants were matching the divisional rival Eagles win for win. However, they have failed to keep pace since the midway point. The Indianapolis Colts, despite high preseason expectations, have never been at the races this season.

The Giants will clinch a postseason berth with a win against the hapless Colts, who have finally been eliminated from contention. The Colts have lost five straight and will be hanging on to the fact they currently hold the No. 5 pick in next year's draft.

The Houston Texans have two wins to their name this season. It just so happened that one came against this week's opponents, the Jacksonville Jaguars. If the Jags are to go into next week against the Titans in control of their destiny, they will need to win.

After three straight wins, the Jags are on top of the AFC South and know that if they win their last two, they will be in the postseason for the first time since 2017. The Texans somehow sneaked a win against the Titans in Week 16 and another victory before the end of the year could scupper their No. 1 overall pick plans.

Two-thirds through this season, both the New York Jets and Seattle Seahawks were realistic playoff contenders. As we enter this Week 17 game, that may still be the case but their destinies are not in their own hands.

They had both looked prime to be dark-horse contenders in the postseason, but they have combined to lose their last seven matches. The losing team this week can wave goodbye to the playoffs for another year.

The San Francisco 49ers are on their third quarterback of the season due to injuries to Trey Lance and Jimmy Garoppolo. Even with Brock Purdy under center, they keep winning. The Las Vegas Raiders have made an unwanted habit of throwing away large leads this season. Can they do it again?

The 49ers have won eight in a row and have long since clinched the NFC West division. They are also highly unlikely to get a first-round bye in the playoffs. Will they rest any starters as the playoffs come into view? The Raiders and Derek Carr could be heading for a divorce in the postseason. Will this be his penultimate start for the team?

The Minnesota Vikings beat the Green Bay Packers in Week 1, but little did we know how divergent these two teams' paths would be after that. The Packers have been circling the drain for some time, while the Vikings are limping to the postseason.

The Packers are still just about in the hunt for a playoff berth after securing three straight wins. However, they don't have control of their own destiny. The Vikings have already clinched the division, but their performances have been so spotty recently that the Packers are actually favorites for the matchup.

Week 17 sees the second Los Angeles rivalry game since both Chargers and Rams moved there. The Rams won that matchup 35-23, but you'd get long odds on the same happening again.

The Chargers clinched their postseason berth with a routine 20-3 win over the Colts on Monday Night Football. They are locked into their seeding so could feasibly look at resting players in the last two weeks. The Rams are finishing the season strongly.

A matchup between the Baltimore Ravens and Pittsburgh Steelers in Week 17 would typically have playoff implications for both teams. However, this is likely to be Steelers head coach Mike Tomlin's first losing season since taking over in 2007.

The Ravens remain one game back from the Bengals in the AFC North. If they lose and Cincy win, then the best John Harbaugh and co. can enjoy is a wild-card berth. The Steelers have been a tough out for teams in recent weeks, winning their last two, so this won't be easy for the Ravens.

In what could be a preview of the AFC Championship Game, the Cincinnati Bengals host the Buffalo Bills. The Bengals got to the Super Bowl last year, while the Bills were beaten in the divisional round by the Chiefs. This could be an instant classic.