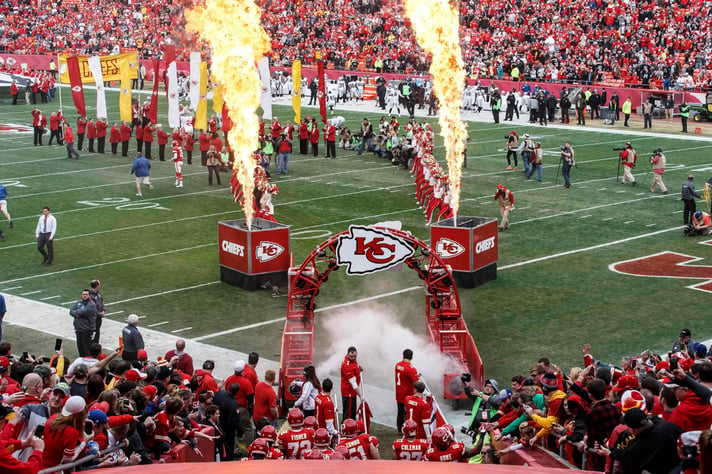 With one week in the books, we look ahead to the second week of the NFL season and which teams you could look to back at NFL betting sites.

Bookmakers.com is here to guide you through the odds and market lines ahead of Week 2 of the regular season, so you can make the best possible NFL picks at NFL betting apps.

The Kansas City Chiefs went 7-2 at home last year but must deal with life without star wide receiver Tyreek Hill after his trade to the Miami Dolphins. The Los Angeles Chargers are team on the up with Justin Herbert leading the way as one of the best young quarterbacks in the league.

Both teams started the season with victories and will be looking to stake an early claim on the AFC West crown. Patrick Mahomes and Herbert looked in midseason form in Week 1 and will hope to continue that against their divisional rivals. The season series finished 1-1 in 2021 with both teams losing their home tilts.

The New York Jets have won a total of 17 games combined in the last four seasons and enter Year 2 of the Zach Wilson era hoping for better this time around. The Cleveland Browns traded away Baker Mayfield and have starter Deshaun Watson suspended to start the season, but Myles Garrett and co. should keep the defense competitive.

With Joe Flacco under center in place of Wilson, the Jets had a predictably slow start to the season against the Baltimore Ravens. The Browns won the Mayfield duel at the death following a Cade York 58-yard field goal in the closing stages on his debut Sunday.

Tom Brady returns for Year 23 in the NFL after flirting with the idea of retiring in the offseason. It's Super Bowl or bust for the Tampa Bay Buccaneers. The New Orleans Saints will hope the second year removed from future Hall of Famer Drew Brees will be smoother than the first with Jameis Winston under center.

Brady virtually coasted through the Bucs' Week 1 win over a Dallas Cowboys down Dak Prescott during the game, while the Saints got a last-gasp win against NFC South rivals Atlanta Falcons. Both teams will need to improve throughout the season to make some noise in the postseason.

The Miami Dolphins have tooled up this offseason to pair Tyreek Hill with Jaylen Waddle out wide. The Baltimore Ravens have had a typically understated offseason but will once again rely on 2019 MVP Lamar Jackson to lead them to the playoffs and beyond.

The Ravens weren't particularly pushed by the lowly Jets in Week 1, though they'll need to significantly step up against one of the more fun teams to watch in Week 1, the Dolphins. The first week of the Tua-Hill-Waddle triumvirate passed the eye test against the New England Patriots, but sterner tests could be forthcoming.

Carson Wentz is starting for his third different team in as many years hoping to make it stick this time with the Washington Commanders. The Detroit Lions will be hoping to at least better their win total of three from 2021 in the second year under head coach Dan Campbell.

The more things change, the more they stay the same is an idiom that neatly describes the Lions' Week 1 effort against the Eagles. Last season they were often applauded for their plucky demeanor in losing efforts, and they came from multiple scores down against the Eagles to lose by three on Sunday. The Commanders started the season with an underwhelming win at the Jaguars. This should be a close game.

The Indianapolis Colts will be hoping Matt Ryan fixes what ails them after having different starters each season since the shock retirement of Andrew Luck in 2019. The Jacksonville Jaguars have had a surprisingly good record against the Colts in recent seasons, getting two of their four total victories in 2020 and 2021 against their AFC South rivals.

Hands up if you had the Colts tying with the Houston Texans in Week 1? The Colts were terrible for three quarters and then came storming back to have a chance to win it in overtime only to miss the field goal. They, weirdly, still top the AFC South after a game because of Jaguars and Titans defeats. The Jags were more competitive than many thought against the Commanders. Hope springs eternal for them after a rough few years.

Year 1 of the post-Ben Roethlisberger world could be tricky for the Pittsburgh Steelers. Coach Mike Tomlin has never had a losing season, but that could be tested this time around. Mac Jones should go from strength to strength after a phenomenal rookie season with the New England Patriots but will need help.

The Steelers came away with five turnovers on defense and gave up none against the Bengals and still only won via an overtime field goal. That doesn't bode well for the rest of the season if the offense can't contribute. The Patriots were blown out by the Dolphins to start the season and could be exposed by their lack of offensive playmakers.

The Carolina Panthers and New York Giants have been stuck in no man's land for the last few seasons and will hope a good start to the season could signal better times ahead.

The Giants somehow engineered a Week 1 win at last season's AFC No. 1 seed, the Titans. It took a missed field goal as time expired to get there, but if Saquon Barkley and Daniel Jones can keep it up, this could be a good season for the men in blue. Baker Mayfield provided as much spark as Sam Darnold did last year for the Panthers, and they could be in for a long season again.

Atlanta Falcons start a season with a quarterback not named Matt Ryan for the first time since 2008, and they come up against the reigning Super Bowl champions, the Los Angeles Rams, in Week 2.

The fact the Rams were blown out by this year's Super Bowl betting favorites, the Bills, could provide solace for the Falcons, who lost at the death against the Saints on Sunday. Matthew Stafford will need to look more like the Super Bowl-winning quarterback he is if the Rams are to get back to the big show this year.

After the first week of the season, you wouldn't have guessed it would have been the 49ers with buyer's remorse on their quarterback. The weather played a part, but San Francisco could be worried about Lance behind center. Geno Smith, starting a Week 1 tilt for the first time since 2014, engineered a win against Wilson and the Broncos, much to the delight of Lumen Field.

The Las Vegas Raiders made the playoffs for only the second time in the last 20 years last season and have added Davante Adams to their roster. The Arizona Cardinals will hope newly rich quarterback Kyler Murray can lead them to the postseason.

If Week 1 is anything to go by, Murray may not be leading them to the postseason. The Cardinals' schedule doesn't get much easier with a trip to Las Vegas to face the Raiders. The Raiders also lost in Week 1, but there is optimism that the Adams-Carr partnership will bear significant fruits this season.

The Houston Texans were one of the worst teams in the NFL in 2021 and things aren't expected to be much better this time around. They visit the Russell Wilson-led Denver Broncos in Week 2.

The last thing the Broncos and Wilson will have expected would have been a defeat against the Seahawks to Wilson's former backup, Geno Smith. But that's exactly what happened. Instead of going into this game confident of a big one, it may be closer than expected after the Texans tied with the Colts in Week 1.

Fresh off a run to the Super Bowl, the Cincinnati Bengals and Joe Burrow will be hoping to go one further in 2022, and they face the Dak Prescott-less Dallas Cowboys in Week 2 at AT&T Stadium.

The line a week ago would have made the Cowboys favorites, but news that Prescott faces surgery and weeks out with a thumb injury, seemingly makes Dallas sitting ducks. Joe Burrow will have to improve markedly from his five-turnover day in Week 1, but this could be the game he needs to break out.

The rivalry between the Green Bay Packers and Chicago Bears is one of the oldest in the NFL, and the NFC North foes will renew hostilities in Week 2.

There may be a new dominant team in the NFC North after the Packers were beaten handily by the Minnesota Vikings. Perhaps it will just take a few weeks for Aaron Rodgers to get used to life without Davante Adams. The Bears have reason to be optimistic after overcoming the 49ers in the rain at Soldier Field and could provide problems for the Packers.

This season's Super Bowl favorites, the Buffalo Bills, take on a fellow 2021 AFC playoff participant in Week 2 in the Tennessee Titans. A hot start for Josh Allen and co. could be all they need to make a deep run in the playoffs.

Allen showed in Week 1 why he is the favorite in the NFL MVP betting market and why the team is the Super Bowl favorite, brushing aside the reigning champions, the Rams. The Titans lost a home tilt to the New York Giants. While the panic button won't have been pressed just yet, that is a far from ideal start for last year's AFC No. 1 seed.

The Philadelphia Eagles will be looking to further improve after Nick Sirianni's promising first year as head coach, while the Minnesota Vikings are themselves bedding in a new coach in Kevin O'Connell.

It's hard to know what sort of team the Eagles are after Week 1. Are they the team that went multiple scores ahead of the Lions, or the one that almost surrendered that lead and hung on for a three-point win? The Vikings couldn't have started the season better after a convincing win over the Packers that saw them rack up four sacks.

Bookmakers.com is the place to be for all your NFL needs this season. Be sure to check out our NFL lineups, NFL player props and NFL picks through every week of the season. You can also read the how to bet on NFL games guide to get the most out of this NFL season.