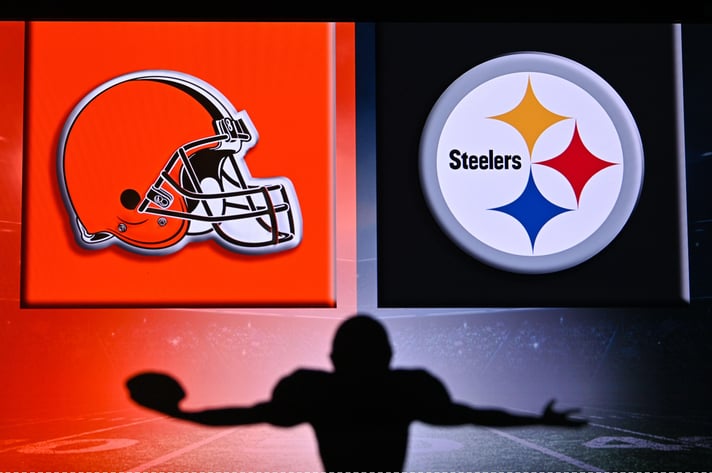 With two weeks of the regular season completed, the standings are starting to take shape, and you can make more informed decisions on who might win the Super Bowl at NFL betting sites.

Bookmakers.com is here to guide you through the odds, spreads market lines before Week 3 of the regular season gets underway, so you can make the best possible NFL picks at NFL betting apps.

Week 3 provides the Cleveland Browns' first test against AFC North foes in traditional rivals, the Pittsburgh Steelers. If either team are to make the playoffs, their performances in their own division will have a big say.

The Browns snuck a late win in Week 1 over the Carolina Panthers and proceeded to lose by a point to the New York Jets. The Steelers are also 1-1 to start the season and will miss TJ Watt for around six weeks with a torn pectoral. The team could turn over to Kenny Pickett sooner rather than later.

Week 3 provides the first opportunity for the Buffalo Bills to face a team that didn't reach the playoffs last season. However, in Tua Tagovailoa's third year, and being able to throw to Tyreek Hill and Jaylen Waddle, the Miami Dolphins will hope to be postseason-bound this year.

The Dolphins bounced back from a 21-point fourth-quarter deficit to beat the Baltimore Ravens and get to 2-0 on the season, but they face the NFL's dominant team in the opening two weeks. The Bills were preseason favorites for the Super Bowl and early indications suggest NFL betting sites were correct.

This is third straight AFC opponent for the New York Jets to open the season, and it doesn't get much more difficult, on paper at least, than last year's AFC Super Bowl representative, the Cincinnati Bengals.

In reality, this could be the perfect time to face the Bengals, who became the first team in the Super Bowl era to start the season 0-2 after being at least seven-point favorites for each game. The Jets rallied to beat the much-fancied Browns in Week 2 to get themselves to 1-1.

The Carolina Panthers open their NFC South account in Week 3, where the New Orleans Saints will complete the set, having taken on the Falcons and Bucs in Weeks 1 and 2, respectively.

The Panthers appear to be on the road to nowhere again. After two narrow defeats to the Browns and New York Giants, head coach Matt Rhule could be on the hottest seat in the NFL. The Saints are 1-1 and look like they can go as far as the limited Jameis Winston can take them after three interceptions while playing with fractures in his back on Sunday.

The Baltimore Ravens are 4-11 overall against the New England Patriots, and they'll want to improve that record when Lamar Jackson takes on Mac Jones in Foxborough.

Bill Belichick and the Patriots would have hoped that last season's promising rookie year for Mac Jones would mean bigger and better things this season, but with an underwhelming 1-1 start, perhaps they are another season away from contention. The Ravens threw away a 21-point lead in the fourth quarter against the explosive Dolphins in Week 2.

The Philadelphia Eagles have won eight of their last 10 against NFC East divisional rivals, the Washington Commanders, including both at home and on the road last season. The winner of the division could come down to these matchups.

The Eagles have two first-round picks next year, and it looks like the rich will get richer if their first two weeks are anything to go by. The Carson Wentz era is off to an exciting start in Washington, where he has 650 yards and seven touchdowns through two weeks. That is only enough to help them to 1-1 at this point.

Two teams with losing records in 2021, the Chicago Bears and Houston Texans will be hoping for a brighter future with their young quarterbacks, Justin Fields and Davis Mills, under center.

It's tough to know what sort of team the Chicago Bears are at this point, but the fact that Fields has only 191 total passing yards through two weeks doesn't spark optimism. The Houston Texans could be this year's 2021 Detroit Lions after a 20-20 tie with the Indianapolis Colts in Week 1 followed by a closer than expected 16-9 loss to the Denver Broncos.

Can the Indianapolis Colts keep Patrick Mahomes and co. quiet enough for Matt Ryan to do some damage of his own? The Kansas City Chiefs won the last time they visited Lucas Oil Stadium in 2016.

The Colts were supposed to the start the season 2-0. Almost anyone you asked preseason suggested they were a playoff team and the schedule started softly with the Texans and Jacksonville Jaguars. However, a fortunate tie and a shutout later and the Colts are staring down the barrel. The Chiefs rallied late against the Los Angeles Chargers to extend them to 2-0 on the season.

The Kevin O'Connell era at the Minnesota Vikings is only three weeks old, so it is too early to tell how the season will end for them. They host Dan Campbell's fiery Detroit Lions team in Week 3.

Much was made of the Vikings' dominant win over the Packers in Week 1, but Kirk Cousins' three picks helped the team to a 24-7 defeat to the Eagles Monday night. The Lions look a much tougher proposition this season than last and will hope to improve upon their record of no more than six wins in a season since 2017.

This is a matchup between two one-and-done AFC playoff teams from 2021. In fact, both the Tennessee Titans and Las Vegas Raiders were knocked out of the postseason by the Bengals. They'll hope to go a few steps further this time around.

The Raiders were looking at a comfortable win to get them to 1-1 against the Arizona Cardinals at 20-0 up at the half. However, they proceeded to let the lead slip in the fourth quarter before losing in overtime. The Titans' fall from the No. 1 seed in the AFC last season has been rapid after a 21-20 defeat to the Giants in Week 1 and a 41-7 shellacking to the Bills Monday night.

Two of the NFL's best young quarterback prospects face off in Los Angeles in Week 3. 2020 number six overall pick Justin Herbert is a sneaky NFL MVP candidate and he'll be hoping to lead the Los Angeles Chargers to the postseason. 2021 number one overall pick Trevor Lawrence will hope for a smoother second season under center for the Jacksonville Jaguars.

The Jaguars top the AFC South at 1-1 after shutting out the Colts in Week 2 to extend their unbeaten home run to eight games against Indy. Herbert hurt his ribs in Week 2, but the signs look good for him playing and seeking to extend his 6:1 touchdown to interception ratio to start the season.

After offseason trades of their starting quarterbacks, Russell Wilson and Matt Ryan, the Seattle Seahawks and Atlanta Falcons aren't expected to pull up any trees this year. However, if they can get early momentum they could make a run for the playoffs.

Following the emotional Week 1 win against Wilson and the Denver Broncos, the Seahawks came back down to the earth with a 27-7 defeat to the 49ers Sunday, where the offense accounted for none of the points. The Falcons have run the Saints and Los Angeles Rams close in the first two weeks but ultimately are 0-2.

Two future first ballot Hall of Famers in Tom Brady and Aaron Rodgers have another chance to add to their resumes in Week 3 with a win over the other. The Tampa Bay Buccaneers' Brady has three NFL MVPs and seven Super Bowls, while the Green Bay Packers' Rodgers has one Super Bowl and four MVPs, including the last two seasons. Expect fireworks.

The Bucs ground out a workmanlike win over the Saints on the back of three picks to extend to 2-0. The Packers got back on track with a seventh consecutive victory over NFC North division rivals, the Bears.

The Arizona Cardinals' two defeats to NFC West opponents, the Los Angeles Rams, last season were the difference between a potential first-round bye and being a wild-card team in the postseason. They will hope for better against the Super Bowl champions this time around.

The line here may have been far greater if both the Cardinals and Rams matches had been stopped at halftime in Week 2. The Cardinals were losing 20-0 before rallying to beat the Raiders 29-23, while the Rams were 21-3 ahead and only ended up beating the Falcons 31-27.

Two new quarterbacks were still bedding in for the Denver Broncos and San Francisco 49ers, so it's hard to tell what their ceiling is in 2022. Russell Wilson has made it through two weeks, but Trey Lance is now done for the season and replaced by Jimmy Garoppolo.

Some questionable play-calling has seen the Broncos lose their opener to the Seahawks and keep the Texans within a score in Week 2. New head coach Nathaniel Hackett's play-calling is something to keep an eye on this season. The 49ers are fortunate that no team paid the draft capital price to trade for Garoppolo in the offseason. He has deep playoff runs on his resume.

The Dallas Cowboys have dominated the NFC East rivalry with the New York Giants in recent times, winning nine of the last 10. They will need to keep that up if their lofty Super Bowl ambitions are to be realized.

The Giants have started the season 2-0 for the first time in six years, and optimism has been renewed in East Rutherford. The Cowboys got a surprising win over the Bengals in Week 2 under backup Cooper Rush. If the Giants can start 3-0, the playoffs could be on the horizon.

Bookmakers.com is the place to be for all your NFL needs this season. Be sure to check out our NFL lineups, NFL player props and NFL picks through every week of the season. As well as our in depth guide on how to bet on NFL games.