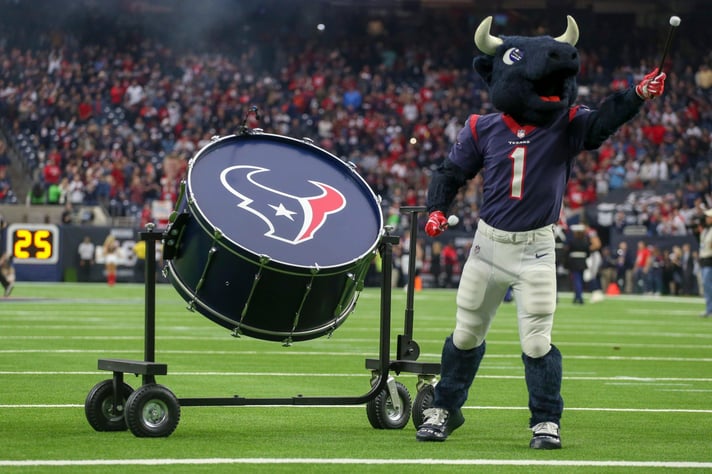 We're at the halfway mark of the NFL season, and the pretenders and contenders in both the AFC and NFC have made themselves clear ahead of the postseason in January. With the help of all the odds and betting information needed, Bookmakers.com provides you with all the tools needed to help bettors make their choices at NFL betting sites.

Bookmakers.com is here to guide you through the odds and spread information ahead of Week 9 of the regular season, so you can make the best possible NFL picks at NFL betting apps.

At the start of the season, the Philadelphia Eagles were unlikely to be on many people's shortlist for Super Bowl contenders, but they have made a miraculous start to the season. The Houston Texans have been as advertised, so this could be a long Thursday night for home fans.

After the Eagles extended their unbeaten run at the start of the season to move to 7-0, this feels like a layup for Nick Sirianni's team. That is especially the case when you consider the Texans are 1-5-1 on the season and average just 16.5 points a game to Philly's 28.

The 2022 season started so promisingly for the Jacksonville Jaguars, with two wins in their first three games, but the wheels have fallen off since. The Las Vegas Raiders have never seemingly got out of second gear this season, which may spell trouble for first-year head coach Josh McDaniels.

Time is running out for the Raiders to make any sort of impact in the postseason having dropped to 2-5 on the season with a hugely disappointing 24-0 defeat to the 3-5 Saints. The Jaguars are in the midst of a five-game losing streak and look destined to be picking inside the top 10 of the draft once again next year.

The Washington Commanders are fighting to make sure this isn't a lost season and potentially the last one of Ron Rivera's tenure. The Minnesota Vikings changed head coaches in the offseason, and the early returns are very promising.

The Vikings extended their record to 6-1 on the season with a 34-26 win over the Cardinals in Week 8, and the Commanders just squeaked past a poor Colts team 16-15 to move to 4-4. Despite three wins on the bounce, that 4-4 record is only good enough for last place in the strong NFC East this season.

The New England Patriots have dominated their rivalry with the Indianapolis Colts both historically and in recent times. The Pats have won eight of the last nine, but the most recent success was Indianapolis' last season.

Since Indy has handed the keys to the offense to 2021 sixth-rounder Sam Ehlinger, the Patriots might expect to return to winning ways in this rivalry. His first start ended in a 16-15 defeat to the Commanders, while the Pats rode their defense to a 22-17 win in Week 8.

The Buffalo Bills have won the last four against their AFC West rivals, the New York Jets. A similar two-game series win for the Bills in 2022 would put paid to any Jets postseason hopes.

The Jets were winners of four straight coming into their Week 8 matchup with the Patriots, then Zach Wilson threw up a stinker with three interceptions in a 22-17 loss. That leaves the Jets at 5-3, two games back from this week's opponents, the Bills. The Bills themselves inflicted a fourth defeat in a row on the Packers to extend their record to 6-1.

The Miami Dolphins started the season in a blaze of glory on the coattails of beating the Ravens after a fourth-quarter blitz and then the presumptive Super Bowl favorites, the Bills. Things were derailed while Tua Tagovailoa was sidelined by concussion, and a matchup with the Chicago Bears will be looked at as a victory possibility.

The Dolphins are 5-0 in games that Tagovailoa has started this season, so they will be desperately hoping he can stay healthy for the rest of the season. They take on a Bears team that is 3-5 on the season and could be looking at the mediocrity of an 8-9 campaign.

The Carolina Panthers haven't had a winning season since 2017. Sadly, for Carolina fans, 2022 doesn't look like the year that statistic will be changing. After a slow start to the season where Joe Burrow was running for his life every dropback, the Cincinnati Bengals had settled into a rhythm prior to Week 8.

The Panthers have shown signs of life in the last two weeks with P.J. Walker starting at quarterback, but they are still likely hoping to end up in the top 10 of next year's draft and may be sellers at the trade deadline. Burrow was sacked five times in a big 32-13 defeat to the AFC North rival Browns.

It is hard to know which Atlanta Falcons team is going to show up in a given week. Is it the team that lost its first two or the one that blew out the 49ers. The Los Angeles Chargers are about to find out on the road in Week 9.

The Falcons were rather handed a Week 8 37-34 overtime win over the Panthers courtesy of two missed kicks from Eddy Pineiro. That win takes the Falcons to 4-4 on the season and to the top of the NFC South division. The Chargers return from a bye week. Despite sitting at 4-3 on the season, they have failed to convince in any win.

With all the offensive weaponry at Kyler Murray's disposal, you would have been forgiven for thinking the Arizona Cardinals were Super Bowl contenders this season until the team said "hold my beer." The surprising Seattle Seahawks are led by the even more surprising Geno Smith.

The Seahawks carried on their merry way with a 27-13 win over the 6-2 Giants in Week 8 to make it two wins in a row after their seemingly inexplicable 39-32 defeat to the Saints. The Cardinals have another loss on their record, and this time it could be terminal as they sit at 3-5 through the first eight weeks.

The 2020 Super Bowl winners - the Tampa Bay Buccaneers - face the 2021 NFL champions, the Los Angeles Rams in Week 9. With two quarterbacks who have been there and done it, we could be in for fireworks.

At least that is what you would think on paper. However, Tom Brady has lost three games in a row for the first time in 20 years, and the defending champions sit third in their conference at 3-4 at nearly the halfway mark of their season. If one team loses it could end their postseason chances.

For all the success that the Kansas City Chiefs have enjoyed with Patrick Mahomes under center, they have a curious record against the Tennessee Titans. They have lost five of the last six games. That one matchup, however, was the AFC Championship Game in the 2019 NFL playoffs.

The Titans average just 18.9 points a game this season, but they somehow are in the middle of a five-game winning streak and are streets ahead of their nearest rival in the AFC South. The Chiefs lead AFC West at 5-2, with one of those defeats, bizarrely, against the moribund Colts. Otherwise, they look an absolute lock for the playoffs.

The New Orleans Saints' first-year head coach Dennis Allen is quickly learning how difficult it is to win if you have two journeymen options at quarterback. The Baltimore Ravens are firmly in their Super Bowl window with Lamar Jackson under center.

The Saints have been getting competent enough play out of Andy Dalton in recent weeks that he is keeping the reins despite the fact Jameis Winston is healthy again. They blanked the Raiders in Week 8 and will need to perform just as well to get anything out of the Ravens at home.