The NFL’s Most Fragile Teams: The Real Cost of Football Injuries 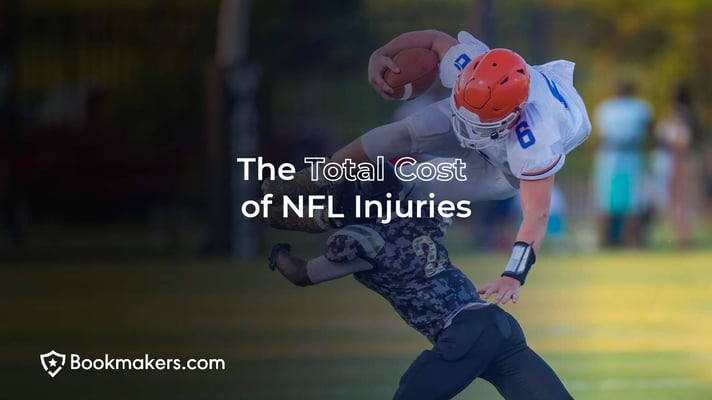 The NFL is among the most exciting, fast paced and enthralling sports leagues in the world. But with such intensity comes injures. In fact, injured players cost NFL teams a total $434 million in base salary payments last season alone, averaging $13.56 million each. But which franchises were forced to fork out the most on injured players, and which football stars cost their team the most?

To collect this data, we analyzed injury reports from ProFootballReference for each team, as well as base salary information for every injured player from Spotrac.

Players’ base annual salaries were then divided by the number of games in a season, before being multiplied by the amount of games they missed, to reveal how much they cost their teams.

Which Teams Spent the Most on Injured Player Salaries?

With an accumulative 237 games missed by players through injury during the 2021-2022 NFL season, including high-earners Marcus Maye, Carl Lawson and Corey Davis, the New York Jets took the heaviest financial hit. Spending $1.69 million each game on injured players’ base salaries, the Jets lost out on $28.67 million overall.

Next up, after spending almost $20.49 million paying absent players last season ($1.21 million per game), including quarterback Ryan Fitzpatrick who missed 16 weeks, the Washington Commanders were the second-hardest-hit team by injuries in the NFL.

Placing a close third, however, we have the Cleveland Browns. The Browns spent around $20.19 million on base salaries of injured players during the 2021-2022 season, coming in at almost $1.19 million per game - a quarter of which came through offensive lineman Jack Conklin alone.

In fourth, we have the Detroit Lions. Astonishingly, Lions players missed an accumulative 41,472 minutes of NFL action, which cost a total $20.08 million over the course of the season - or $1.18 million per game.

Finally, completing the top five teams by spend on injured players last season, we have the Tennessee Titans. Overall, Titans players missed 312 games combined last season to cost the team an incredible $19.40 million. Overall, 52 players spent at least some of the 2021-2022 season out through injury, with Derrick Henry proving to be by far the costliest and accounting for over a quarter of the spend.

Which Injured Players Cost Their Team the Most?

Missing a large portion of the 2021-22 NFL season, no injured player cost his team more than the Dallas Cowboys’ DeMarcus Lawrence. Breaking his fifth metatarsal early in the 2021-2022 season cost the Cowboys a massive $9.44 million due to his enormous base salary ($17 million - among the highest in the league at his position).

Trailing closely, we have Trey Flowers of the Detroit Lions. Flowers missed over half the season through a knee injury, costing his team over $8.46 million in contractual payments, based on his huge base salary of $14.38 million.

Missing almost the entire NFL season, an incredible 16 games, no injured player cost the Los Angeles Chargers more than Bryan Bulaga. Making only one appearance all year due to back and groin concerns, the Chargers spent $7.29 million in wasted wages – almost half his entire earnings at the franchise, considering he only made the switch to LA in 2020!

Maye’s 10 games out after tearing his Achilles cost $6.24 million, while Lawson’s 17 absences after only joining the Jets in 2021 totaled $6.20 million – he also suffered a ruptured Achilles. Combined, this means the Jets spent over $12.44 million covering both of their base salaries while they were in the medical room.

Rounding out the top five most expensive injuries last year, we have DeMarcus Lawrence, who broke his fifth metatarsal early in the 2021-2022 season. In fact, due to his enormous base salary ($17m - among the highest in the league), Lawrence’s six games out cost the Cowboys a massive $5.67m.

Now that we’re currently in the NFL offseason, players finally have time to recover from long injuries without inflicting heavy costs on their teams. But the next season will soon be upon us, so get ahead of the game and check out the latest betting news, or discover the best US betting sites from our partners.