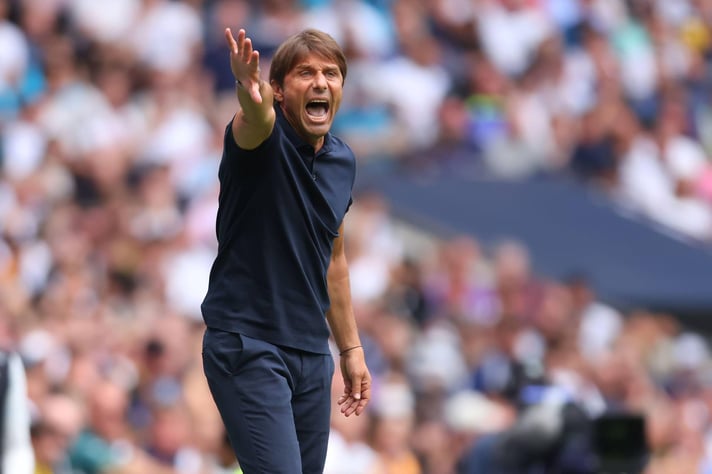 Over the past few decades, the north London derby has been a fierce yet inconsequential battle with just bragging rights at stake. But in the space of a year, when Arsenal and Tottenham Hotspur last met at the Emirates, both teams are now almost unrecognizable.

The Gunners head into the clash top of the Premier League rather than languishing near the bottom, while Spurs are no longer one game away from crisis under Nuno Espírito Santo and are instead led by Antonio Conte. Last season’s north London derby at the Tottenham Hotspur Stadium felt like the biggest clash between the two clubs since the 1991 FA Cup semi-final, with the game acting as almost a Champions League qualification playoff.

Now, the two bitter rivals once again go head-to-head in a game with massive implications, with soccer betting sites seemingly favoring the Gunners ahead of the clash. Mikel Arteta and Conte’s teams both have ambitions of holding on to Manchester City for as long as possible this season, and they head into this clash first and third, respectively, with just one point separating them.

Arsenal were the last team to win this fixture in the league as the away team in 2014, so given just how tricky this game is for the visitors, avoiding defeat will be the aim for Conte. It’s time to take a look at the major calls facing the Italian as he aims to secure a result away at Arsenal.

Without doubt the biggest talking point regarding Spurs’ lineup will be the formation. For most of his time in N17, Conte has deployed a 3-4-3 with a double pivot and two wingers either side of Harry Kane. But after several lackluster displays so far this season, supporters have been calling for change and to switch to a 3-5-2. This is a system that served him well at Inter Milan and on a couple of occasions in north London.

The calls to switch up the team’s lineup only grew louder after Tottenham finally put Leicester City to sword nearly a fortnight ago as Yves Bissouma came on for Dejan Kulusevski to add an extra body in midfield, and they went on to double their goal tally in the final 20 minutes. The midfield battle could be key in Saturday’s match, as when Arteta’s side have control in the middle of the park, the rest of the team then tends to click.

So, for the visitors, having an extra player in the midfield could be important to avoid them being overrun. The only concerning trade off would be the loss of an attacker.

Conte has a big call to make as he now has several options to choose from. Ivan Perišić and Ryan Sessegnon are likely to once again be the duo selected for this clash having also started against Leicester.

Emerson Royal is a player who Conte seems to trust, especially in the big games, but who many supporters agree is not the choice for this game. Djed Spence could also be an option having impressed for England Under-21s last week, but given his lack of experience, this appears unlikely.

Assuming Conte opts to stick with a 3-4-3, he will have another big call to make with his attackers. Harry Kane is of course a shoo in to start at the Emirates, but that then leaves Heung-Min Son, Richarlison and Kulusevski to fight it out for the final two spots. Son ended his goal drought in some style last time out as he netted a 15-minute hat-trick off the bench.

Conte must now decide whether he trusts the South Korean to return to the lineup. Richarlison has quickly forced his way into the team, breaking up Spurs’ formidable front three. The Brazilian’s ability and work ethic seems to have endeared himself to the manager.

Kulusevski is the other option. The Swede has arguably been Tottenham’s best attacker this season with a goal and three assists in seven matches. For this game, Conte could choose to switch back to his trusted front line of Kane, Son and Kulusevski.

Hugo Lloris is an injury doubt for this game, and Spurs will be sweating over his fitness. The 35-year-old had to withdraw from the France national team due to a thigh injury. The shot-stopper has been magnificent over the last couple of matches and losing him for a trip to the Emirates would be a disaster. Should the Frenchman fail to be ready in time, Fraser Forster is the man who will come in to replace him. The England international only this year managed to keep a clean sheet against Arsenal in a 1-0 win for Southampton. However, Spurs fans will still be hoping their number one is back for Saturday.

Tottenham have failed to win at the Emirates in the league since 2010 and have lost seven of their last 11 visits there. So, getting any sort of result on Saturday will feel pretty significant. It would also mean they will already have been away to Arsenal, Chelsea and West Ham this season and gone undefeated. In the big games under Conte, there have always been fireworks, and given the form of the two teams, Saturday’s north London Derby could be a real classic.

Jamie Brown
@Daily_Hotspur
1 Article
Jamie is a Tottenham Hotspur season ticket holder. He's the founder of Daily Hotspur which has grown to over 125,000 followers on Twitter. Regularly featured on BBC Sport, Sky Sports and TalkSport, he also writes for 101 Great Goals.
Read Articles