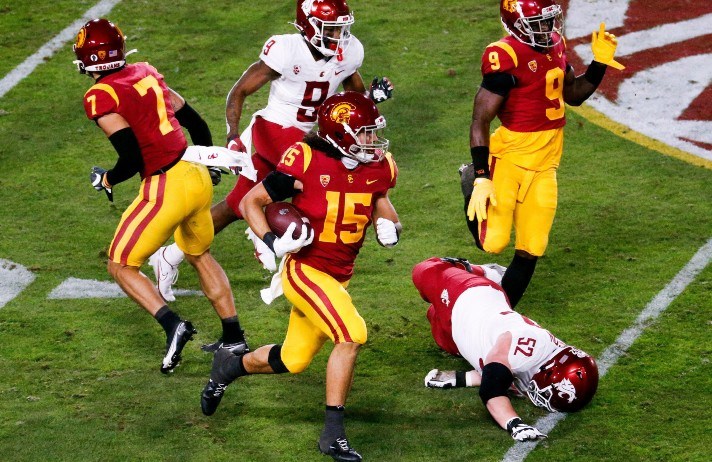 The Associated Press has the honor of naming which young player deserves to win the prestigious Rookie of the Year awards. Split into two categories, players battle it out to win the defensive and offensive accolades at the league's Honors Night at the end of the season.

The leading NFL betting sites provide NFL futures markets for the best offensive player in their first season in the league as soon as they are selected in the NFL draft.

The futures markets continue to update as the season wears on, depending on the performance of some rookies.

The offensive rookie of the year markets have fluctuated a great deal in the last few weeks of the season. Indeed, in just Week 12, we had a short-priced favorite in the form of Seattle Seahawks second-rounder Kenneth Walker III. With some NFL betting apps, he was priced as short as -130 but then drifted to +200 by Week 14.

As we take in Week 18 of the season, the Seahawks rusher is once again the favorite with most USA sports betting sites, but he isn’t without rivals who could usurp him. He has combined for 240 yards on the ground in the last two weeks as Seattle has kept its postseason hopes alive. His seasonal tally now stands at 936 yards on the ground, 155 receiving yards and nine total touchdowns. However, a down week could open the door to one or two rivals if the odds at the best betting sites are to be believed.

Just as Walker has benefitted from a two strong weeks, New York Jets receiver Garrett Wilson has suffered during the Jets’ quarterback uncertainty. Wilson has just 48 total yards in the last two weeks combined, having reeled in 433 in the four weeks prior to that. His lack of touchdowns could also be a hindrance, having only four all season. A big finish to the season could see him vault to the top as his odds of +200 with some betting apps would suggest.

The only other realistic winner of this trophy at this stage would be the biggest shock the NFL has potentially ever seen. Mr Irrelevant, the name given to the last player to be picked in the draft each year, has never won a rookie of the year award. Purdy also started the season as the third-string quarterback with the San Francisco 49ers and wouldn’t have been on anyone’s bet slips when looking at preseason odds on US betting apps.

However, injuries to Trey Lance and then Jimmy Garoppolo forced him into action late in the season, and he has played remarkably well. The fact he has only made five starts means he likely wouldn’t be in with a chance under normal circumstances, but they have all been wins for the red-hot 49ers. He has combined for 1,130 passing yards and 11 total touchdowns in that time. That has left him a +450 shot with some sportsbooks to take home the hardware.

Unlike the NFL MVP betting market, this isn’t a market that has been dominated too heavily by quarterbacks. While it’s clearly a glamorous role, there are other positions that get the opportunity to shine and that is highlighted by the historical evidence.

Wide receivers have struggled to make an impact when it comes to recent Offensive Rookie of the Year winners. Cincinnati Bengals' wide receiver Ja’Marr Chase won the accolade last year to become the first receiver to do so since Odell Beckham Jr. achieved a breakthrough moment for the New York Giants in 2014.

Kyler Murray (2019) and Justin Herbert (2020) are the most recent quarterbacks to win the prestigious honor for the Arizona Cardinals and Los Angeles Chargers respectively. The jury is still out on Murray in Arizona while big things are expected from Herbert this season after narrowly missing out on the playoffs last season.

After Alvin Kamara of the New Orleans Saints and the New York Giants' Saquon Barkley won the award in back-to-back years in 2017 and 2018, no running back has been able to follow in their footsteps.

The New York Jets will hope their man Breece Hall can provide a running threat missing from the team for many years. During his time at Iowa State, Hall was a two-time All-American and Big-12 Offensive Player of the Year. The Jets used their fourth overall draft pick to secure his services.

The best time to bet on the Offensive Rookie of the Year award is before the season starts. If they players in question get off to fast starts, their odds will shrink. After each slate of games, the odds will be adjusted accordingly with the leading betting sites offering the better prices.

With more and more betting offers being made available to new and existing customers, it might just be worth using them on this particular NFL market.