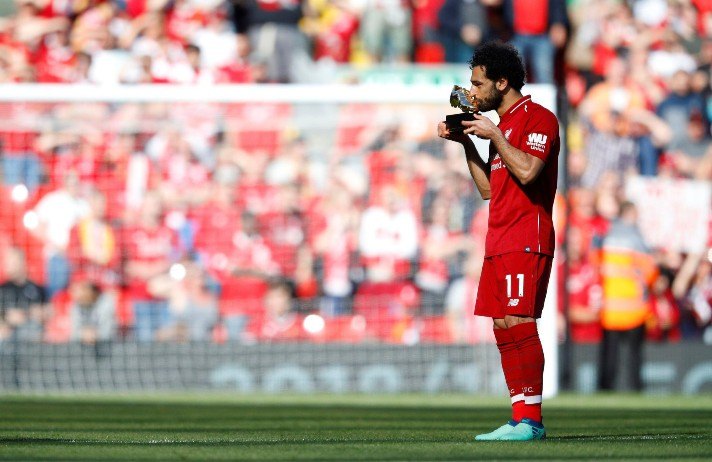 Between them, Alan Shearer (260) and Wayne Rooney (208) sit first and second on the Premier League’s all-time goal scoring list. Therefore, it’s no surprise that the deadly duo have scored the most goals in the opening weekend of the league with eight each. Frank Lampard also has eight opening weekend goals to his name during his spells at West Ham, Chelsea and Manchester City.

But the trio could be joined, or even overtaken, if their nearest rivals start the season on fire. Leicester’s Jamie Vardy and Mohamed Salah of Liverpool are both on seven opening day goals, and they will be well backed to open their accounts at the first opportunity with many of the leading betting sites.

He's sent one on one with the final defender, turns him this way and that - but a good recovery sees the striker's shot blocked.

Time is against Vardy, who will turn 36 in January, so this could be the last time we’ll see him claim his position in Premier League starting lineups for the first game of the season.

Vardy is 4/1 to open the scoring as the Foxes host Brentford on Saturday, and the former England international is 11/10 to be anytime scorer. Vardy, who has twice started a season with a brace, is 11/2 to score twice against the Bees and 25/1 to bag a hat-trick, which he has not managed to do on the opening weekend.

The omens are good for Vardy and the Foxes, who won both meetings with Brentford last season by 2-1 scorelines. Vardy missed the home game at the King Power Stadium and only played the first half in the 2-1 win at the Bees’ Community Stadium. To keep a track on how many goals Vardy scores this season, check out Bookmakers' Leicester's stats page.

A brilliant angle of @MoSalah's penalty and the passionate celebrations from the travelling Kop 😍 pic.twitter.com/Wqer2cC5pV

Salah was one of Liverpool's three goalscorers in their Community Shield win over Manchester City, slotting home a second half penalty, and after signing a new contract keeping him at Anfield until the summer of 2025, the Egyptian has plenty of time to set a new opening weekend record for others to chase.

The 30-year-old has scored in all five of Liverpool’s season openers he has been at Anfield. The 30-year-old is 16/5 to be first goalscorer at newly-promoted Fulham on Saturday and 1/1 to be anytime scorer. Salah helped himself to an opening day hat-trick two seasons ago when Liverpool beat Leeds 4-3, and he is 25/1 to score three this time around and 9/2 to start the season with a brace.

This is the fourth successive season in which the Reds have begun their campaign with a fixture against one of the promoted sides. Salah will be looking to add to the five goals he has netted in the previous three, and you can follow his progress throughout the season by visiting the key betting data on Liverpool's stats page.

The last time Fulham were in the top flight, they took four points from Jurgen Klopp’s side, who ended up finishing third at the end of the 2020/21 season.

If you have a free bet and you think both Salah and Vardy will score this weekend, you can get odds of 15/8.

The Golden Boot award is one of the more popular futures markets available with the best soccer betting sites.

Salah and Vardy are both previous winners of the Golden Boot award, presented to the leading scorer in the Premier League. Salah’s name is on the trophy three times following the 2017/18, 2018/19 and last season when he shared it with Tottenham’s Son Heung-Min.

Vardy’s one and only Golden Boot was awarded to him at the end of the 2019/20 campaign. Both players will be keen to get off to fast starts which will put them in pole position to win this season’s prestigious award.

Raheem Sterling, who left the champions Manchester City to join Chelsea in the summer, can join Shearer and Rooney on eight goals, but only if he scores a hat-trick. Sterling already has an opening weekend hat-trick to his name when he scored three for City at West Ham at the start of the 2019/20 campaign. Sterling can be backed at 150/1 to score three goals at Everton on Saturday.

Charlie Mullan
@CharliePMullan
14 Articles
Charlie spent 11 years as a sports reporter at the Hull Daily Mail before joining the Press Association where he helped set up their bespoke betting channel using his sports data to provide content to accompany odds operators were offering in key matches. Charlie is the sports editor for bookmakers.com covering everything from the Premier League to the NFL.
Read Articles