Could We See Another Leicester After Qatar 2022? 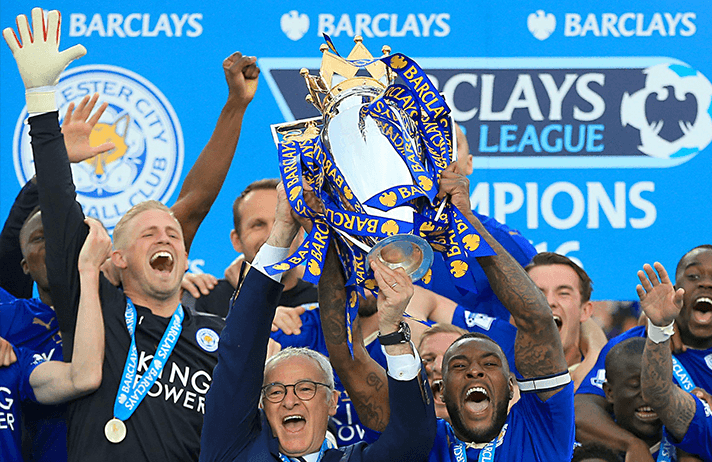 Leicester City made headlines across the world in May 2016 when they won the Premier League. That’s half the story as they began the campaign as 5,000/1 rank outsiders to win the title in their second season back in the top flight. The previous season, they finished 14th.

Claudio Ranieri guided the Foxes to their greatest ever moment by gelling a well-balanced squad to perform at the highest level. Jamie Vardy led the attack brilliantly with 24 league goals while Wes Morgan and Jonny Evans held the defence together superbly to keep 15 clean sheets.

Following the shock title win, bookmakers have been more cautious with their odds for an outsider to win the championship. But that doesn’t mean we won’t ever see another team come from nowhere to repeat what Leicester managed. Could we see a shock name on the Premier League trophy at the end of next season?

Qatar World Cup Could Be A Leveler?

The 2022 World Cup will be a World Cup like no other. For a start, the timing of the tournament will have an effect on leagues all across the world. Qatar will open its doors and welcome the best nations in the world to the 22nd chapter of the competition from November 21 for a month.

For many leagues, that means their competitions will be disrupted half way through the season which can have a detrimental effect for many teams whose squads are made up of players from the more successful countries, who have or will qualify for the tournament.

It’s a similar scenario to when the Africa Cup of Nations takes place. Teams like Liverpool will be without two of their potent strike force when Mohamed Salah and Sadio Mane represent Egypt and Senegal in the tournament which was supposed to take place last year, but will now take place between January 9 to February 6.

Liverpool, and other clubs who will be affected by having key players at the tournament in Cameroon, will hope they come back fit and healthy and sooner rather than later. The major leagues continue during the Africa Cup of Nations, but that will not be the case with the World Cup.

All the leagues will stop for the duration of the World Cup, but fatigue could well play a part when the leagues resume.

The majority of clubs will have players appearing in the World Cup, and the clubs with the fewest players making the trip to Qatar could suffer the least disruption. Continuity is key in building a successful squad so a team with the fewest number of players on international duty next December could benefit by playing teams who had several players reach the latter stages of the competition.

Following the conclusion of Euro 2020, played in the summer of 2021, there was evidence of a tournament hangover for the sides that did well. The final was won by Italy who beat England on penalties after the final ended 1-1 following extra-time.

Five of the Italian squad that played in the final started the new season playing for Juventus, who failed to win any of their opening four fixtures in Serie A. Four of the England squad represented Manchester City who lost their season opener 1-0 at Tottenham.

Inter had the most players represented in the 2018 World Cup final with Sime Vrsaljko, Marcelo Brozovic and Ivan Perisic all reported for duty at the San Siro just weeks after helping Croatia reach the final where they were beaten 4-2 by France.

Inter struggled for form early in the season winning just one of their opening four fixtures and ended up finishing the season fourth in Serie A. Tournament hangovers are a thing and we could see it again following the conclusion of the 2022 World Cup in Qatar.

Could Leicester Repeat Their 2016 Success?

A lot depends on what happens between now and the start of Qatar 2022, but Leicester will be hoping to add a second Premier League title in seven seasons next year. Brendan Rodgers is a manager being courted by several clubs who are contemplating their managerial situation.

Leicester are one of the teams that could benefit from a mid-season World Cup. Their current squad is a solid one and devoid of any major stars from countries expected to challenge for the World Cup at the end of 2022. The exceptions are midfielder Youri Tielemans and defender Tim Castagne who are established members of the Belgian squad.

Jamie Vardy’s retirement from international football in 2018 means he will not be travelling to Qatar and the mid season break will benefit the veteran striker whose goals could well help the Foxes contend next season. The 2021/22 Premier League champions could well be a team that has suffered the least disruption before, during and after the World Cup and Leicester fits that bill.

Chelsea, Manchester City, Liverpool and Manchester United will have a lot of their squad playing for the teams expected to reach the latter stages of the World Cup, so they might suffer a tournament hangover when the Premier League resumes on Boxing Day 2022.

To incorporate the World Cup, the Premier League season will start a week early on the weekend of August 6 and 7 and finish a week later than normal. As a result, the FA Cup final, traditionally contested in May may be moved to June. The decision to have a winter World Cup has not been welcomed universally and clubs will hope Qatar 2022 is a one-off.