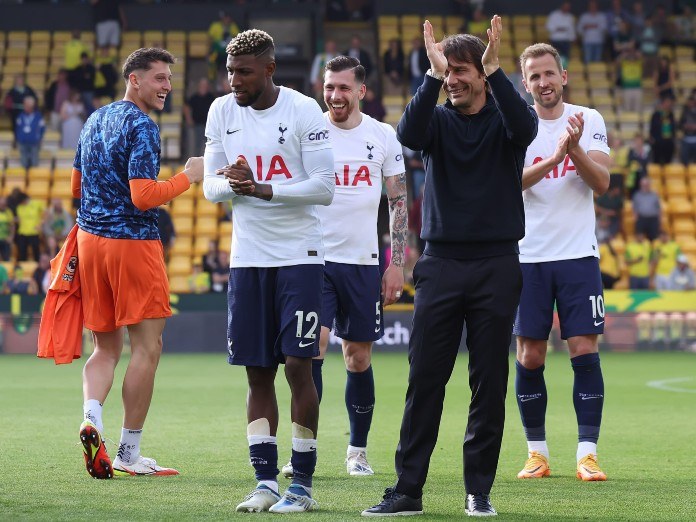 The New Year is now upon us, and the race for Champions League football is starting to hot up. The early-season form of Arsenal and Manchester City has put both sides in the driving seat in the top-four race. However, both sides have a host of pursuers, with plenty of high-profile teams in the hunt for the remaining European spots.

Eddie Howe’s Newcastle side have been a revelation this season, and they continue to occupy third place in the league table. Despite many questioning whether their form could be maintained after the World Cup break, they have picked up where they left off and sit three points ahead of fifth-placed Tottenham with a game in hand. The Magpies have built on a very solid foundation and boast the best defensive record in the league. They have shipped just 11 goals this season and will continue to be a tough nut to crack providing key members of their defense stay fit. They are currently odds on with most betting sites to finish in the top four for the first time since the 02/03 season.

One thing nobody expected to see at the end of January was Liverpool and Chelsea lying in ninth and 10th, respectively. Both sides have looked badly out of sorts this term, and many supporters are resigned to the fact their teams won't be competing in Europe's premier competition next season. January defeats to Brentford and Brighton have put Liverpool on the back foot in the top-four race, and their cause hasn't been helped by news that Virgil van Djik will be on the sidelines for several weeks. Their defense has been uncharacteristically leaky this season, and a prolonged absence for their No.4 won't help in that department.

Chelsea will be hoping the arrival of Mykhailo Mudryk can inject some energy into their attack which has badly struggled for goals thus far. There also continues to be uncertainty surrounding the future of their manager, Graham Potter, with increased talk of potential replacements being lined up. It will be interesting to see if the Chelsea hierarchy persist with the man they gave a five-year contract to last September. Odds of +800 (8/1) with some soccer betting sites suggest that Chelsea are out of contention for a top-four spot, and they may be best served focusing on rebuilding for next season.

How to Bet on the Premier League Top Four Market

Premier League top 4 betting odds which will be available for the majority of the season. Until it’s abundantly clear when it comes to the teams occupying these positions, then the best soccer betting sites will continue to update their football odds and you can consider which teams are the value bets to qualify for the Champions League positions. Our weekly Premier League picks will also give you a flavor for the teams that we are recommending.

Some bettors might see some value in backing a team at a big price on the basis that their odds could shorten. This sometimes provides the opportunity to Cash Out for a profit before the market has been settled, while others regard this as an exciting betting market where you can get a good run for your money.

There is nothing to stop you betting on more than one team in this market and still profit with two, three and even four selections. After all, four sides will be settled as a winner when the curtain falls on the 2022-23 campaign and some soccer betting apps even offer customers the chance to bet on the top four in a specific order.

Study the Fixtures When Betting on EPL Top Four

There can often be merit in understanding the next run of fixtures that are on the horizon for the Premier League top four contenders. If there’s a strong battle between some of the teams taking place, then you could do worse than consider which team has an easier run of games and therefore the likelihood of accumulating more points in the short-term.

In the past five seasons, the fourth-placed team has achieved 71, 67, 66, 71 and 75 points respectively. Therefore, it’s reasonable to assume that we are looking for a side to be punching towards 70 points in order to secure a Champions League spot, with fifth-placed Arsenal having secured 69 points last season.