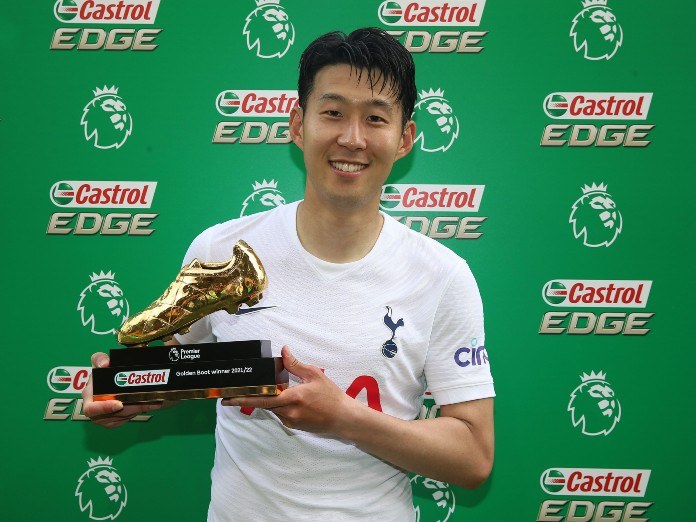 As soon as news filtered through that Manchester City had signed Erling Haaland, soccer betting sites immediately installed Haaland as the +400 (4/1) outright favorite in the Top Goalscorer market. Their wariness of Haaland has proved to be very wise indeed. The Norwegian currently leads the scoring charts on 18 goals, six clear of his nearest pursuer Harry Kane.

Has Haaland Built Up An Unassailable Lead?

Haaland has been lethal in front of goal this campaign, and his presence would send shivers down the spines of most Premier League defenders. The service he gets in a team like Manchester City’s is also second to none, and the likes of Kevin De Bruyne and co. are likely to provide an abundance of chances between now and the end of the season. It is a frightening prospect, and if he keeps scoring at his current rate, a 40-goal season could soon become a reality. This is reflected in the current -1667 (1/18) price offered by some soccer betting apps.

One factor which will affect his end-of-season tally will be how much Pep Guardiola rotates his squad as the season progresses. Guardiola is known for leaving out big names when big European and domestic cup games are on the horizon. Manchester City are also blessed to be able to bring in players of the quality of World Cup winner Julián Álvarez to fill the void left by Haaland.

As of now, the biggest threat to Erling Haaland is his pursuit of the Golden Boot looks to be injury. He has previously endured lengthy spells on the sidelines for Borrusia Dortmund, and another prolonged absence may open the door to someone like Harry Kane.

Kane didn’t hit his stride til late last season, however, that hasn’t been the case this year. He has been the man Tottenham have been reliant on for goals, especially as last year’s winner Heung-min Son, took seven games to get off the mark this year. The man that Son shared the accolade with last season, Mohamed Salah, has also been disappointing by his standards, and he only has six goals to his name.

Son and Salah were tied on 23 goals at the end of the 2021-22 season. While the South Korean was declared the winner (by scoring the most non-penalties), the soccer betting sites deemed it a dead heat, meaning bets on both players were settled as a winner, with the stake halved.

Harry Kane obliged at odds of 6/1 the season before, although Bruno Fernandes ran into third at 33/1 and Leeds United striker Patrick Bamford was able to land a joint-fourth position at 150/1. This serves to highlight that there can be excellent value betting on an outsider on an each-way basis.

The 2019-20 Premier League season saw a 20/1 winner in the form of Jamie Vardy, with the Leicester City striker able to score 23 goals, while Pierre-Emerick Aubameyang and Danny Ings were able to notch 22 goals. The latter was priced at 250/1 and it’s generally the case that a player of this price runs into the places.

How Many Goals Are Needed to be Premier League Top Scorer?

Strangely in the past three seasons, the winner(s) have scored 23 goals. Therefore, all this talk of any player comfortably achieving 25 goals for the season is misguided. Salah and Son were five goals clear of Cristiano Ronaldo last term, while Salah and Kane were the only players to pass 20 goals the season before.

Vardy, Aubameyang, Ings and Raheem Sterling were all able to score 20 goals or more in the 2019-20 season, with Salah and Liverpool team-mate Sadio Mane dead-heating twelve months previously along with Aubameyang when the trio all managed to score 22 goals.

On a similar note, Bookmakers.com will also be providing the latest Premier League player props, while our Premier League picks will highlight out the players that we are recommending to perform well on a week-by-week basis.