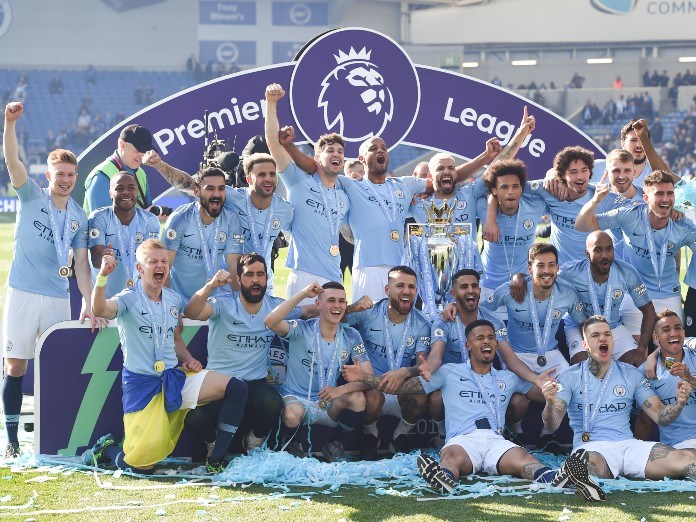 In addition to providing expert Premier League picks, we also like to look at the antepost betting markets. Whether you are looking to place a single bet on the champions of England or include this selection as part of a season-long football accumulator, there is no doubt that the Premier League Winner heat holds plenty of appeal to betting customers.

After all, there is always lots of discussion when it comes to the team who will be crowned champions after 38 games, with several clubs always having aspirations to top the table, although we often see a two-horse race and that has certainly been the case in the past few seasons.

In four of the previous five campaigns, Manchester City have been crowned champions, with Liverpool managing to break up the run in the 2019-20 season, while it was the Reds who were also hard on the heels of City in the 2018-19 and 2021-22 season before narrowly missing out. Here are the latest Premier League Winner odds from the best soccer betting sites.

In another surprise, Newcastle United are only two points behind City as they look to secure a place in the Champions League. After last season's takeover, it was assumed it would take a few seasons for the Magpies to compete at the top of the league, but Eddie Howe's men have been outperforming expectations all season. After an underwhelming first few seasons on Tyneside, Miguel Almiron has proved a popular Premier League prop bets pick with nine goals to his name so far.

Whether either team can keep up their pace with the likes of City and Liverpool breathing down their necks is anyone's guess, but they have made the early going in the league theirs so far.

In the past 10 seasons, the pre-season favorite has won the Premier League title on six occasions. Manchester City have obliged as 4/5 and 4/6 market leaders in the past two seasons, while they were priced as 15/8 favorites when winning their first championship under Pep Guardiola in 2017-18.

Twelve months later, they were victorious as 8/11 favorites and have been a reliable source of income for those placing a season-long wager. Back in the 2013-14 season, Manuel Pellegrini’s Manchester City claimed the spoils when priced at 23/10, with Chelsea obliging a year later when being sent off at 19/10 to win the title. Follow Thomas Tuchel's side this season by visiting our Chelsea stats page for all the up to date betting data.

Several years later, it’s still hard to believe that Leicester City were able to produce a miracle by winning the 2015-16 Premier League title. The Foxes were regarded as relegation contenders that season, with some bookmakers prepared to offer 5000/1 that Claudio Ranieri’s side were able to finish in top spot.

As the season wore on, it was clear that Leicester could challenge for the Champions League places although it took a long time for the bookmakers to install them as favorites before they ended up winning the Premier League by over 10 points. Check out how the Foxes perform this season by checking out Bookmakers' Leicester stats section.

How to Bet on the Premier League Winner

Despite Leicester’s amazing success that season, it is generally the teams at the head of the market who end up competing for the big prize. Manchester City and Liverpool were 19 and18 points clear of the chasing pack last season and the status quo might continue for the next few seasons based on their current dominance. Stay ahead of the game by bookmarking our Premier League betting page.

However, this is a betting market which is updated after each game has been played. Therefore, you can not only wager antepost but also bet later in the season, while there are also alternative markets including the Premier League Top Four and “Without Manchester City and Liverpool”.

There is also the Premier League handicap betting market which doesn’t tend to be available once the season kicks off, although this gives you the chance to bet on a team who you think will outperform their odds for the season ahead.