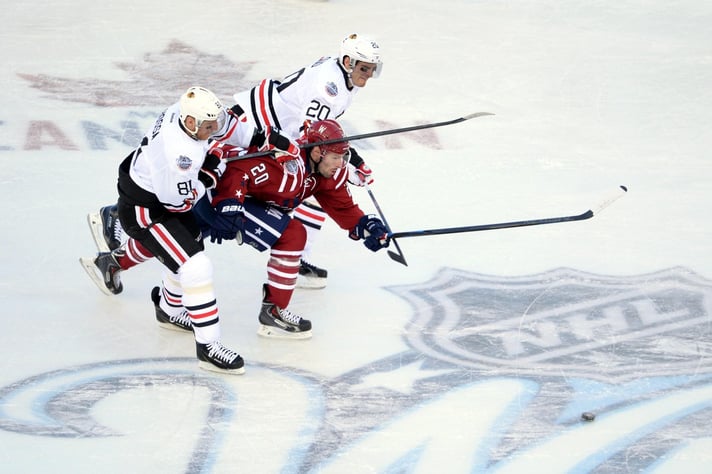 Given that a full-length National Hockey League regular season amounts to 82 games, compared to a maximum of 28 games in the playoffs, there is a much bigger sample size there to determine a team’s strength. For the sports betting public, this also means that the award can be somewhat easier to predict.

On average, fewer than one in four teams who finish the NHL regular season on top will go on to win the Stanley Cup. In the past 14 seasons, however, only one team has managed to do so, and that was in the lockout-shortened 2012-13 season, when the Chicago Blackhawks were effectively wire-to-wire winners.

Since that season, only one of the nine winners of the Presidents’ Trophy have managed to even make the Conference finals, let alone the Stanley Cup final - the New York Rangers lost to the Tampa Bay Lightning in the 2015 Eastern Conference finals. The 2018-19 trophy winners, the Lightning, didn't even make the second round of the playoffs, losing to the Columbus Blue Jackets.

Naturally, there is a strong link between the Presidents’ Trophy odds and the Stanley Cup odds. Without exception, each and every one of the Presidents’ Trophy winners since the 2004-05 lockout have come from the top few teams in the Stanley Cup preseason odds at NHL betting apps. The majority of these have had opening day Stanley Cup odds of +1000 or less, with last season’s Florida Panthers team having the highest odds at +2000.

This should help to narrow the market significantly, knowing that long-odds Cup underdogs don’t tend to make any surprises in the regular season. In 2022-23, filtering your preseason odds to +2000 or below would have eliminated two-thirds of the teams in the league.

Another way to narrow down your list of potential winners is to study last year’s overall standings. There is a strong tendency for the Presidents’ Trophy winner to come from the top few teams in the previous season. Outsider victories do happen, but they are relatively rare. In the last 10 seasons, the top team in the NHL regular season has also been in the previous season’s top 10 on seven occasions, and in the top five on six occasions.

When looking at last season’s final standings, there are two teams who performed strongly but whose NHL betting odds dropped off significantly for the 2022-23 season after both didn’t have a big impact in free agency. Both the Minnesota Wild and Calgary Flames were considered an outside bet in preseason, at odds of +2000, despite finishing fifth and sixth in the overall standings last season.

On the flipside, the Vegas Golden Knights missed out on the 2021-22 playoffs and yet were still considered to be among the front-runners in the summer betting markets, at +1400, in spite of concerns over their goaltending credentials for the new season.

Mark Callanan
12 Articles
Mark Callanan is bookmakers.com's NHL writer and creates many of the site's in-depth NHL betting strategy guides. If you're looking to bet on the most popular hockey league on the planet, stick with Mark and he will help you out!
Read Articles