Ranking The Greatest Liverpool Managers Of All Time 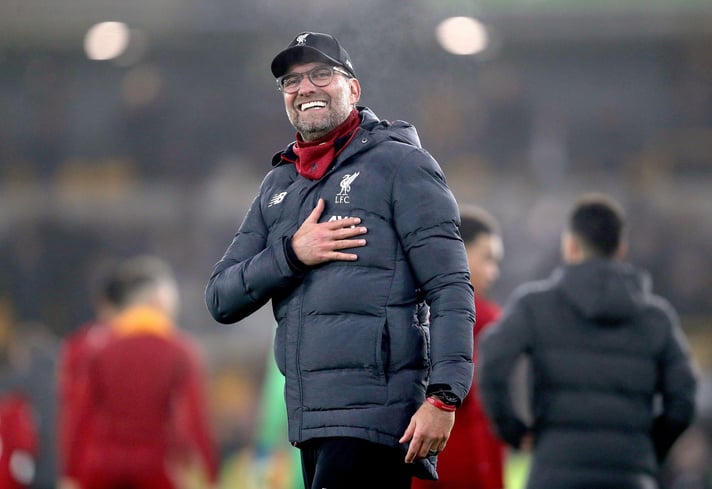 Considering the huge success of Liverpool Football Club over decades of prominence and often sustained dominance of the English soccer landscape, it’s safe to assume they have been blessed with some of the greatest managers to have graced the game.

For the purposes of reasonably fair comparison between era to era and historical achievement, we asked the brilliant LFC Daytrippers Podcast team to start at the reign of Bill Shankly from 1959 to the present day incumbent and surely contender for consideration as the greatest in the history of the club, Jurgen Klopp.

Liverpool have always been one of the biggest clubs in Europe and have a huge fanbase globally, which leads them to generally figure at the top of the leading soccer betting sites’ odds for domestic success and trophies in the Premier League, FA Cup, League Cup and of course European competition with the Champions League.

As you can see from the list above, they have had a host of huge names in the footballing landscape, some more successful than others, so ranking them 1-11 was the task set to the superfans at LFC Daytrippers. Watch Gav, Phil and Keith debate them one through to 11 and see who comes out on top. Caretaker Ronnie Moran was left out of calculations, and Kenny Dalglish’s two reigns were combined in to one.

Jurgen Klopp remains at the helm, and while Liverpool have had a stuttering start to this season’s EPL campaign, adding to his haul of seven trophies seems inevitable, but with powerhouse sides like Manchester City and Chelsea still provided with serious backing, his nous in the transfer market, which has seem them grow from the trophyless Brendan Rogers era into Premier League title and Champions League-winning sides, will need to be evident in the coming seasons. Newcastle were recently dubbed the inevitable fly in the ointment to the traditional Big 6 sides, which, of course, includes the rebuilding Manchester United and the North London rivals of Arsenal and Tottenham Hotspur.

Debate is at the core of European soccer, and its enjoyment often comes solely down to the opinion of fans and the translation of that on the pitch. If Klopp is to reign supreme numerically, he has some way to go to match the trophy haul and success of Shankly and Paisley - even to catch club legend Kenny Dalglish. But perhaps what he has achieved, with arguably tougher and more financially impactful rivals, can rank at the top of the tree for many Liverpool fans.

Brendan Rogers will surely have been deemed a very big part in the progress of Liverpool from the lack of success from 2010, but he is currently fighting for his job at Leicester despite winning an FA Cup with them in 2021. He moved to the King Power Stadium after winning multiple trophies with Celtic following his departure from Anfield.

The managerial roller coaster of Premier League teams is often fraught with snap decisions and quick relationships between owners and coaches. Liverpool fans will surely be hoping Klopp’s era continues to prove longer than the current norm in European soccer and his dynasty can be added to with yet more silverware.

For all the latest on Liverpool FC stats check out our team page, full of up-to-date information, news and player data along with the latest odds and betting offers for the side in whatever competition they are currently involved in.