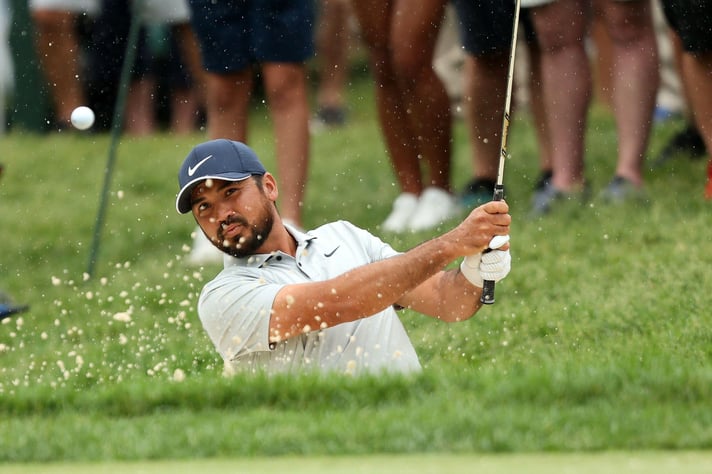 The PGA Tour travels to the scenic Georgia coast for its final official event of 2022, the RSM Classic on St. Simons Island. Yet neither the defending tournament champion nor the winner of last week’s tour event will be on hand to vie for a winner’s check worth $1.548 million.

The former is Talor Gooch, the 2021 winner on St. Simons, who has since defected to LIV Golf. And the latter is Tony Finau, the winner last week in Houston and the clear favorite at golf betting sites to go back-to-back in the RSM Classic—until the No. 12 player in the world withdrew on Tuesday citing an injury. That leaves Brian Harman at the top of the market on sports betting apps, in an event that’s anybody’s to win.

Losing Finau is clearly a big blow - No. 26 Harman is now the highest-ranked player in a field without much name recognition, although Sepp Straka, Tom Hoge, Kevin Kisner and Seamus Power are also top-40 players scheduled to participate.

The RSM Classic has been an autumn fixture on the PGA Tour schedule since 2010, when Heath Slocum beat Bill Haas by a stroke to win the inaugural event. As has been the case since 2015, the tournament is contested over both the 7,005-yard Seaside Course and 7,060-yard Plantation Course at Sea Island Resort. The event has been decided by a playoff six times, including in four of the past six years.

The par-70 Seaside Course is a links-style layout that runs largely along water and was renovated by Tom Fazio in 1999. The signature hole is the 442-yard par-4 13th, where players must thread shots between marsh running up the entire left side and bunkers guarding the right. The par-72 Plantation Course was renovated in 2019 by Love and his brother Mark, who restored many of the defining features of the 1928 layout - including a par-5 closing hole with water down nearly the entire left side.

Wind promises to be a near-constant issue on the Seaside Course, benefitting players who can maintain lower ball flight. The Plantation Course features fewer bunkers and a more wide-open feel, but also more of the characteristics of Love course design - bulkheads, railroad ties and greens abutting water hazards that offer no room for error. The par-5s on both courses are very reachable for big hitters and will offer scoring opportunities as a result.

These late-season events also offer a chance to find attractive odds at the best golf betting sites on proven players on the back sides of their careers. The very capable Webb Simpson, for example, owns the tournament’s second-lowest career scoring average at 67.32, and odds of +5000 (50/1) to win. And a +12500 (125/1) flier is Zach Johnson, who had a rough finish to the 2021-22 season but has a very good track record at Sea Island and is the type of steady player who can take advantage of what both courses can offer.

With Finau out, the biggest name remaining in the tournament is Jason Day, whose best finish in three previous starts on St. Simons was a T12 in 2020. The Australian has been playing rather well entering this week, with top 20s in three of his past four starts - but he’s also ranked 113th in the world and still looking for his first PGA Tour victory since 2018.

Given that this is a November tournament held the week before Thanksgiving in the United States, it’s not surprising that many of the RSM Classic’s past winners have been journeyman players or less-than-household names. Don’t be surprised if we see more of the same this week - after all, John Senden owns the tournament’s low career scoring average, and Sebastian Munoz, Tyler McCumber and Tommy Gainey share the event’s 18-hole record of 60.

A lot of players have gone exceptionally low on the Seaside Course in particular in recent years, which greatly expands the list of potential contenders. If you can keep it out of trouble off the tee and maximize par-5 scoring chances, you can set yourself up for a nice weekend on St. Simons. So history would indicate that there’s plenty of value to be had when golf betting on the RSM Classic, especially this week when there’s no strong favorite priced up on betting sites.

That means keeping an eye on someone like +4000 Matthew NeSmith, who owns a career scoring average of 67.75 in this event, has twice placed in the top 15, and has finished T9 or better in three of his last four starts on tour. There’s also +3300 (33/1) Denny McCarthy, who has a career scoring average of 68.5 in the RSM Classic, and was T6 in Bermuda last month. And +5000 (50/1) Alex Smalley is coming off a T4 and T11 in his last two events, although he’s playing in this tournament for just the second time.

Webb Simpson, +5000 (50/1) to win: Although back injuries derailed much of his 2021-22 season, Simpson is still a player who can contend anywhere. He’s done everything at the RSM Classic but win, finishing eighth or better five times, and losing twice in a playoff—including as recently as 2019.

Matthew NeSmith, +750 (15/2) top-5: The native South Carolinian knows his way around coastal layouts, evidenced by the 60s he’s carded in seven of his last eight rounds in the RSM Classic. His hot start to this season comes on the heels of a 2021-22 campaign where he appeared on the cusp of earning a first career victory.

Sepp Straka, +850 (17/2) top-10: Exceptional value on the Austrian who played college golf at the University of Georgia. Ranked No. 28 in the world, Straka has enjoyed a strong 2022 calendar year that’s included a victory at the Honda and runner-up finishes at Hilton Head and Memphis.

How to Watch the RSM Classic

The event hosted by St. Simons resident Davis Love III tees off Thursday morning, and will be televised by The Golf Channel beginning at noon on Thursday and Friday, and 1 p.m. on Saturday and Sunday.

David Caraviello
@dcaraviello
8 Articles
David Caraviello is a veteran sports media professional with three decades of industry experience, most of it coming in the areas of golf, motorsports and college athletics. An 11-time attendee of The Masters, he has written about sports wagering since 2017.
Read Articles