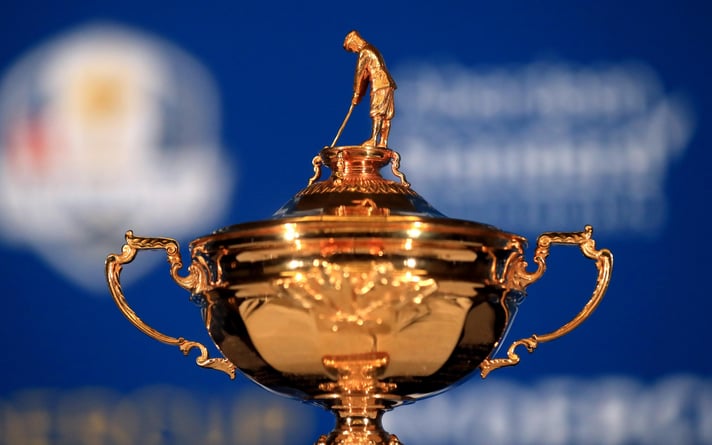 For some, there is no greater sporting contest than the Ryder Cup. Team Europe and Team USA compete against each other every two years, and the rivalry is a fierce one. Each side takes it in turns to host the event, with 12 players selected to compete for each country/continent, and the holder retains the crown if it all ends in a draw.

From a wagering point of view, there are lots of ways to bet on the Ryder Cup. Naturally, you can bet on which team will emerge as the winner after the three days of play, with the first two days involving foursomes and fourball matches. The final day is the singles event, and the action often goes down to the wire.

Each golf betting site will provide customers with the chance to bet on the outcome of each Ryder Cup match. In addition to this, some other Ryder Cup outright markets include Correct Score, Winning Margin, Top European Points Scorer, Top US Points Scorer and Top Combined Points Scorer.

Home advantage naturally plays a part, and the previous four Ryder Cups have been won by the host team. The United States golf team rarely looked in danger when winning 19-9 at Whistling Straits, with Steve Stricker’s team utterly dominant, although Europe had won by a similar margin three years previously in 2018.

Thomas Bjorn captained the Europeans to that particular triumph at Le Golf National, with the side regaining the Ryder Cup after losing by a 17-11 scoreline at Hazeltine National Golf Club. It was at Hazeltine where Davis Love III was able to return as captain and enjoy seeing his team deliver success thanks partly to Patrick Reed’s brilliance.

The 2014 Ryder Cup at Gleneagles saw Europe enjoy a routine victory by five points, although the real classic occurred two years previously, when the same team performed the Miracle of Medinah and claimed a one-point victory after storming back from a seemingly unassailable position.

We’ve established that the home team have held sway in recent years. Therefore, the 2023 Ryder Cup at the Marco Simone Golf and Country Club will surely give Team Europe a fighting chance, and it’s worth making a note of the winning margins over the past decade.

Indeed, since Medinah, we have not had a Ryder Cup that has been particularly close. One of the most popular Ryder Cup betting markets is Correct Score, and the previous four margins of victory have been 10, seven, six and five points, respectively. Something to bear in mind for future reference.

If the Top Points Scorer market on golf betting sites interests you, then the winning player for either team will need to amass at least 3.5 points and sometimes a maximum. Dustin Johnson and Francesco Molinari have both achieved this feat in the previous two renewals when helping their side to victories.

How to Back Winners in the Ryder Cup

Ultimately, you can bet on the Ryder Cup winner market although this mightn't always provide the most value considering you simply back either team or the draw. It instead pays to consider other alternatives on the best golf betting sites, such as the 'Top Points Scorer' market. You want to be selecting a player who is likely to participate heavily throughout the three days.

After all, you might need a player to essentially win all of their games. The last player to become the top scorer for their team without playing the maximum amount of matches, was Patrick Reed in 2014. However, Dustin Johnson and Ian Poulter had previously top-scored for their teams at Medinah, and the former only ended up playing three games.

It can be advantageous to wait for the matches to be drawn before deciding which way to bet, and there is the opportunity to bet multiples so that you can parlay different selections together.