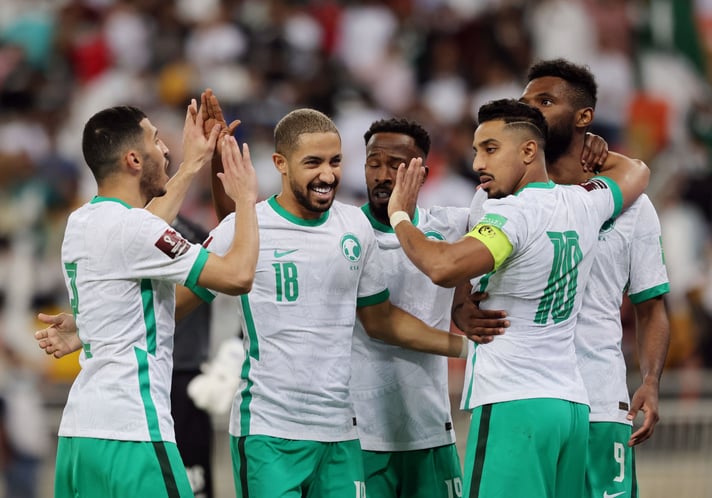 Defeat looked out of the question for Argentina when looking at their pregame odds of -900 (1/9) on World Cup betting sites. Lionel Messi’s side came into this game on the back of an unbeaten qualification campaign, and many were expecting a facile victory against a Saudi Arabia team who could be backed at odds of +3000 (30/1) at kick-off on soccer betting sites.

Everything looked to be going to plan for Argentina when they were awarded a penalty in the ninth minute courtesy of the officials in the VAR hub. It was no surprise to see their talisman, Messi, step up and calmly stroke the ball home to give his side the lead. Bettors who wagered on Messi to be World Cup top goalscorer would have been delighted to see the Argentine race clear minutes later and slide the ball past the onrushing Saudi keeper, Mohammed Al-Owais for his second.

However, that joy was shortlived as Messi was adjudged to be offside. The VAR officials had a busy opening half as they were later to deny Lautaro Martinez a goal of his own. It was an excruciatingly close call, and one that would come back to bite Argentina.

The Saudis hadn’t created an abundance of clear-cut chances in the first half, but they were ruthless when the chances were to arrive in the second period. Saleh Al Shehri found himself through on goal, and from an acute angle, managed to find the far corner to raise the proverbial roof at the Lusail stadium. The Saudi fans, who had the shortest journey of any nation at this year’s tournament, were in fine voice, and it was clear that were was a big momentum shift in this game.

The Saudis' tails were up, and just five minutes after their equalizer, they had hit the front with what was probably the goal of the tournament so far. Salem Al Dawsari managed to cut inside and bend the ball into the top corner past Aston Villa’s Emiliano Martinez. Those who were watching would have expected a reaction from Argentina, but they never really laid siege to the Saudi goal in what remained of the game.

As has been the case in many of the fixtures in this year’s tournament, Saudi Arabia were made to endure some lengthy added-on time. The fourth official put up his board to signal for nine minutes, which soon became 13 minutes as a stoppage-time injury to Yasser Al Shahrani meant the clock ticked on. However, Saudi Arabia held on for a deserved victory and one of the most famous triumphs in their history.

Argentina Now Up Against It

Argentina’s shock defeat has had big implications at the top of the World Cup outright market where their price has drifted to +900 (9/1) from +500 (5/1) on soccer betting apps. In what looked like Argentina’s easiest group game beforehand, they have now made life difficult for themselves if they are to progress to the knockout stages of the tournament. Two wins against Mexico and Poland will still likely be good enough. However, after today’s result, there won’t be many backing Messi to emulate the late Diego Maradona and lift the World Cup trophy.

Sean O'Neill
1 Article
Sean is an all-round sports enthusiast, his biggest passions include soccer and horse racing, where he is a regular at his local Leopardstown track. When not watchingracing or soccer, Sean can be found looking for his stray drives on the golf course.
Read Articles