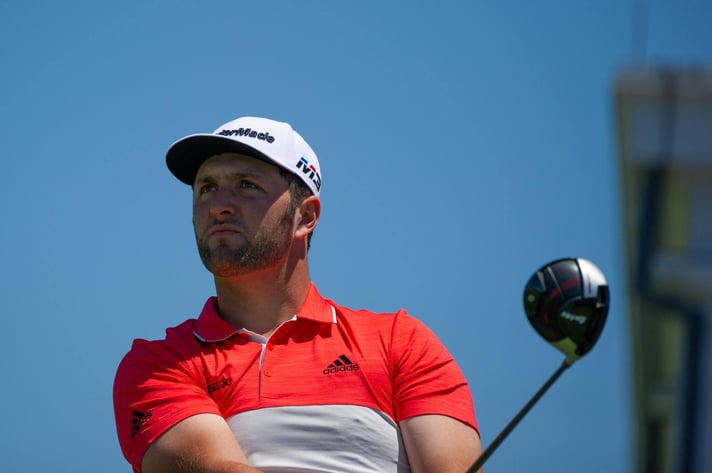 There’s perhaps no more spectacular sight on the Hawaiian island of Maui than the former Kapalua plantation, where majestic Cook and Norfolk pine trees foreground a vista that drops off to the Pacific Ocean, with the isle of Molokai looming in the distance. It’s an awe-inspiring landscape—and for golf bettors, a clear signal that a new year on the PGA Tour has begun.

Indeed, Kapalua in January means the event now known as the Sentry Tournament of Champions, an annual kick-off that dates to the 1950s has been played on Maui since 1999. The field is small and elite, limited to tournament winners from the previous calendar year and the top 30 players from the FedExCup Playoffs points list not otherwise qualified. For 2023, that adds up to a 39-player field led by Jon Rahm, the favorite to win on golf betting sites at +600 (6/1).

Defending champion Cameron Smith - who shot a PGA Tour record-low score of 34-under last year - is not in Kapalua, having defected to LIV Golf. But the field still includes 17 of the top 20 players in the world ranking, led by No. 2 Scottie Scheffler. Rahm missed a putt on the final hole in 2022 that would have forced a playoff for the third time in as many years, but the Spaniard still heads to Maui on the heels of a torrid wraparound season that included a victory in the DP World Tour Championship and a T4 against a stacked field in the CJ Cup.

World No. 1 Rory McIlroy is skipping the event. Scheffler, the runner-up at the exhibition hosted by Tiger Woods in the Bahamas, is the second favorite at Kapalua at +850 (17/2), followed by Justin Thomas, Patrick Cantlay and Xander Schauffele who are all available at +1000 (10/1) on betting sites. Thomas in particular has an excellent track record in the tournament, with two victories and three top-five finishes all since 2017.

Welcome to the 7,596-yard Plantation Course at Kapalua Resort, the only par-73 - yes, that’s right, par-73 - layout on the PGA Tour. Designed in 1991 by Ben Crenshaw and Bill Coore, the course features incredibly wide fairways, large greens and commanding ocean views on almost every hole. The elevation changes are huge as the layout slopes down to the Pacific, but all those below-your-feet shots aren’t nearly the challenge to top pros that they are to everyday duffers. The singular factor that Kapalua offers to elite players is the wind - and if it lays down, as it did last year, the pros will pick the place apart.

The signature hole at Kapalua is the 663-yard par-5 18th, which slopes dramatically downhill and gives top players a very realistic shot of reaching the green in two - as Rahm did in last year’s final round, although he was unable to convert the ensuing eagle putt which would have sent the tournament into a playoff. From the views to the fairway widths to the downslopes, everything about the Plantation Course is massive in scale. But if there’s no wind, you’ll see scores like the 61s that Rahm and Thomas each carded in the third around last year.

Just about anybody in the field is capable of going low at Kapalua, given that the top 30 players in last year’s event carded just two over-par rounds combined. The course should be more challenging this time around, given that forecasts call for 13 mph winds on Thursday increasing to 16 by the weekend. But in heavy wind or no wind, Thomas has proven himself among the top players in this event, with an average finish of third over his past four appearances.

Although Thomas may have the best track record in the tournament, Rahm is the favorite on golf betting apps for a reason. The world No. 5 has never won in Kapalua, but he’s come close - runner-up last year by one shot to Smith, runner-up to Dustin Johnson in 2018, and never any finish in Maui lower than 10th. Rahm shares the Kapalua 18-hole record of 61 with Thomas and Matt Jones, and he’s been playing spectacular golf ever since the end of last season.

Scheffler has played at Kapalua only once previously, finishing tied for 13th in 2021. Schauffele finished tied for second in a windy 2022 event on Maui, where he fell to Thomas in a playoff. Cantlay has twice finished as high as fourth at Kapalua, although he’s never really been a serious threat to win there. Intriguing players with longer odds on USA sports betting sites include +1800 (18/1) Collin Morikawa, who has the game to win at Kapalua if he can rein in the putter, and +2000 (20/1) Viktor Hovland, who bested another elite field to win Tiger’s exhibition in the Bahamas.

Justin Thomas to Win, +1000 (10/1): JT’s track record in this tournament speaks for itself, and his prowess at Kapalua should be particularly evident when the wind kicks up. Also, pretty good value for a two-time winner who’s rarely out of the running in Maui.

Jon Rahm Top-5, +125 (5/4): Rahm has never won at Kapalua, but the two-time runner-up almost always plays well there. And he’s been on a tear throughout the fall and winter, finishing T2, first, T4, first and T8 in his five starts since the 2022 Tour Championship.

Xander Schauffele Top-5, +188 (15/8): The X-Man has two previous top-five finishes at Kapalua including his runner-up showing in 2020. And like Rahm, his recent form is very good: the three-time Tour winner in 2022 has gone T3, T6, T9 and solo fourth in his past four outings.

How to Watch the Sentry Tournament Of Champions