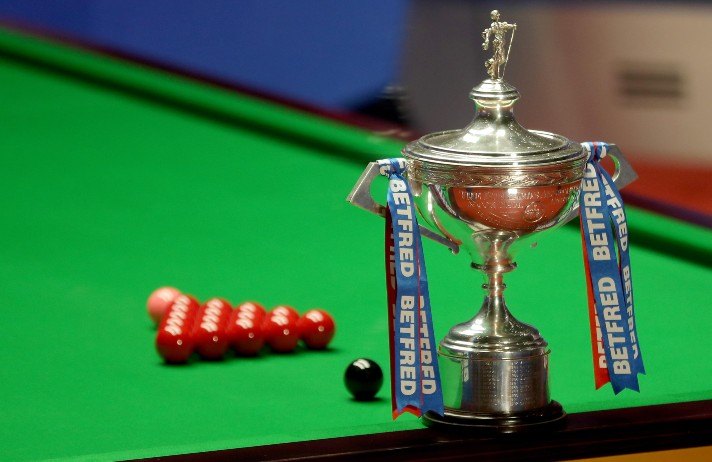 The battle to become snooker’s world champion is about to begin as the best players in the world make their way to the Crucible Theatre in Sheffield for the biggest 17 days in the sport’s calendar.

The tournament is steeped in history with Joe Davis leading the way with 15 titles, the last of which came in 1946. The tournament has expanded since then, with Steve Davis, Stephen Hendry and Ronnie O’Sullivan winning a combined 19 times.

O’Sullivan returns this year to try to match Hendry’s total of seven, and he will be most people’s choice when it comes to their tournament predictions. But he faces stiff competition once again with defending champion Mark Selby back to retain his title.

The tournament is made up of the 16 best players in the world, and they will be joined by 16 qualifiers, who will have to win four matches to make it to the first round. Will one of the favourites on sports betting sites get to lift the trophy on May 2, or will one of the game’s rising stars steal the show and claim the £500,000 winner’s cheque?

The leading betting sites will all have plenty of markets to bet on before and during this year’s World Championship. The tournament’s main sponsor is Betfair, so its site will have plenty of attractive offers that will be worth checking out.

If you have accounts with other trusted betting sites, it’s worth searching for snooker in the A to Z of sports, and there you should find plenty of options throughout the fortnight.

At Bookmakers.com, we highlight the best promotions, free bets and sign up offers, and these can be used to bet on the overall winner of the tournament or individual match bets.

Neil Robertson enters the Crucible as the favourite in this year’s snooker World Championship betting. The Australian is always well supported at the World Championship, and with four wins on the tour this season, Robertson will be hoping to get his hands on the trophy for the second time.

His first and only success in Sheffield came 12 years ago, and as he proved that year, on his day, Robertson can beat all before him. Robertson got to the quarter-finals last season, only to lose 13-8 to beaten finalist Kyren Wilson.

Robertson, who is ranked number two in the world, will expect to reach at least the last 16 again this year, and hope his form throughout the season stays with him for the duration of the tournament.

It hasn’t been the best of seasons for Judd Trump with just two tournament wins to his name. Victory in the Champion of Champions event in November was followed by success in the Turkish Masters in March.

The year that he did get past the last eight, he went on to beat John Higgins 18-9 to be crowned champion of the world for the one and only time.

Trump will not want to end his career with just one world title, and the second favourite in the snooker World Championship betting will hope to deliver.

Rarely does a World Championship go by without Ronnie O’Sullivan being among the favourites with many of the best betting sites to win the title. Rocket Ronnie can go level with Stephen Hendry on seven world titles if he can be the last man standing in Sheffield.

O’Sullivan’s last world title came in 2020 when the tournament was played in August because of Covid-19. But his title defence last year ended in the second round when Anthony McGill claimed a famous 13-12 win at the Crucible.

The World Grand Prix is O’Sullivan’s only success this season, but his form entering snooker’s biggest tournament is rarely an issue as he can take his game to a new level, if he is in the mood. O’Sullivan will be at the top of most people’s snooker betting tips for this year’s tournament.

Mark Selby has dominated the World Championship in recent times winning four times in the last eight years. There is something about the green baize under the lights in Sheffield’s most famous theatre that brings the best out of Selby.

Selby was pushed all the way in last year’s final by former champion Shaun Murphy, who actually led 5-3 at the end of the first session. But Selby took control of the final, winning the 15th frame to take the lead for the first time. It was a lead the Jester from Leicester never looked like surrendering.

Without a win this season, Selby remains number one in the world because of his triumph in Sheffield 12 months ago, and he will be near the top of most snooker betting sites in terms of winning this year. The 38-year-old won’t need reminding that two of his three previous title defences ended in the first and second round.

John Higgins has mixed feelings about the World Championship. Four titles is a great achievement, but he knows he could and should have more. The Wizard of Wishaw has had to watch four champions lift the trophy right in front of his eyes after being beaten in the final.

Higgins, whose fourth and final win came in 2011, may feel the window of opportunity is passing him by at the age of 46, and after back-to-back exits at the second round, the popular Scot will hope to return to his best form.

Victory in the Championship League means Higgins arrives in Sheffield as a winner this season already, but the much leaner looking Higgins will hope his change in diet brings an end to his 10-year drought at the Crucible. Higgins might not be top of many people’s snooker predictions in Sheffield, but he can raise his game on any given day.

It’s not ideal to go into the World Championships without a win, but that is how Kyren Wilson is entering this year’s tournament. In fact, you have to go back to October 2020 for the last time Wilson lifted a trophy, and that was the Championship League title when he beat Judd Trump.

Wilson won’t be too bothered by that form, preferring to look at his form in Sheffield in recent years. A quarter-finalist in each of the last six World Championships, Wilson is clearly a player who thrives on the big stage.

A beaten finalist in 2020, don’t be put off by Wilson currently being ranked number seven in the world, and possibly lower in terms of many snooker prediction tips. The 30-year-old has the game to once again go all the way this year, and with a bit of luck, he could end the fortnight as the champion of the world.

When making snooker betting predictions, form can be important. Players who have recently won a tournament are worth considering because they are winning matches, making big breaks and are clearly playing well. Falling into that category is Australian Neil Robertson, who won the Tour Championship at the end of March.

Some players prefer to focus on the World Championship by spending more time on the practice table making sure their safety game, long pots and break building is at the best it can be for the tournament.

Reaching the main draw as a qualifier is not an ideal path to take as the four high-pressure matches to get to the televised stage can be draining. Players will look for the positives and see the qualifiers as a way of getting match-ready for their first-round clash.

Stuart Bingham will be the inspiration for all qualifiers this year. Bingham, a 50/1 champion in 2015, reached the semi-finals last year after coming through qualifying. Bingham was just two frames away from reaching the final, but Mark Selby booked his place in the final by winning 17-15.

Shaun Murphy remains the last qualifier to win the title in 2005 when, with pre-tournament odds of 150/1, the Englishman beat Matthew Stevens 18-16.

So if your favourite sports betting site is offering free bets or odds boosts, it might be worth looking for better value further down the betting market and choosing someone other than the favourite.

Other than backing the outright winner, there are plenty of markets to check out before and during the tournament. Matches involving qualifiers are certainly worth considering. Qualifiers might have little chance to beat one of the world’s top players, but taking the handicap, or cover, into consideration, there is value to be gained.

The higher ranked player will be the favourite and therefore will receive a handicap of a certain number of frames, for instance -3.5. The underdog would be +3.5 in that instance and need to lose by three frames or fewer for the bet to win.

The World Snooker Championship is a perfect time to capitalise on free bets from the more trusted betting sites. At Bookmakers.com, we highlight the best free bets being offered by the betting sites that are worth checking out.

If you already have a betting account with one of the best bookies around, there is nothing stopping you from opening more accounts with other betting sites. This means you can take advantage of numerous welcome offers, bonuses and free bets.

Where Can I Watch The 2022 World Snooker Championship?

In the UK, the tournament is broadcast live on terrestrial television with BBC starting its coverage from the beginning of the first frame on day one, to the last shot in the final. Eurosport also provides daily live coverage of the tournament. Both broadcasters will make their coverage available on their websites and apps.

The World Snooker Championships are held at the Crucible Theatre, Sheffield. As the name suggests, it’s the biggest prize in snooker with the winner being crowned the best player in the world. The champion will have won five matches throughout the tournament that lasts 17 days.

When does the World Snooker Championship start?

Who has won the most World Snooker Championship?

Joe Davis is the outright leader with 15 world titles as he dominated the sport for 20 years with the last of those titles won in 1946. In the modern era of the game, Stephen Hendry leads the way with seven titles while Steve Davis and Ronnie O’Sullivan have their name on the trophy six times each.

What is the prize money for the World Snooker Championship?

Who is playing in the World Snooker Championship?

The players ranked in the top 16 in the world automatically qualify for the tournament. For those players ranked 17th or lower, they can secure their place at the Crucible by coming through a gruelling qualifying campaign. Qualifiers will have won four matches to reach the first round of the main draw.

How many frames are there in the World Snooker Championship final?

How can I bet on the World Snooker Championship?

The leading betting sites will all have every angle covered throughout the tournament. And many of them will be offering promotions to attract snooker fans to their website and apps. So if you know your snooker and you have a free bet, why not try it on this year’s World Snooker Championship.