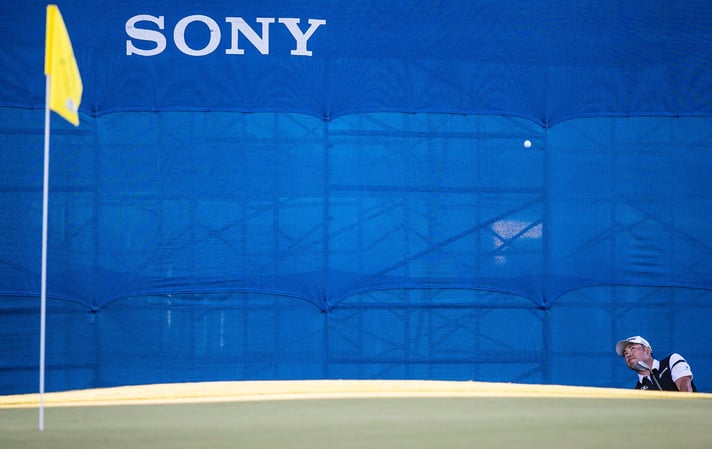 What a way to open 2023 on the PGA Tour: a historic collapse by Collin Morikawa during the final round in Kapalua, opening the door for odds favorite Jon Rahm to storm back from seven shots down and win the Sentry Tournament of Champions. Now, 19 of the players who competed in that limited-field kickoff (though not Rahm or Morikawa, sadly) will jet from Maui to Oahu for the first full-field event of the new year.

That would be the Sony Open in Hawaii, a winter fixture on the PGA Tour that’s loaded with history - the event traces its beginnings back to 1965, and the tournament has been played since the beginning at Waialae Country Club in Honolulu, a classic Seth Raynor layout that opened in 1927. With no top-10 golfers in the field of 144 players, the tournament appears wide open: Tom Kim is the favorite on golf betting apps at +1100 (11/1), followed by Sungjae Im at +1200 (12/1) and Jordan Spieth at +1400 (14/1).

Kim at No. 14 is the tournament’s highest-ranked player, followed by Spieth at No. 15 and Billy Horschel at No. 18. Coming off a tie for fifth at Kapalua, Kim now owns an average finish of ninth over his last six starts dating back to his victory in the Shriner’s Classic in October. Spieth has proven far more inconsistent; his tie for 13th in the Tournament of Champions was his best result in an official start since a T8 in the Open Championship last summer.

Among the players in this week’s field, Jerry Kelly owns the most top-10 finishes with nine, while Matt Kuchar has seven. The top average finish in the Sony Open, among players in the field with more than one career start, belongs to Corey Conners at 16.3 followed by Adam Svensson at 25. And 37 players are teeing it up in Honolulu for the first time - among them the odds favorite, Kim.

Architect of many of the great private courses in America, Raynor in designing Waialae incorporated ideas from many legendary golf holes in Europe - including the Road Hole at St. Andrews, which he used as the inspiration for Waialae’s No. 10. A 2017 restoration by Tom Doak worked to return the course to its original state, and the result for pros is a sumptuous 7,044-yard, par-70 layout loaded with tree-lined fairways and bunker-protected greens.

It’s a vastly different animal from Kapalua, with its massive elevation changes and wide-open fairways. Waialae is largely flat, with a total elevation change of just 10 feet, and given its more urban locale on the outskirts of Honolulu, the fairways are tighter. The only real hazards are the 83 bunkers—which given the shot-making ability of the top pros, do little to prevent low scores like the course record 59 that Justin Thomas shot there in 2017. Defending champ Hideki Matsuyama closed with back-to-back 63s last year, and among the top 24 finishers, there was just one round in the 70s.

Take away the majestic palm trees and ocean views, and Waialae is not unlike many courses the pros see (and typically shoot lights-out on) in Florida or Southern California. And one note to viewers and bettors: the standard nines are reversed for the PGA Tour event, given that the front side (the back for the pros) provides a better view for TV and better scoring opportunities for players coming home.

A season-opening, full-field event with no top-10 players, no defined odds favorite and three dozen first-timers can make for a challenging situation for bettors, who also don’t have a lot of 2023 form to go on. The good news is that the Sony Open in Hawaii has been around for so long, and has been played on the same golf course all that time, that there’s a stable of proven players who have cultivated strong track records in Honolulu, and examining those guys as betting options is as good a place as any to start.

That list begins with Conners, a +2200 (22/1) option on golf betting sites, who in his last three Sony Open appearances has finished solo 11th, T12 and T3. Although the Canadian hasn’t won on tour since 2019 and hasn’t notched a top-five finish since August, there’s clearly a comfort level with a player who’s been in the 60s in 11 of his last 12 rounds at Waialae. Beyond Conners is Webb Simpson, who is priced at +6600 (66/1) on USA sports betting sites. Simpson has been fourth or better in three of his last four Sony Open starts, though he did start T61 to open an injury-riddled 2022.

Another Sony Open mainstay is +2000 (20/1) betting choice Russell Henley, who won the tournament in 2013 and has finished second and T11 the past two seasons, and won on the PGA Tour as recently as November. Gary Woodland (+5000, 50/1) owns four straight finishes of T13 or better on Oahu, but is playing in the tournament for the first time since 2019. Adam Svensson (+7000, 70/1) finished T7 in just his second career Sony Open appearance last year, and also won the PGA Tour event in Sea Island, Ga., in November.

Kim tees it up Thursday going for his third victory and fifth top-five finish since August, a stretch of recent performances any other player in the field would find tough to match. Im, whose best finish in four career Sony Open starts is a T16, is going for his sixth top-10 since late July. Tom Hoge, who finished T3 at Kapalua, is the top finisher from the Tournament of Champions in this field - but the +2500 (25/1) shot on betting sites has missed the cut in three of his last four Honolulu starts, and the TCU grad made a detour on Monday to see his alma mater get pummeled in the college football national championship game in Los Angeles.

Corey Conners to Win, +2200 (22/1): Chasing a little value with this one, to be certain, but we like Conners’ track record in Honolulu and the fact that he closed the Tournament of Champions with a 67, his best round of the week.

Tom Kim Top 5, +275 (11/4): The top-ranked player in the field is just a machine right now, shooting four rounds in the 60s to tie for fifth in a stacked field in Kapalua. So what if he’s never played Waialae; he’s been T5, T10 and T4 in his last three outings.

Christiaan Bezuidenhout Top 10, +450 (9/2): The South African tied for 17th in his tournament debut last season, and is coming off a nice fall in which he finished top five in two of his past three DP World Tour starts. In a wide-open field, why not?

How to Watch the Sony Open in Hawaii