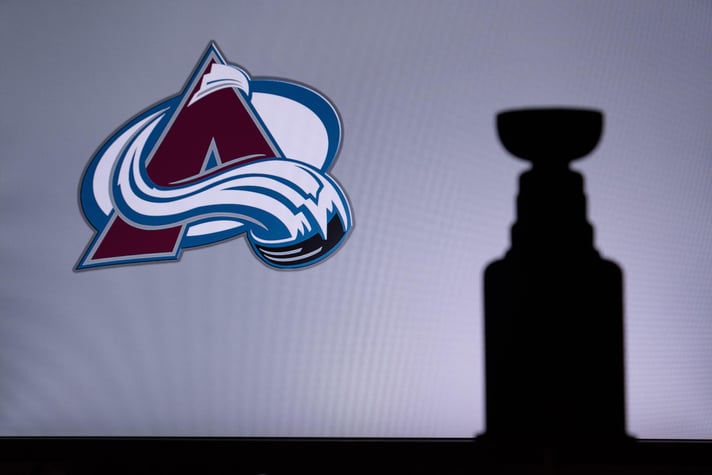 Of all the major sports leagues in North America, it has been argued the NHL is the least predictable when it comes to outright or futures betting. Recent seasons have diminished that reputation somewhat, with Colorado’s victory at +600 following Tampa’s back-to-back wins at +675 and +900. Those prices are among the four shortest-odds Stanley Cup winners since 2009, with the remaining winners routinely coming in at +1000 or higher, meaning you can often find value at NHL betting sites.

This should not be seen as a disincentive to bet, however, as it means that there tend to be attractive odds scattered throughout the listings, and it never really feels that a team is out of contention before the holiday season. The victorious St. Louis Blues of 2018-19, for example, were +3000 in preseason but soared to +8000 on New Year’s Day and +10000 at the All-Star Break, before hitting form at the perfect time to bring joy to those who backed them at NHL betting apps as well as the fanbase.

Unlike other season-long markets, the Stanley Cup odds for the next season tend to be released immediately after the season before has ended, if not before. Whereas individual awards odds can be heavily dependent on offseason factors such as player movement, this doesn’t tend to have such a big impact on the bigger picture, as the majority of teams will retain the core of their players from one year to the next.

Some betting sites will offer each-way betting on this market, usually paying out at half the odds on the Stanley Cup runners-up. This gives you another good chance to win and can be a nice consolation if your team falls at the final hurdle, particularly when the odds are long.

While it is the case that repeat cup wins are generally quite rare in the NHL, it doesn’t tend to stop NHL betting sites from installing the defending champions among the preseason favorites. That meant that last season’s emphatic winners, the Colorado Avalanche, were an easy pick for the 2023 cup. Their preseason odds of +450 were among the shortest that have been seen on ice hockey betting sites, however, in many years. The last team to win at comparable preseason odds were the 2008-09 Pittsburgh Penguins, and before that the 2001-02 Red Wings.

With a third of the season gone, the odds have changed wildly in some places from the preseason prices that saw the Avalanche on top, closely followed by the Toronto Maple Leafs, Tampa Bay Lightning, Florida Panthers and Carolina Hurricanes.

While the Avalanche, Leafs, Lightning and Canes are still well fancied at most betting apps, two teams, in particular, are looking to spoil the party. The Boston Bruins and New Jersey Devils have started the season on a tear. They have each won 21 matches from 25 and 26 regular-season games, respectively. Their 43 points each are four better than their next closest competitors in the entire league.

Vegas Golden Knights, after a relative down year last season, are back as a force to be reckoned with and have the best record in the Western Conference. No team is within six points of their 39-point total in the West, and their status as third favorites with USA sports betting sites is well justified at this point in the season.

“You have to be in it to win it” is how the old saying goes, and it certainly applies here. As the 82-game regular season progresses, the playoff picture begins to get clearer. Although the odds tend to update daily, there can be opportunities to study a team’s possible path towards the playoffs and compare this against their cup odds. Teams who may appear to be struggling may also be sitting in a division with other weak teams, giving them a clearer path to the playoff race.

Once the playoffs start, it can become somewhat of a lottery, so having a high-odds bet on a previously struggling team from earlier in the season is certainly a favorable position to be in. It gives you the opportunity to sit back and hope for the best or be smart about how to hedge your position as the playoffs progress.

When it comes to the relationship between the Presidents’ Trophy and the Stanley Cup, it is certainly rare that winning the former leads to success in the latter. More often than not, in the past 20 years, the best regular season team (i.e. the Presidents’ Trophy winner) not only struggle to win the cup, but they barely even manage to reach the Stanley Cup Finals. In those two decades, only two teams have managed to win both trophies in the same season (Detroit 2007-08 and Chicago 2012-13), and just one other team has made the Finals (the 2010-11 Canucks). The remaining 17 Presidents’ Trophy-winning teams have all failed to win their Conference.