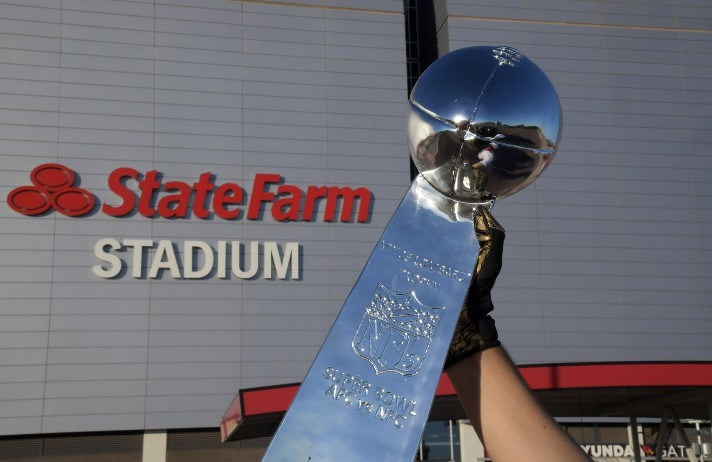 Wild Card Weekend certainly didn’t disappoint fans - even if there were some shocks at NFL betting sites along the way. Now we move on to the divisional round for the right to make it to the conference championship games next weekend.

After sitting on the couch last week watching the action, Patrick Mahomes and the Kansas City Chiefs enter the playoff action for the first time this year. They are favorites with most NFL betting apps to go all the way and face a Jacksonville Jaguars that dug itself and then got out of the mightiest hole last weekend. Trevor Lawrence threw four first-half picks against the Los Angeles Chargers but stormed back from a 27-0 deficit to win 31-30.

The drama didn’t stop there in the AFC as the Buffalo Bills squeaked past the Miami Dolphins despite being favored by nearly two touchdowns with some USA sports betting sites and allowing just 231 total yards. The Cincinnati Bengals had to rely on the longest fumble recovery touchdown in playoff history in the fourth quarter to get past the Baltimore Ravens.

In the NFC, the Philadelphia Eagles were the team with their feet up enjoying the action, and they were rewarded with a third meeting this season with divisional rivals New York Giants. New York got there as Vikings quarterback Kirk Cousins checked down four yards behind the line to gain with the season on the line in a 4th-and-8 situation.

The San Francisco 49ers carried on their merry way with a convincing win over the Seahawks Saturday afternoon to remain a popular NFL picks for the Super Bowl. They have another home tilt to look forward to, this time against the Dallas Cowboys after Dallas eliminated Tom Brady for potentially the final time in his career.

When you get this close to the end goal of the Super Bowl, the pressure ramps up just that bit more. The difference between US betting apps favorites pulling off the win can often come down to whether they hold their nerve in the biggest moments or not.

The Bills and the Chiefs have been swapping places as the favorites on betting apps all season, and they will put that confidence to the test this week. The two teams met in the divisional round last season in what was an instant classic. After Jacksonville’s record-breaking comeback, should the Chiefs be scared of a repeat at Arrowhead Stadium?

The Bengals dared Mahomes to pass short in the AFC Championship Game last season and came out on top. Will we see a similar game plan play out in Buffalo to stop Josh Allen from hitting the deep shot?

With third-string rookie quarterback Brock Purdy in tow, the 49ers have improbably enjoyed an 10-game winning streak that includes six starts from Purdy. If they were to go all the way and lift the Vince Lombardi trophy, it would be one of the more miraculous victories ever given Purdy was Mr Irrelevant in last year’s NFL draft. In his way will be Dak Prescott on a mission to put a bad regular season behind him. Given his five total touchdown performance in Wild Card Weekend, NFL player props involving Prescott could hold some value.

The Eagles will be looking to make it three wins out of three this season against the Giants, who had their most impressive offensive performance of the season in the wild-card win over the Vikings.

We often see one of the pre-season favorites win the NFL Super Bowl, although this is clearly a betting market that remains open all the way through the campaign and is still available when it comes to the big showdown between the two teams left standing.

In recent years, it has been the AFC sides who have generally come out on top. Before the Los Angeles Rams claimed a victory in February 2022, only three of the previous nine winners had been the NFC Championship winner. If you think the Super Bowl champion will come from the NFC, then open your NFL betting app and make your choice.

The Seattle Seahawks, Philadelphia Eagles and Tampa BayBuccaneers were the three NFC sides who triumphed in Super Bowls 48, 52 and 55.

In the other seven Super Bowl appearances made by an NFC West side, there were a succession of defeats including the Rams losing to the Patriots on two separate occasions, while San Francisco 49ers were beaten by the Chiefs and Ravens in this time span.

How to Back Winners on the NFL - Super Bowl Winner Market

There have been five different Super Bowl winners in the past five years, so it's certainly worth considering a number of teams when it comes to this betting market. The Los Angeles Rams claimed a triumph in Super Bowl LVI, having followed Philadelphia Eagles, New England Patriots, Kansas City Chiefs and Tampa Bay Buccaneers to the winners' enclosure.

When we get down to the final two teams, it isn't necessarily the case that Super Bowl experience counts for a great deal. In 10 of the past 16 matches, it's been the side with the least experience overall that has gone on to claim the spoils. This is certainly something to consider for this market when there are just two sides left standing and something to think about with regard to NFL prop betting.

Many customers like to keep their powder dry when it comes to the Super Bowl winner market considering that the betting odds will be regularly available throughout the season. Therefore, there's an argument to suggest that customers should keep a watching brief during the early stages of the campaign before wagering.

There can also be a successful strategy that involves backing one AFC team and one NFC team on this market. You are guaranteed that neither side can meet each other in the postseason until the Super Bowl match itself and the pair clashing at this stage would guarantee that you would get a winning return from at least one side. If you have some betting offers to use with your chosen betting site, why not use it on the Super Bowl winner before the season gets under way.