The American Express: Odds, Players to Watch and Course Overview 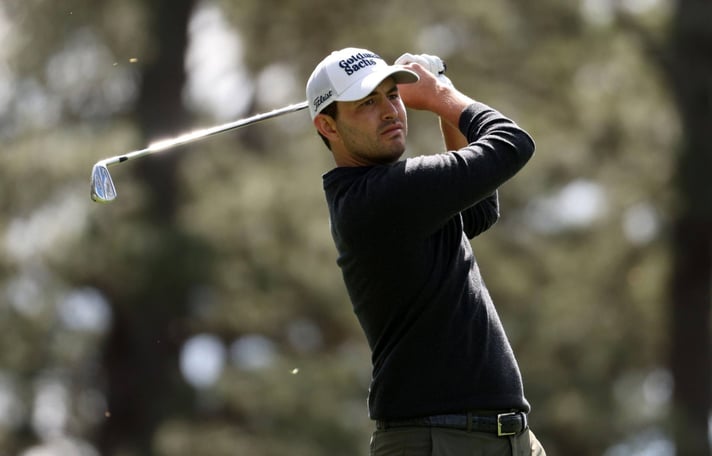 After two weeks in Hawaii, the PGA Tour lands in the continental United States for the first time in 2023, trading Pacific Ocean views for the rugged landscape of Southern California’s Coachella Valley. But from one geographic location to another, there’s a single constant: Jon Rahm at the top of the odds board.

The Spaniard, who won the season-opening Sentry Tournament of Champions in Hawaii to continue what’s been a white-hot four-month stretch, is the clear favorite on golf betting sites again this week at The American Express, which is contested on three different courses outside Palm Springs. And this is hardly a weak field - in addition to Rahm, ranked No. 4 in the world, the AMEX also features No. 2 Scottie Scheffler, No. 5 Patrick Cantlay, No. 6 Xander Schauffele and six other players in the top 20.

There’s also Si Woo Kim, the winner of last week’s Sony Open in Hawaii outside Honolulu, who won the AMEX in 2021. A notable absentee is Hudson Swafford, who won the second of his two AMEX titles last season, but has since defected to LIV Golf. The odds on golf betting apps indicate that everyone else at La Quinta will be chasing Rahm, the +550 (11/2) favorite to win over Cantlay and Scheffler, both +1000 (10/1). In his last six starts dating back to mid-September, Rahm has won three times and never finished worse than T8.

Rahm won the AMEX in 2018, opening with a 62 and claiming the title in a playoff over Andrew Landry. Formerly known as the Desert Classic and including a pro-am that in its heyday attracted the likes of Bing Crosby and Frank Sinatra, The American Express dates back to 1960, making it one of the longest continuously played tournaments on the PGA Tour.

As one of those rare PGA Tour events contested on multiple golf courses, the AMEX puts a premium on versatility. Over the first three rounds, players rotate through the 7,187-yard, par-72 Stadium Course at PGA West, the 7,147-yard, par-72 Jack Nicklaus Tournament Course at PGA West, and the 7,060-yard, par-72 layout at La Quinta Country Club. The cut is after 54 holes, and the remaining 65 players (and ties) advance to play a final round Sunday at the PGA West Stadium Course.

The Stadium Course, designed by Pete Dye, has bedeviled golfers since its opening in 1986. Inspired by Scottish links courses, it features challenges like the island green on a signature par-3 17th known as “Alcatraz,” and an 18th where water runs up the entire left side. The bunkers are so deep that former House speaker Tip O’Neill once couldn’t get out of one while playing in the pro-am. The long, punishing setup was so ahead of its time that players in 1987 demanded the course be removed from the Tour - and they got their way, until it returned in 2016.

The Nicklaus Tournament Course, designed by the six-time Masters champion and opened in 1989, is also known for its island greens and cavernous bunkers, although the layout is viewed as far more rewarding to good ball-strikers than its more infamous neighbor at the PGA West resort. And the 51-year-old La Quinta Country Club course is a classic Southern California layout with narrow fairways, bunker-protected greens, and majestic palms swaying in the desert breeze.

Of players with more than one career start at the AMEX, the best average finish belongs to Sungjae Im, whose average of 11.3 includes a T10 in 2018. A +2000 (20/1) wager on betting sites to win this weekend, Im is coming off mixed results in Hawaii, where he finished T13 in the Tournament of Champions but missed the cut at the Sony Open. Beyond Im, there’s Rahm - that man again - whose career average of 13.8 in four starts includes a solo sixth in 2019, in addition to his 2017 victory.

But Rahm isn’t the only player in the Coachella Valley this weekend on a roll. Cantlay is on an exceptional run that’s netted a victory, two runner-up appearances, and two more top 10s in eight starts since the Scottish Open last July. He’s also been very good as of late in the AMEX, finishing solo ninth, solo second, and T9 in his last three appearances there. Scheffler is also playing well, with top 10s in each of his last four starts. His best finish at the AMEX was third in 2020.

Schauffele, who has missed the cut in two previous AMEX starts, is something of a question mark given that he withdrew from the Tournament of Champions with a back injury and did not play in the Sony Open. Tom Hoge, who is +3500 (35/1) on sports betting apps to win this week, has been T6 and solo second at the AMEX and played well at the Tournament of Champions where he tied for third. And +1800 (18/1) Will Zalatoris, who was T6 in his AMEX debut last year, has shot in the 60s in eight of his last 12 rounds on tour.

Patrick Cantlay to Win, +1000 (10/1): All the Southern California native does is contend, even if he doesn’t quite rack up victories at the rate his performance indicates (hey, golf is hard). But Cantlay has been in exceptional form since last summer, and he’s shot in the 60s in nine of his last 12 rounds at the AMEX, where he was runner-up by a shot in 2021.

Jon Rahm Top 5, +150 (6/4): OK, so maybe there’s not much value there. But Rahm remains the hottest golfer on the planet, and he’s going for his fourth victory in his last six starts, so he needs to be incorporated into a betting profile somehow this week.

Tom Hoge Top 10, +380 (19/5): The AMEX runner-up last season opened 2023 with a solid T3 against a stacked field in the Tournament of Champions. We’ll forgive him his T41 in the Sony Open - he made a side trip before the tournament to see his alma mater, TCU, get hammered in the college football national title game.

How to Watch The American Express