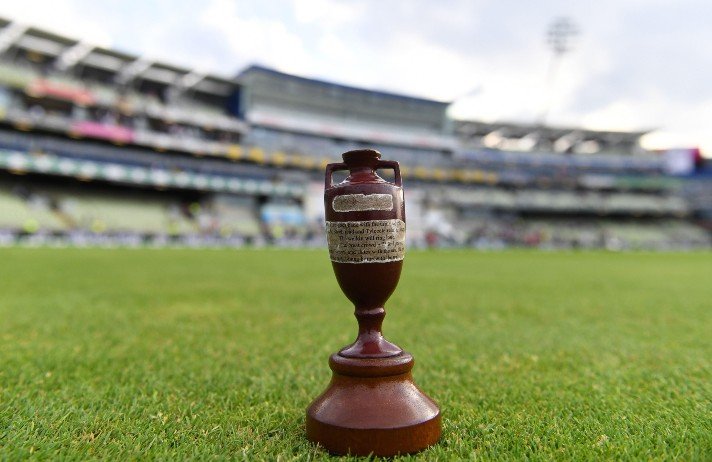 What a perfect way to say goodbye to 2021 and welcome in 2022. England and Australia cricket teams do battle for the 72nd time in an Ashes series with Australia established as favourites to retain the most famous urn in the world.

But Joe Root and the rest of the England squad are determined to cause an upset by ending the home side's dominance Down Under and we take a look at the forthcoming series highlighting the leaders in the various key markets.

The advantage of hosting the Ashes means that the country in question can prepare the pitches to suit their bowlers. It’s credit to Australia therefore, for going to England two and a half years ago and drawing the series 2-2 to retain the most famous Urn in the world.

In the overall history of the Ashes, Australia hold a slender lead winning 33 of the 71 series played since the two nations first met in 1882. England can level the all-time series with a win this winter. The drawn series in 2019 was the sixth time the series finished all square.

England set their pitches up to suit their fast bowlers Stuart Broad and James Anderson who between them have 1,156 Test wickets between them. But Anderson was critical of the pitches claiming they suited the tourists more than England’s bowlers.

Australia will be doing all they can to make sure the five pitches which will host the Ashes in Brisbane, Adelaide, Melbourne, Sydney and Perth will favour the home bowlers and give them an advantage over England.

If the groundsmen do their job properly, then there should be no excuse for Australia to not only retain the Ashes, but to win the series like they did in 2018 when they beat England 4-0. England’s Ashes record Down Under is terrible with no wins in the last 10 games.

The last time England won a Test on Australian soil was in January 2011 which put the cap on a 3-1 series win. Australia are 1/3 to win the series while the tourists are 17/4 to regain the Ashes. A second successive series draw is available at 8/1 with most of the best bookmakers.

The last Ashes series in England was billed as a personal duel between Steve Smith and Joe Root. Smith had just returned to the side after his part in the sandpaper scandal that saw him banned from cricket for 12 months. Jeered and booed every time he walked to the crease, Smith dug deep and was a constant thorn in England’s side for the entire summer.

He may not have been wearing the captain’s armband, stripped from him in the aftermath of the ball-tampering scandal but Smith outplayed Root. Smith occupied the crease for a total of 35 hours and 37 minutes scoring 687 runs from 1,416 balls faced. Root scored 378 runs as he was upstaged by Ben Stokes who top scored for England with 441 runs.

Stokes single-handedly kept England in the Ashes last time around with a superb unbeaten 135 at Headingley when he and unlikely hero Jack Leach held off the Aussie attack to win the third test by one wicket.

Smith is 5/2 to be the leading batsman in the forthcoming series and he is 7/5 to be Australia’s leading run scorer. Marnus Labuschange is currently ranked fourth in the Test rankings and he has Smith to thank for his opportunity. Labuschange made his debut as cricket’s first ever concussion replacement for Smith on the final day of the second Test at Lord’s.

Labuschagne has not looked back since that fateful day in 2019 and after finishing his first Ashes series as his country’s second leading scorer, he will be highly fancied to score freely this winter. Labuschagne is 9/4 to be Australia’s leading run scorer.

If England are to make this a competitive series, the top order will have to score runs. They have often left it to skipper Joe Root to bail them out of the trouble they have found themselves in.

Root, ranked number one in the world, relishes a challenge and winning the Ashes in Australia will be the highlight of his illustrious career so far and the captain is 8/11 to end the series as England’s most prolific batsman.

The return of Ben Stokes will be a major boost for England who have missed their all-rounder this summer. Stokes took time away from the game in the summer to fully recover from surgery on his finger and he will be fresh and ready for the fight with the Aussies.

Born in New Zealand, Stokes would love nothing better than to bloody the nose of the Aussies in front of their own supporters.Stokes can be backed at 4/1 to score more runs for his country than any other Englishman.

England To Rely On Experienced Duo

For Broad, that means one more series of being pantomime villain for the Australian public who won’t him forget or forgive him for not walking when it appeared he edged an Ashton Agar delivery to Michael Clarke via a deflection of wicket-keeper Brad Haddins’ glove in the first Test at Trent Bridge in 2013.

Broad has thrived on the reception he gets from the Australians and he can expect more warm welcomes when he lands in time for the first Test. Broad is capable of producing blistering spells such as the 8 for 15 at Trent Bridge in 2015. Broad starts the series with 34 Test wickets against Australia and he will have Aussie opener David Warner in his sights once again.

Broad dismissed Warner seven times in the 10 innings in England and the opener will be hoping to end his dismal run against Broad. Broad is 3/1 to take more wickets than any other England player while Anderson is 9/4 to be his country’s leading wicket taker.

For Australia, they have a good balance of fast and spin bowlers. In Pat Cummings, they have the top ranked bowler in the world and the fast bowler will be optimistic of adding to the 29 scalps he took in England in the last Ashes series.

Cummings is 7/4 to be Australia’s leading wicket-taker while Josh Hazlewood, who picked up 20 wickets two and a half years ago, is 10/3. Nathan Lyon’s spin accounted for 21 wickets in the most recent Ashes series played in Australia and he is also 10/3 to take the most England wickets.

BT Sport has exclusive rights to the Ashes that get under way on December 9. All five Tests will be broadcast live while highlights packages will also be available on the same channel. It’s part of a deal that BT Sport signed to broadcast Australian cricket internationals up to and including 2025.

BT Broadband customers can include the Sports package to their bundle for just £15 a month while the ‘Big Sport’ package is also available at £40 per month and includes all BT Sport channels as well as 11 Sky Sports channels via a NOW pass.

The Ashes will also be available with a BT Sport monthly pass without the customer signing up to a contract. With the time difference, two of the five Tests will begin at 11.30pm two will start at midnight while the day/night Second Test will see the first ball bowled at 4am.

BBC’s popular Test Match Special will be open for business as usual with Jonathan Agnew leading the coverage.

Familiar Faces Ready To Do Battle

Every Ashes series throws up plenty of subplots and this year's series is no different. Australia's plans were thrown a curveball when Tim Paine was stripped of the captaincy after explicit text messages to a former colleague at Cricket Tasmania were made public.

Vice-captain Pat Cummins has been named as the new captain while Paine will miss the series after announcing he will take a break from cricket with immediate effect which could offer an opportunity to fellow wicketkeeper Josh Inglis to start his Test career.

England captain Joe Root will be without a couple of fast bowlers which will crank up the pressure on veterans James Anderson and Stuart who have a combined age of 74. Jofra Archer misses the tour with an elbow injury while Sam Curran and Ollie Stone are recovering from back injuries. The depth in the squad is strong enough to cope with these loses as they look to win a series in Australia for the first time since 2011.

Brisbane All Set For Ashes Opener

This Ashes series follows a similar schedule as previous campaigns in previous years with Brisbane getting the series up and running at midnight on December 8. Melbourne will once again host the Third Test or the Boxing Day Test. One noticable change this series is where the tour ends. The last time England toured Australia, the fifth and final Test was played at the SCG in Sydney. This year, Perth will bring the series to a close on January 14.

Mark Fordham
@MWFordham
9 Articles
Mark spent over a decade as a sports reporter and editor with Goal.com and Bleacher Report. He is now a Content Editor at Bookmakers.com covering all manner of sports from the Premier League and cricket to the NBA and NFL.
Read Articles