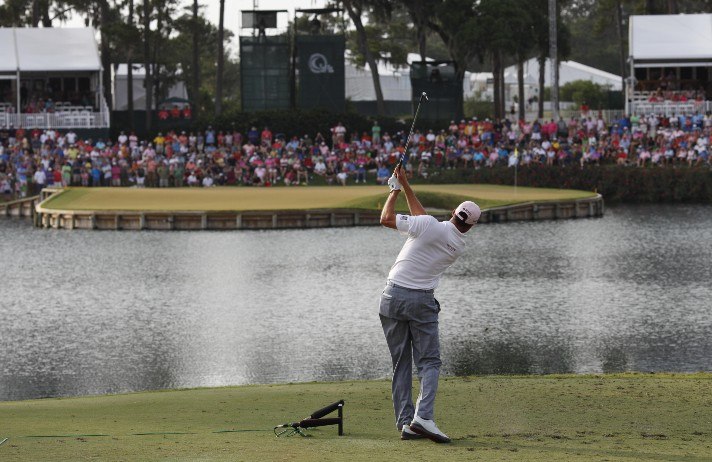 The golf betting season ramps into high gear with the arrival of The Players Championship, which boasts the best field of any event on the PGA Tour calendar, and signals that the majors aren’t far away. Held at the TPC Sawgrass in Ponte Vedra, Fla., the 144-player field includes 109 PGA Tour winners, among them two dozen major champions from around the world.

So, yeah: this field is stacked, more so than even any major championship, given that it takes PGA Tour wins, FedEx Cup appearances or a high standing in the World Golf Rankings to get in. That also means it’s highly competitive, with lots of potential candidates to win.

The Players Championship is the first big tournament of the year, so sportsbooks roll out lots of options for bettors, sometimes as many as you’d find for a major. The foundation remains the moneyline market, where bettors can wager on players not just to win but finish inside the top five, top 10, top 20 or even top 40, though potential payoffs drop dramatically as the range widens.

Many online bookmakers also offer group bets, where you can wager on a player to finish with the lowest score in a group of four or five players, for either the round or the tournament. There are also three-ball options, where bettors can back one of three players to finish with the lowest score in their trio. Keep in mind that in both group and three-ball betting, scores relative to the other players involved in the wager are all that matters.

The Players Championship also offers options like betting on a player to make or miss the cut, wagering on the size of the winning margin, or even betting on whether there will be a playoff (there have been five in the tournament’s 46-year history). Then there are prop bets, that are typically fun wagers that have little to do with the tournament’s result, such as whether a specific player will card an eagle, a hole-in-one or go bogey-free.

And at The Players Championship, many of those props focus on one hole: the famous par-three 17th with its island green. Some books offer a full slate of props just on the 17th, such as whether there will be a hole-in-one, multiple holes-in-one, holes-in-one in specific rounds or even no hole-in-one at all.

Global Betting on The Players Championship

Golf is a global game, and the field for The Players Championship reflects that. More than 25 different countries are represented in 2022, and over the past two decades the tournament has seen winners from Northern Ireland, South Korea, Germany, South Africa, Sweden and Australia in addition to the United States.

There are certainly candidates this year who are capable of adding to that list. The favorite at many sports betting sites is Jon Rahm of Spain, who finished tied for ninth at Sawgrass last year and is currently ranked No. 1 in the world. He’s followed closely by world No. 6 Rory McIlroy, who’s recorded top 10s in three of his six starts this year and won the event in 2019.

Viktor Hovland, a Norwegian betting site favourite has surged to No. 3 in the world after finishing fourth and second in his past two PGA Tour starts. Reigning Masters champion Hideki Matsuyama of Japan won the first full-field event of this PGA Tour season in Hawaii. Australian Cameron Smith is ranked No. 10 in the world, while Joaquin Niemann of Chile broke through to win at Riviera recently.

Other international contenders inside the top 20 in odds include Sergio Garcia of Spain and Adam Scott of Australia, both past champions, Sungjae Im of South Korea and Shane Lowry of Ireland. Further down lurk dangerous players like Louis Oosthuizen of South Africa, Abraham Ancer of Mexico, past champion Jason Day of Australia and Tyrrell Hatton and Tommy Fleetwood of England.

When to Bet on The Players Championship

As with majors, markets for betting on The Players Championship are available weeks or even months before the tournament begins. If you’re wagering before the event starts, you’re placing a “futures” bet, which in some cases can provide more favorable odds, depending on the player. Once the tournament commences, odds will change based on who’s at the top of the leaderboard and who isn’t.

Once play begins, most top golf betting sites offer in-play betting opportunities. The leisurely pace of golf, in which players take several minutes between shots, makes it ideal for in-play betting, allowing bettors time to contemplate odds changes and make the best wager for them. Knowing trends like the hardest and easiest holes at Sawgrass can help savvy in-play bettors know when to strike.

Given the wealth of wagering opportunities available, The Players Championship offers an excellent chance for bettors of any experience level to get in on the action. At Bookmakers.com, you’ll find a curated list of legal, online sportsbooks featuring a range of secure deposit and withdrawal options, as well as strong customer service and a commitment to responsible gambling.

There are also lots of betting offers available to first-time users. In the United States, DraftKings, Caesars, FanDuel, WynnBET and BetMGM are just some of the sportsbooks offering generous signup offers to new players. Here at Bookmakers.com, we list sports betting offers and the best betting sites from around the world.

Previous Winners of The Players Championship

Justin Thomas claimed the 2021 Players Championship after a final round that saw the American start three shots back, seize the lead with a blistering six-under stretch over five holes and hold off Lee Westwood of England to win by a stroke. The event’s most memorable finish came in 2015, when Rickie Fowler trailed by five shots with six holes left before finishing eagle-birdie-birdie to force a playoff — which he won.

Little-known Englishman Craig Perks, two down to Stephen Ames with three holes left in 2002, seized the title by chipping in for eagle at 16, burying a 40-foot birdie putt on 17 and holing out for par from the back fringe on 18. Hal Sutton stared down Tiger Woods in the final round to win by two shots in 2000. And Australian Greg Norman famously devoured a soft Sawgrass layout in 1994, shooting a 24-under score that’s still the tournament record.

Where Can I Watch The Players Championship?

The Players Championship is a big event that gets lots of television coverage, giving golf bettors plenty of opportunities to keep up with the action. For those using US betting sites, the tournament is televised by The Golf Channel from 1-7 p.m. ET on Thursday and Friday, and by NBC from 2-7 p.m. ET on Saturday and from 1-6 p.m. ET on Sunday.

In Europe, Sky Sports will dedicate a channel to the tournament, with Sky Sports The Players televising over 60 hours of coverage beginning with the opening tee shot Thursday. Foxtel and Kayo in Australia will also feature a dedicated Players Championship channel. SuperSport will televise the event in South Africa, and TSN in Canada.

Frequently Asked Questions
Who is in the field for the 2022 Players Championship?

The tournament will feature 47 of the top 50 players in the world, with notable absences being Bryson DeChambeau and Harris English (injuries) and Phil Mickelson (taking a break). The full 144-player field includes dozens of tour winners and major champions but no Tiger Woods — he’s still recovering from injuries suffered in his automobile crash last year.

Who has won The Players Championship most times?

Jack Nicklaus won the Players Championship a record three times, in 1974, 1976 and 1978. Five others have won it twice, but none of those are in the field this week: Fred Couples, Steve Elkington, Sutton, Davis Love III and Tiger Woods.

Where can I bet on The Players Championship?

Bookmakers.com cuts through the clutter to offers a selection of legal online wagering platforms that have been vetted for elements such as ease of use, customer service and deposit security. These sites also offer a bevy of wagering options for The Players Championship, so browse our site to find the best odds and the best bets for you.

Who won golf majors this year?

David Caraviello
@dcaraviello
5 Articles
David Caraviello is a veteran sports media professional with three decades of industry experience, most of it coming in the areas of golf, motorsports and college athletics. An 11-time attendee of The Masters, he has written about sports wagering since 2017.
Read Articles