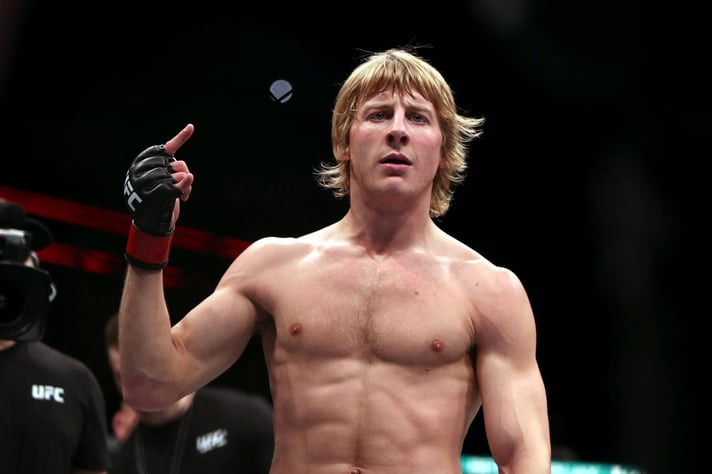 This Saturday, the UFC returns to the T-Mobile Arena in Las Vegas, Nevada, for UFC 282. The show is stacked from top to bottom and is headlined by a light heavyweight bout between the #2 ranked Jan Blachowicz and #3 ranked Magomed Ankalaev for the vacant UFC Light Heavyweight Championship.

Further down the card, England’s Paddy “The Baddy” Pimblett makes his PPV debut as he seeks to get a number beside his name. The polarizing fighter is sure to be a popular selection at UFC betting sites, but how will the fights go?

Check out our UFC 282 preview below, where we’ve also got the best odds from sports betting sites and even the best betting welcome offers available where you are.

Originally slated to be a number one contender bout to see who would take on Jiri Prochazka, Blachowicz and Ankalaev will now be fighting for gold, as the Czech champion vacated the belt in November due to a shoulder injury.

Since losing his UFC debut in 2018, Dagestan’s Ankalaev has put together a nine-fight win streak to make it to this point. Some UFC pundits and fans have questioned whether he deserves a spot at the top table, but he’ll have the chance to silence them in his first UFC championship fight.

To do that, he’ll need to defeat former light heavyweight champion Jan Blachowicz. There are any number of ways for the Pole to beat you. He has power (nine KO/TKO victories), technique (nine submission victories) and stamina (11 decision victories).

Whoever wins this will have to earn it, but the experience of Blachowicz could ultimately be the deciding factor. He’s the underdog in this one, but he might just be able to claim the title for a second time.

Paddy “The Baddy” makes his first UFC pay-per-view appearance, following three straight stoppages to start his UFC career. The Englishman comes into this one on the back of consecutive rear-naked choke victories and will be hoping for another dominating win to prove there’s more to him than just charisma.

Opposite him on Saturday will be five-year UFC veteran Jared Gordon. This will be Gordon’s third fight of 2022, with his first two fights of the year split 1-1. There’s a big red flag in the form of a rear-naked choke loss in April, which is something Pimblett will look to exploit.

William Hill is running an enhanced sign up offer for this fight. They have boosted the odds on either fighter to win, with Pimblett boosted to as big as +8000 (80/1) and Gordon’s price enhanced to +20000 (200/1) for new customers located in certain countries.

This was originally scheduled to be Ponzinibbio v Robbie Lawlor, before the latter withdrew because of injury. As a result, Morono stepped in at late notice and this bout will be at a 180-pound catchweight.

Catchweight and short-notice fights are hard to figure out at times. The pick for this fight might be for it to go the distance, given that five of Morono’s last six fights have gone all the way, as have Ponzinibbio’s last three. It’s a tough fight to pick a winner in, given the lack of prep for each fighter.

Darren Till looked destined for big things in the UFC, going unbeaten in his first six fights. That streak led to a UDC Welterweight Championship fight, which he lost to Tyron Woodley. Since then, he’s fought just four times. This will be his first fight in over a year because of a knee injury, as he looks to get his career back on track.

Dricus du Plessis is trending the other way. The South African has won all three of his UFC fights, including two KO victories and a performance of the night award at UFC 264. He’s surging and might be able to take advantage of Till’s rustiness with another stoppage win.

A really intriguing fight opens the UFC 282 Main Card. Two fighters put their unbeaten professional records on the line, with 27 wins between them.

They have each done enough to be ranked, but a win here could send either fighter skyrocketing up the featherweight ranks. Submissions could be the order of the day in this one. Mitchell has nine submission wins to his name, while Topuria has made seven opponents tap.

The Georgian, Topuria, has shown something in his career that Mitchell hasn’t, though – knockout power. He’s ended four of his fights with his fists, which is something Mitchell hasn’t managed yet. That extra string in his bow should be enough for him to end this fight.

There are also four early UFC 282 prelims, which are scheduled to start at 17.30 (ET). With so many fights taking place and so many UFC betting markets to choose from at sports betting sites around the world, there are parlays, single bets and props all available. You’ll find these and more at the best UFC betting apps in your location.