Which UFC Fighters Will Win a Title in 2023? 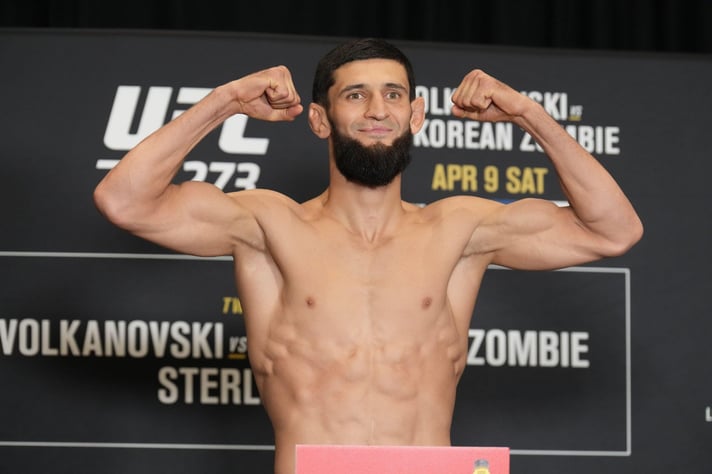 2022 was a big year in the octagon and at UFC betting sites. We saw some huge upsets, like Leon Edwards defeating Kamaru Usman at UFC 278, complete domination from the likes of Featherweight Champion Alexander Volkanovski and some emerging stars progress up the rankings.

As December turns to January and 2022 becomes 2023, who are the UFC fighters who looked primed to make a run towards gold in the new year? We take a look at a handful of fighters you should be on the right side of on UFC betting apps.

Chimaev has rocketed up the welterweight rankings in 2022 thanks largely to his unanimous decision victory over Gilbert Burns in April. His only other fight this year was in a catchweight bout against Kevin Holland at 279. Chimaev was originally due to fight Nate Diaz in the main event that night, but missed weight, resulting in a last-minute switch.

Undefeated in his six UFC fights, Chimaev is a real problem for new champion Edwards. He has shown his submission ability and knockout power and looks the complete package. Borz, as he’s known, is a charismatic figure, who might be able to talk his way into a title fight before too long. If or when he does, he might just be the new welterweight champion.

The UFC light heavyweight division finds itself without a champion as a result of Jiri Prochazka relinquishing the title due to injury. At the final PPV of the year, #3 ranked Magomed Ankalaev took on #4 ranked former champion Jan Blachowicz for the vacant title, where they fought to a draw.

The decision that night baffled many, including Blachowicz himself. Those who bet on Ankalaev at their preferred sports betting sites and those who didn’t almost unanimously felt the fighter from Dagestan won the fight. It’s just a matter of time before the 30-year-old gets another title shot. You can bank on that fight not making it as far as the judges’ scorecards.

Predicting what 2023 has in store for Jon “Bones” Jones is anyone’s guess. For various reasons, Jones hasn’t fought in the UFC since February 2020, when he was last seen defending his since-vacated light-heavyweight title against Dominick Reyes.

There’s every chance his absence continues. But if he does make a return to the Octagon, it may well be at heavyweight. Jones is 35 years old, although it feels like he’s been in the UFC forever. That makes him younger than current heavyweight champion Francis Ngannou. That would be a huge fight for the UFC and for betting apps, as Jones’ return would spark a lot of interest. Assuming he does come back, and it is at heavyweight, he could be the next name on the list of fighters to have held UFC gold in multiple weight divisions.

At just 23 years old, Erin Blanchfield has time on her side. She enters 2023 ranked number 10 in the women’s flyweight division, but her stock is rising fast following back-to-back submission wins in 2022, including a dominant display against Molly McCann at UFC 281.

Ranked number 10, the chances of her getting a title shot in 2023 may seem slim, but her first fight of the year is already booked. At UFC Fight Night 219 in February, she is due to face number-two ranked Taila Santos. A win there will propel Blanchfield up the rankings and could put her on a collision course with Valentina Shevchenko, who has held the title for over four years.