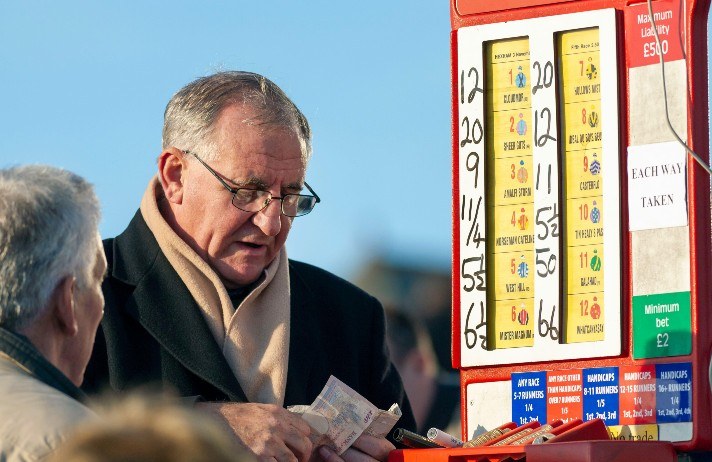 Value can be a lonely place.

But value is the single most important element in the determination of the profitability or non-profitability of any betting strategy. Value in anything is about getting something at a price that is more favourable than the true price. Buying a €500 suit for €200. A packet of Mikados for a euro. (Check the expiry date.) Same in betting. If you can bet on the outcome of any event at a price that is better than the true price for that outcome occurring, then you are on your way.

Take a roulette wheel for example, a European roulette wheel, numbers 1 to 36, plus the Zero. So, 37 possible outcomes, each (on a fair wheel) with an equal chance of occurring. In a single spin then, each number has one chance in 37 of coming up, that’s true odds of 36/1. But the house only pays 35/1. So the true probability of the ball landing in 7 Red is 0.02702, but the player is betting at odds that suggest a higher probability of 0.02778. It’s a bad value bet for the player. In the long term, the player will lose.

There may be short-term wins. It may be that, in any chosen short-term period, 7 Red will come up more often than it should statistically. On average, if you spin the wheel 100 times, 7 Red (and every other number) should come up just over 2.7 times. But it may be that, in any chosen period of 100 spins, 7 Red will come up four or five or six times. In which case, a person who is betting on 7 Red during that period, to level stakes, will show a profit. But spin the wheel a million times, and 7 Red will come up close to 27,000 times, or 27,027 times to be more precise.

So, Roulette is a bad-value bet. Any bet in Roulette. If you bet on Red or on Black, for example, you bet at even money but, because of the Zero, the green one, the true price is slightly bigger than even money. You bet on Black at odds that suggest a probability of 0.5, but the true probability of the ball landing in a black segment is 0.4865, slightly lower than 0.5. In decimal odds terms, you bet at 2.0, but the true price is 2.0555. The Zero gives the house its edge. It’s not a good bet for the player and, in the long run, the player will lose.

Take a deck of cards. If you draw one card at random from a full, fair deck of 52 cards, then the probability of drawing a black card is 0.5, as represented by odds of even money or 2.0. Twenty-six black cards in the deck, 26 red cards (and no Zero), so there is one chance in two that you will draw a black card. Probability 1/2 or 0.5.

Horse racing betting, of course, is not like the spin of a roulette wheel or the draw of a card. Nobody knows what the true odds are for any horse winning any race. Early prices and morning prices and exchange prices and SPs are just a function of opinion, supply and demand, the ebbs and flows of the marketplace. Consequently, in endeavouring to filch out a value bet, to identify a horse that is available at a price that is greater than what you determine to be that horse’s true odds of winning, you will probably be going against popular opinion.

It can be a lonely place: standing there having backed a loser, when all around you are celebrating have backed the, telling you how big a certainty the favourite was. Arguments about odds and value do not wash after the race has been run.

Value is the goal though. Always. Because, if you can consistently bet on the outcome of an event at odds that are genuinely greater than the true odds for that outcome occurring, then, in the long run, you will make a profit.