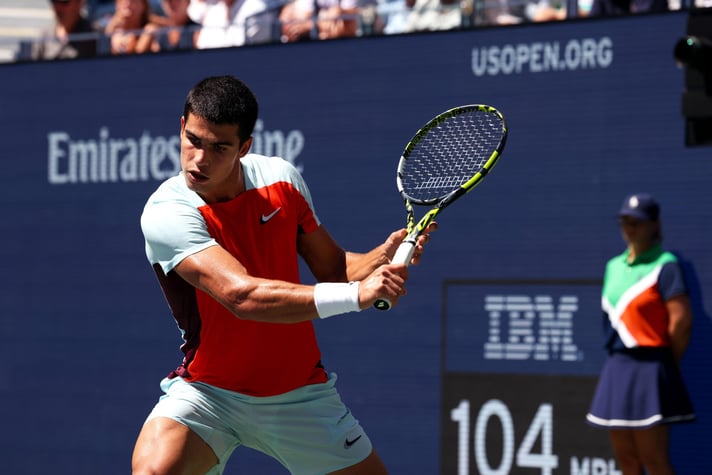 Following the Australian Open, French Open and Wimbledon, we have one final tennis Grand Slam in the calendar year, and that’s the US Open. Flushing Meadows plays host to a tournament where the world’s leading male and female players battle it out for top honours on the hard courts of Queens in New York City.

This is one of the most popular tennis tournaments when it comes to online betting. Customers visiting US sports betting sites, UK betting sites and across the world enjoy placing bets on the outcome of individual matches, while the best tennis betting sites will offer odds on which male and female players will be crowned champion at the end of the competition.

There is the chance to sign up with a sportsbook and claim betting welcome offers, which can often be used for the US Open. Similarly, you might find that there are special promotions and offers that can be enjoyed by tennis bettors. In this article, we’ll attempt to decipher the best way of wagering on this tennis tournament.

US Open Can Be a Difficult One to Win Multiple Times

While players such as Novak Djokovic and Rafael Nadal have dominated the Australian Open and French Open, respectively, over the years, neither have been able to make a similar sort of imprint when it has come to the US Open. That is partly down to the tournament coming towards the end of a long season where fatigue and injury seem to play more of a part.

Between 2018-2022, there were five different winners of the men’s singles tournament, with Novak Djokovic’s fourth US Open success coming in 2018, before his crown was taken by Nadal. However, it has been Dominic Thiem, Daniil Medvedev and Carlos Alcaraz who have been in the winners’ enclosure in the three ensuing years.

Similarly, there were four different winners of the US Open ladies' singles between 2019-2022, with Bianca Andreescu a shock winner of the 2019 event. Her success was followed by wins for Naomi Osaka, Emma Raducanu and Iga Swiatek. Raducanu pulled off the biggest shock of all, going from qualifier to US Open champion at odds of 400/1.

Recent US Open results suggest that you can benefit from backing big-priced competitors when it comes to this tennis Grand Slam. Bianca Andreescu’s shock win in 2019 came from nowhere, with the Canadian comfortably beating Serena Williams in the final. Similarly, Emma Raducanu was available at big odds before her 2021 triumph.

Indeed, the women’s US Open generally has a number of contenders who can reach the final at the very least, and some big prices can be taken with confidence. You can identify the areas of the draw that look weak and even consider backing more than one competitor to cover your chances.

As for the men’s singles, the 2022 US Open served to illustrate that we shouldn’t expect the draw to go according to the seedings. Third seed Alcaraz was able to land the spoils against fifth seed Casper Ruud in the final, although the semi-finalists were 27th seed Karen Khachanov and 22nd seed Frances Tiafoe, which means the net can be cast far and wide.

How to Back Winners on the US Open Outright Market

There are a number of different approaches that can be taken when it comes to US Open betting. If you have a strong fancy for one of the favourites in the men’s singles or the ladies' singles, then you might want to consider a win-only bet and make them your only selection for the tournament.

However, if you want to try to land a big-priced US Open winner, then you can alternatively look to select two or three competitors on your betting app of choice. This approach is only viable providing that your winnings are sufficiently big enough to cover the stake that you have laid out. You can also consider which player will come through each quarter of the draw by studying the matches.