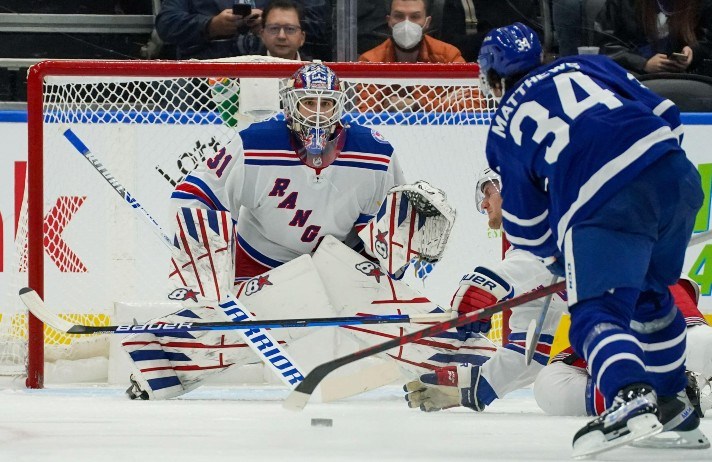 The Vezina Trophy is awarded each season to the best goaltender in the NHL. Voted for by the General Managers of the 32 teams, the award is the greatest honor a goaltender can receive, outside of winning the Hart Trophy. In recent years, the Vezina Trophy market has been one of the more popular futures markets on the leading NHL betting sites.

The New York Rangers’ Igor Shesterkin is the most recent recipient of the award, having led the league in both save percentage and goals against average amongst netminders who played in 10 or more games last season.

Shesterkin’s success continued a trend of first time winners. Of the last 11 players to win the honor, 10 won the award for the first time. Sergei Bobrovsky was presented the trophy in 2017 after a tremendous season with the Columbus Blue Jackets, four years after winning it for the first time in the lockout shortened 2012/13 season.

The winner of the Vezina Trophy will come from a goaltender who tops some of the most important categories for arguably the toughest position in ice hockey. Anyone who is ranked in the top five for save percentage and goals against average are in with a very good chance of landing the honor.

A look back at recent seasons shows that a goaltender winning the Vezina Trophy usually comes from a team that has made the playoffs. The only goalie to buck that trend was when Bobrovsky was presented the honor for the 2012/13 season. A lockout between players and the NHL meant that the regular season was reduced from 82 games to 48.

With that in mind, you might want to narrow your list of possible Vezina Trophy winners down to the teams who are tipped by the best NHL betting apps to make the playoffs.

Since the 1986/87 season, when the NHL moved to a best-of-seven playoff series, only three goaltenders have managed to win the Vezina Trophy and the Stanley Cup. Tim Thomas of the Boston Bruins was the last to do so in the 2010/11 season. Could this year's Vezina Trophy winner come from the Stanley Cup favorites?

Goaltending in the NHL is a thankless task. One night they can be the hero making over 60 saves, to be the villain the next game after conceding four or more goals. Reflexes play a big part in the art of goaltending, and those with the quicker reflexes have a better chance of winning the Vezina Trophy.

Seven of the last 11 winners have come from non-American players, which is worth considering when you make your NHL picks each game. Will this year's Vezina Trophy be won by an American?

The preseason odds suggests that won't be the case. Shesterkin of the New York Rangers (+250) is one of three Russians topping the Vezina Trophy betting market in preseason. Andrei Vasilevskiy of the Tampa Bay Lightning (+500) and New York Islanders' Ilya Sorokin (+800) are next on the list. Shesterkin and Vasilevskiy are previous winners of the award. Thatcher Demko (+1800) is the highest placed American goalminder going into the new season.

Mark Callanan
12 Articles
Mark Callanan is bookmakers.com's NHL writer and creates many of the site's in-depth NHL betting strategy guides. If you're looking to bet on the most popular hockey league on the planet, stick with Mark and he will help you out!
Read Articles