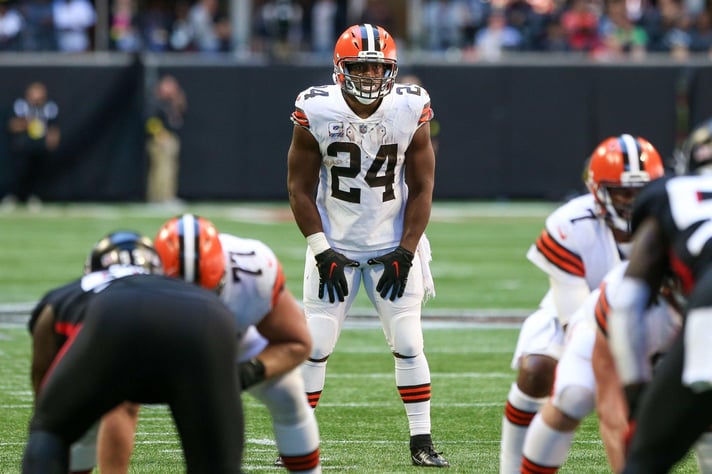 Thanksgiving is in the books, and with just two teams on bye this week – the Cardinals and the Panthers - we have another loaded week in store at NFL betting sites. The Bills, Patriots, Saints, Buccaneers, Cowboys and Colts all play in island games in Week 13 of the NFL season, so they won’t be in DFS lineups on Sunday night. But who will be?

Check out who should be in your lineups at DraftKings and FanDuel below:

Jimmy G isn’t one of the sexier options this week, but his matchup certainly is. Taking on a Miami Dolphins team that’s giving up the second-most points to fantasy QBs on the season makes him a great option.

Eli Mitchell is out for the next few weeks, meaning Christian McCaffrey is likely to see a huge boost to his snap count. Add to him Deebo Samuel, Brandon Aiyuk and George Kittle, and you have some amazing pass-catching weapons in a game the 49ers will likely need to score a lot in to keep up.

One of the best running backs in the NFL against the defense that has given up the most points to opposing running backs this season. Sometimes you should just keep it simple.

The Texans are now clearly more concerned with losing games rather than winning them, so the Browns should be playing with a lead for most of the game. Take all the Chubb carries against a fatigued line thinking about next season you can get.

Houston is giving up 169 rushing yards per game, there is no reason for that number to drop this week.

A high point total and a pick-em spread. The Lions - Jaguars game screams shootout, so take the best receiver on the field. St. Brown has averaged 10 targets a week over the last four weeks, for an average line of 8-93.

On top of that, he’s got serious touchdown upside. With three red-zone targets and two carries in his last three games, he’s getting high-value touches, not just high volume. He’s pricy this week on DFS sites, but for good reason.

The LA Chargers aren’t great at defending tight ends. Or running backs. Or wide receivers. The Raiders and Derek Carr have shown they can put up big numbers at times this season. With aerial threats like Davante Adams and Mack Hollins on the team, Moreau is unlikely to be a high-volume play this week.

However, the over/under line is set pretty high in this game, and Josh Jacobs, though expected to play, is nursing a calf injury, so it’s possible the Raiders throw more. With two touchdowns in his last three games, Moreau is a decent budget tight end this week - one who’ll give you much more flexibility for the remainder of your salary cap.

The most expensive DST on the slate, but it is well worth the money. The Ravens are averaging four sacks a game over their last six contests. In 11 matchups this season, they also have 11 interceptions.

The Russell Wilson era for the Denver Broncos has been nothing short of a disaster. He’s been relatively careful with the ball, tossing up just five picks on the season. He might fancy his chances against a below-average Ravens secondary, but it surely ends in more misery.

We expect big games from these players this week, making them interesting NFL prop bets too. You’ll find props for these players, the latest NFL odds and a whole lot more at the NFL betting apps.