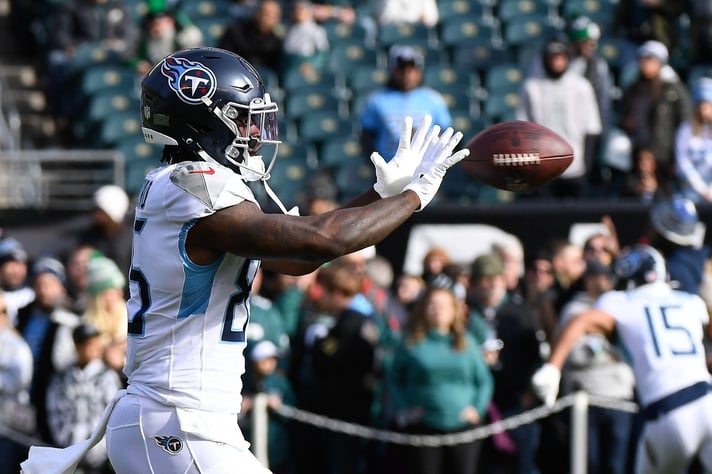 Now that the majority of fantasy leagues have reached their playoffs, the people who weren’t lucky enough to make them might want to try their hand at DFS. Week 15 in the NFL sees a full slate of games, but we will focus on the Sunday games to see which players make the cut at each position.

As ever, a good starting point is to check out the total points line at NFL betting sites and target players from those games, given the higher likelihood of scoring. Sometimes a juicy matchup is too good to ignore, though. Check out who should be in your DFS lineups this week at DraftKings and FanDuel below:

Justin Herbert is throwing the ball a lot. He’s averaging nearly 50 pass attempts per week over the last three games. He’s also getting his weapons back. With Keenan Allen, Austin Ekeler and Mike Williams all getting closer to full health, it's no surprise he has thrown for well over 300 yards in his last two games.

What is surprising is that he’s only thrown two touchdowns in that span, keeping his fantasy scores low despite his uptick in performance. Against a Titans defence ranked 31st against opposing QBs, look for Herbert’s points total to match his production.

Any outside chance of earning a wild-card spot the Cardinals had were probably ended by the torn ACL Kyler Murray suffered Monday night. However, Conner may benefit from losing his franchise QB with an expanded role in the offense.

He was targeted a season-high seven times against the Patriots, on his way to posting over 23 points for the third time in four games. With Colt McCoy under center, we should see more dump offs rather than QB scrambles, keeping Conner’s target floor high. Combine this with his usage in the red zone, and you have one of the highest ceilings for a running back on the slate.

To cash big in a DFS tournament, sometimes you need to zig when others are zagging. Garrett Wilson is undoubtedly the WR1 for the Jets. Last week, though, we saw Elijah Moore catch six of his 10 targets for 60 yards, continuing his trend of being more involved in the Jets’ passing game.

Six for 60 isn’t going to make a lot of headlines, but if Moore gets a similar number of looks against a Detroit Lions team that’s bottom three in the NFL this season against wide receivers, Moore could be a real difference-maker in your lineup.

Okonkwo was the tight end of choice last week, and he delivered. Against the Jaguars, he caught all six of his targets for 45 yards and a touchdown. He added a two-point conversion reception too, to finish as the TE3 on the week.

The last time the Chargers faced a real receiving option at tight end was in Week 11, when Travis Kelce posted a 6-115-3 line. That’s an unrealistic expectation for Okonkwo, but he should be in for a big week nonetheless. At $3,100 with DraftKings, he’s a steal.

The Raiders have been a solid fantasy DST over the last few weeks. They’ve allowed under 20 points in three of their last four games, recording 15 sacks and four turnovers in that span.

On Sunday, they host an east coast team, which historically proves tricky for the travelling team. Add to that the fact that the Patriots may be without their leading wide receiver, Jakobi Meyers, and potentially one or both of Damien Harris and Rhamondre Stevenson, and the Raiders look like an appealing option.

We expect big games from these players this week, making them interesting NFL prop bets too. You’ll find props for these players, the latest NFL odds and a whole lot more at the best NFL betting apps.