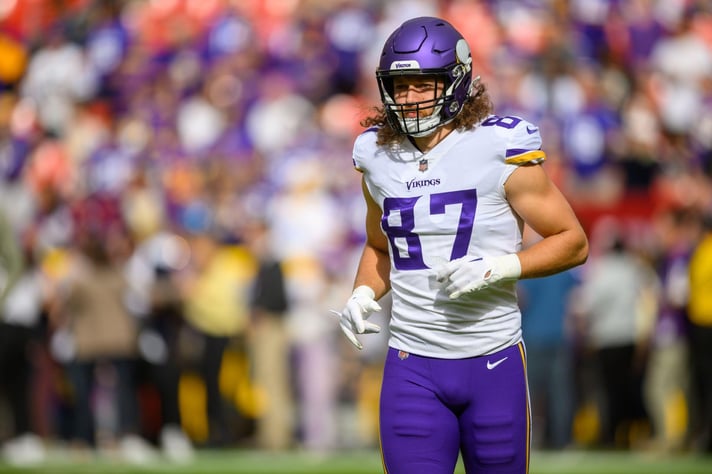 Week 17 is one of the biggest in the NFL fantasy football calendar, in most leagues it’s Championship week. So if you’re fighting for bragging rights, hopefully you have one or more of the players below to choose from on your roster. For the rest of us, there is always DFS. We are back to a full Sunday slate this week, following two weeks of Saturday games, giving us plenty of options for our NFL starting lineups.

Check out who we think should be in your Week 17 DFS lineups at DraftKings and Fanduel below:

Following five wins in their last seven games, the Jacksonville Jaguars have put themselves in pole position to win the AFC South. A large part of this turnaround has been the improved play of Lawrence in the second half of the season. In that seven-game stretch, he has thrown 14 touchdowns and only one interception.

In his second season, Lawrence is starting to look like the sure thing he was meant to be coming out of college. Putting up an average of 25.6 DraftKings points in the last six weeks, it could pay to ride the waves Jacksonville are making across the league.

Barkley had been dealing with a neck injury, which may have accounted for some of his down weeks recently. Now he looks like he’s back to full fitness. He’s been heavily involved in both the running and passing games in the last two weeks. Resulting in over 100 yards from scrimmage and a touchdown in both outings.

Late in the season it always pays to pick players on teams with something to play for. The New York Giants are chasing a wild card spot, the Colts are chasing a higher pick in next year's draft. Take the running back against a team who know the value of being able to draft a franchise QB.

Allen struggled with injury in the first half of the season, but since his return in Week 11, he’s looked better with each passing week, reestablishing himself as the #1 receiver for the LA Chargers.

Allen has seen 14 targets in three out of the last four games, but we are yet to see a huge DFS score to match that volume. He’s not just seeing targets, he’s seeing high-value ones. Keenan Allen has been the primary redzone option for the Chargers in recent weeks, so against a Rams defense which is dealing with a host of injuries, we could finally see that big game from him.

We could simply copy and paste our tight end advice from last week as we are sticking with Hockenson, and mostly for the same reasons. He was targeted a massive 16 times last week as another defense put their main focus on stopping Justin Jefferson.

Over the last eight weeks, no tight end has caught more passes than Hockenson’s 52. Only Travis Kelce with 50 is even close. Third best is Evan Engram with 36, which shows just how far ahead of everyone else the top two are.

Hockenson may be the third most expensive TE on the slate, but at $2,600 less than Kelce’s price this week he could be the best value at any position.

The Chiefs’ DST benefits from facing one of the worst offences in the NFL this week; the Broncos have scored more than 16 points only three times this season. One of these occasions may have been against the Chiefs, but a noisy Arrowhead is going to be a different proposition for a stuttering offense compared to playing them at home.

We know the Chiefs put up points, so the Broncos are going to be forced into throwing the ball to keep up. Something which they don’t do very well. Russell Wilson threw three interceptions last week, and would probably be facing losing the starting job if his backup hadn’t thrown another in replacement. The Chiefs’ defense recorded six sacks, two interceptions, and a touchdown in the previous meeting this season, we could see a repeat this week.