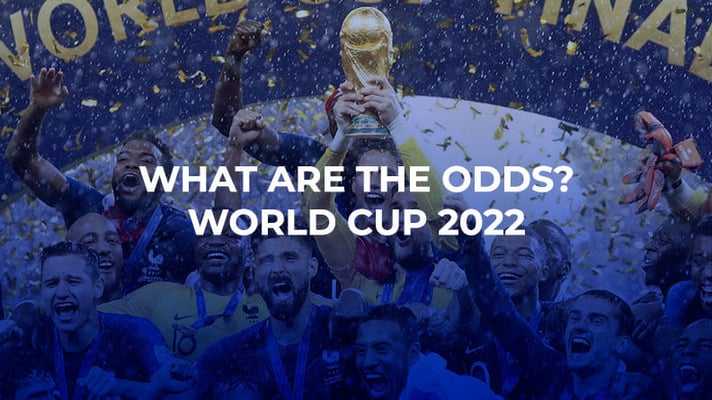 As we move ever closer to the 2022 FIFA World Cup in Qatar, fans all around the world are beginning to fill with hope for what might lie ahead this November and December. Some teams will be there to make up the numbers, others are going to grab a shock result or two, while a select few are true contenders to lift the cup.

Betting on the World Cup is massive, with odds available at soccer betting sites months or even years ahead of the tournament. Let's take a look at the odds for each country at the World Cup with some added context around how likely their chances are based on what their odds represent in other events.

Brazil 5/1 – Four more years? Joe Biden is currently second favorite to win the next US Presidential Election. At 5/1, only Donald Trump has a better chance of winning it, according to the odds at top political betting sites. Biden’s chances of getting a second term in the White House are the same as World Cup favorites Brazil.

France 6/1 – France's chances of retaining the FIFA World Cup are the same as another defending champion. South Africa are the same price to hold on to their crown at the 2023 Rugby World Cup. Both are perennial challengers, so it's easy to see why they're rated similarly.

England 13/2 – England winning the 2022 World Cup is the same price as the Buffalo Bills winning Super Bowl LVII. The two teams have a lot in common: a long time removed from their glory years and gone close a number of times more recently. Everything could be falling into place now for them to make a run at it.

Spain 8/1 – At 8/1, Spain winning the 2022 World Cup is the same price as the Tom Brady-led Tampa Bay Buccaneers winning the Super Bowl this season. Spain are always fancied to be there or thereabouts. Just like a certain Mr. Brady. 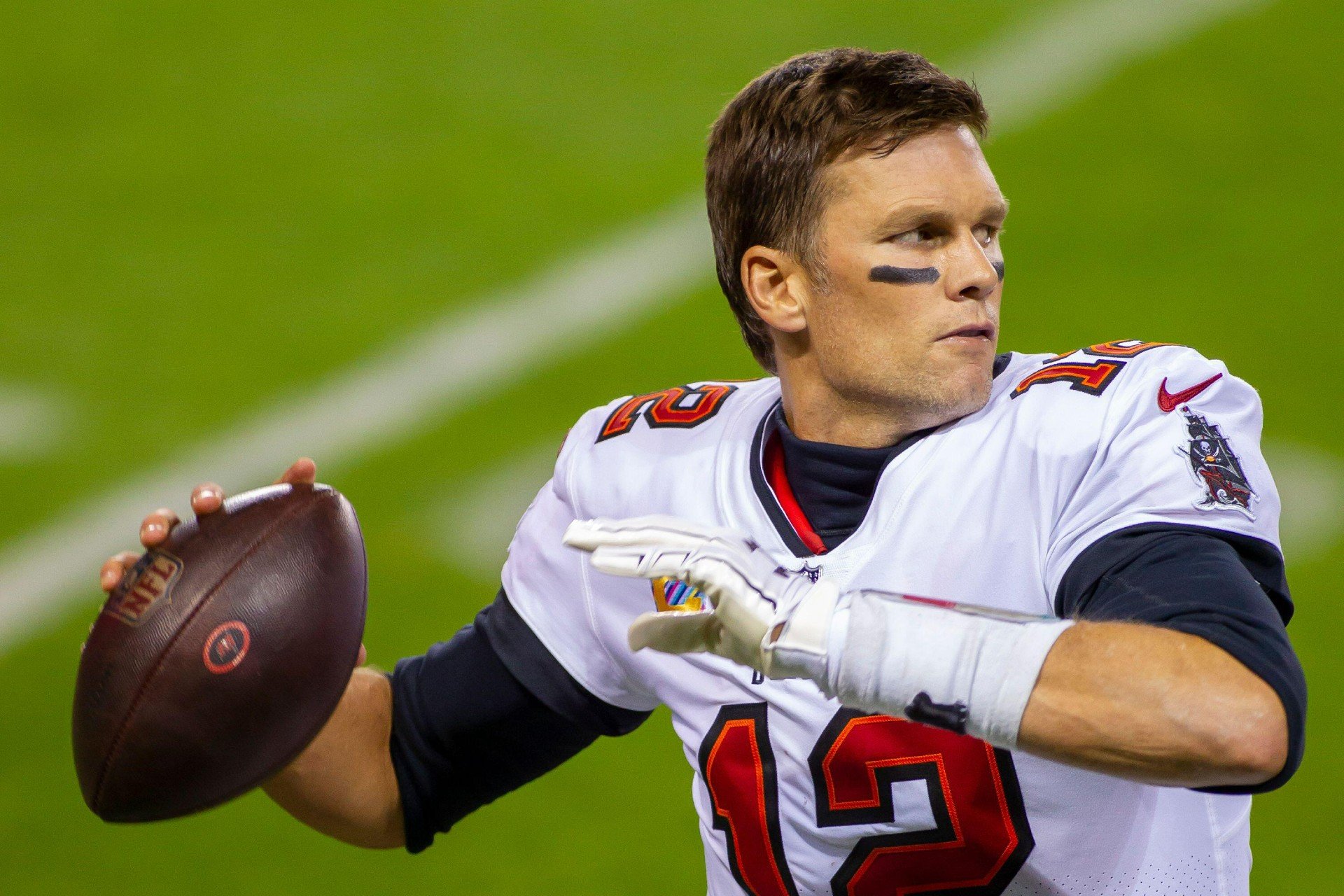 Argentina 10/1 – Matthew Stafford has always had a reputation for being a gunslinger in the NFL. His arrival at the LA Rams helped them to a Super Bowl title last year, and he's currently towards the top of the betting for most passing yards in the league next year. Just like Argentina, you know he'll be there or thereabouts.

Germany 11/1 – Germany are always among the favorites for any international soccer competition. Their odds for the 2022 World Cup are the same as Jon Rahm's for the 2023 Masters. Rahm has a much bigger field to beat, but as the current favorite, it puts Germany's chances into perspective.

Belgium 14/1 – Former US Vice President Mike Pence is 14/1 to be in the Oval Office after the 2024 US election. That's a tricky one to weigh up since he's far from a certainty to even be his party's candidate. Perhaps it'll be another case of 'close but not close enough' for Belgium.

Portugal 14/1 – Cristiano Ronaldo has played for some of the world's biggest clubs throughout his career. Manchester United, Real Madrid and Juventus to name a few. He's 14/1 to join Bayern Munich for the start of next season, which matches the likelihood of him adding a World Cup to his list of honors.

Netherlands 16/1 – Dutchman Erik ten Hag is the new Manchester United manager. Everyone knows how big a job he has in front of him. Considering the early odds for next season's Premier League, Manchester United having the same odds as Netherlands of winning the World Cup might mean it’s time ease off on the Dutch expectations in Qatar.

Denmark 33/1 – Dwayne 'The Rock' Johnson is a 33/1 shot to be the next President of the United States. Just like backing Denmark, you don't know what you're getting. It could be a true dark horse or something you don't get much of a run for your money with.

Uruguay 50/1 – The odds for Best Actor at the 2023 Oscars list Will Smith at 50/1. Considering he has received a 10-year ban for the famous incident at this year's ceremony, his chances don't look good. Nor do they for Uruguay (or for the teams below here on the list, since betting sites give the Fresh Prince a better chance than them).

Croatia 66/1 – The newly named Washington Commanders will be going into their first season in the NFL with the same chances as Croatia winning the World Cup. Croatia lost in the 2018 World Cup final, while Washington failed to make the playoffs last year.

Senegal 80/1 – The Batman movie was received to mixed reactions in 2022. If the legendary Dark Knight Rises couldn't get nominated, it's unlikely The Batman will be winning Best Picture at the 2023 Oscars. Sorry, Senegal.

Switzerland 80/1 – When we roll to Augusta for the 2023 Masters, Justin Rose is sure to be there and is sure to be his usual solid self. Unlikely to win, consistent at a certain level and an outside chance of still being in some sort of contention for a period. A nice summary for Switzerland and Rose. 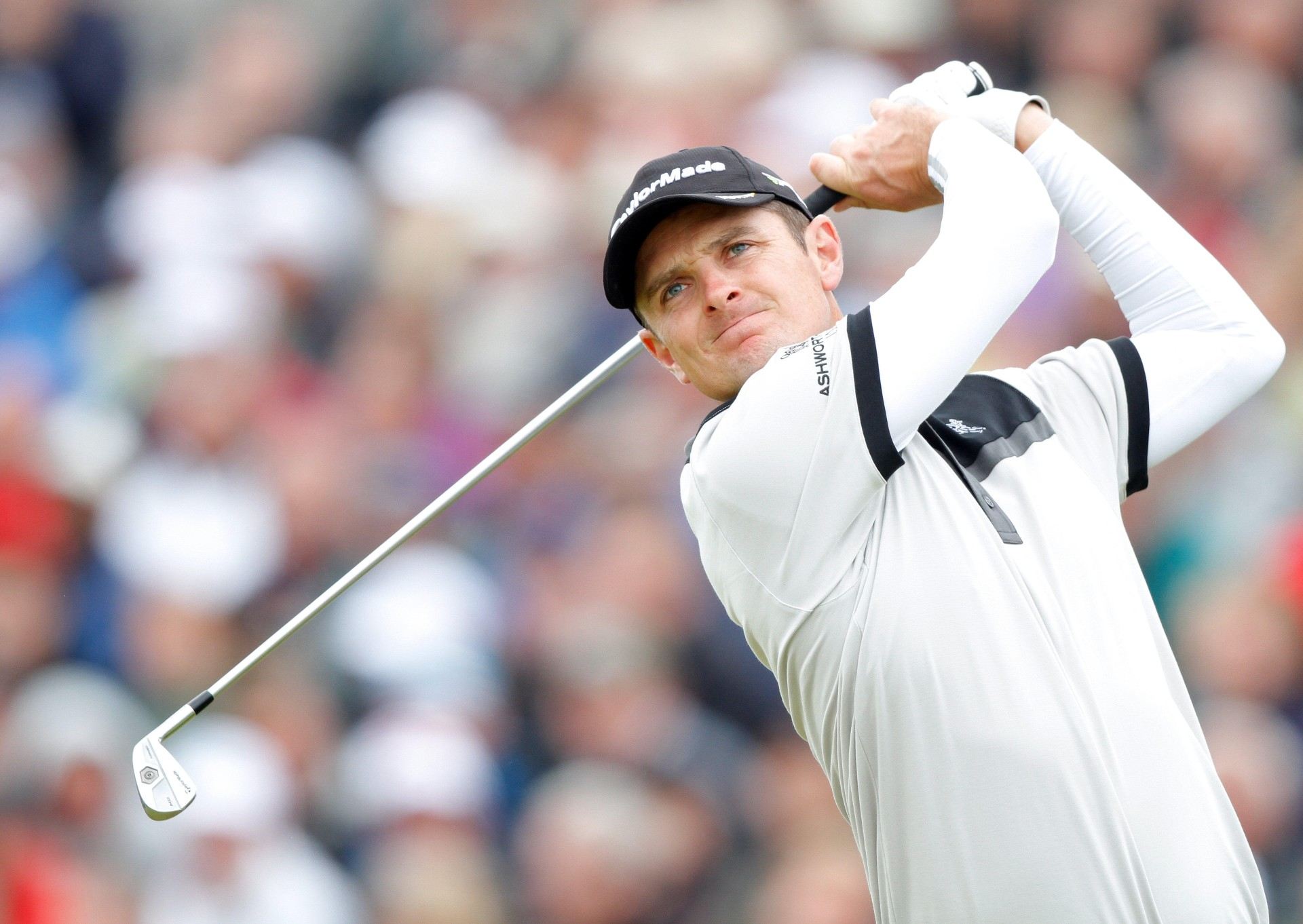 USA 100/1 – The USMNT has never really gone close in a World Cup. A quarter-final in 2002 is as far as they've gone. Ivanka Trump has been in the White House before. The daughter of former US President Donald Trump is 100/1 to win the next US Presidential Election, meaning the chances of that happening are the same as the US winning the World Cup in Qatar.

Serbia 150/1 – Serbia are widely seen as there to make up the numbers at the World Cup this year. Good enough to qualify but not really good enough to go close. Soccer betting sites rate their chances as the same as John Isner winning the 2023 Australian Open. They'll be playing but probably not at the business end.

Mexico 150/1 – The odds on there being zero corners in a Premier League game are usually in the region of 150/1. For some context, it has happened once since the Premier League began 30 years ago. That's what Mexico are working with.

Poland 150/1 – Robby Anderson finished the 2021 NFL season with a mere 53 catches for 519 yards. Just 1,428 yards behind Cooper Kupp. Think he has a chance to lead the league in receiving yards next season? It's as likely as Poland winning the World Cup.

Ecuador 150/1 – The WWE Royal Rumble takes place next January. Cesaro is around 150/1 to win it all. That is a name that might be familiar to many, but he has never been positioned consistently at the top of the card. He also left the WWE earlier this year, so if that's a steer on Ecuador's chances, it's looking quite bleak.

Canada 250/1 – Can you imagine Eminem in the White House? Marshall Mathers winning the next US Presidential Election is as much in the realm of possibility as Canada winning the FIFA World Cup this year. Could it happen? Absolutely. Is it going to? No.

Morocco 250/1 – There was once a time when saying that Morocco winning the World Cup was as likely as Seb Vettel winning the F1 Drivers’ Championship would have raised some eyebrows. The former four-time champion has finished outside the top 10 each of the last three years, however.

Cameroon 300/1 – In 2020, Kanye West received approximately 60,000 of the 160 million votes cast in the US Presidential Election. Whether or not he'll run again is anyone's guess. But his odds to win in 2024 are the same as Cameroon's to win this year's World Cup.

Ghana 300/1 – In the history of the Premier League, Arsenal have never finished worse than 12th, way back in 1995. Ghana winning the 2022 FIFA World Cup is the same odds as Arsenal being relegated next season.

Wales 300/1 – Being the same price as Robbie Williams is to win the 2023 World Snooker Championship probably tells you everything you need to know about your chances. It's pro-snooker player Robbie Williams as opposed to the former member of boyband Take That, but still.

Qatar 300/1 – The hosts of the 2022 World Cup are sure to be expecting fireworks. How likely are they to win it? According to sports betting sites, they have the same chances as Green Bay Packers quarterback Jordan Love has to be next season's regular season MVP. Sounds promising. He's Green Bay's BACKUP quarterback. Oh dear. 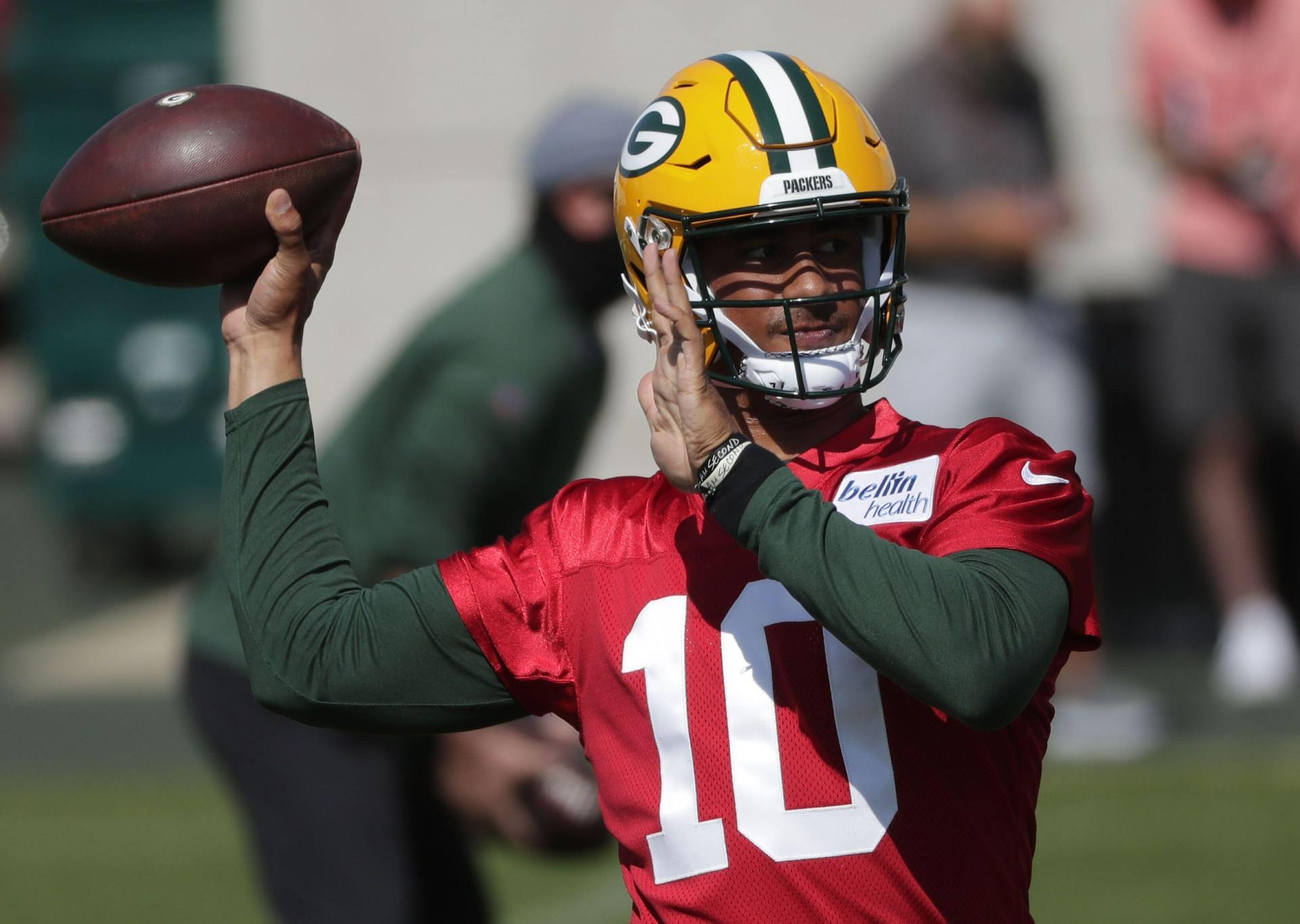 Tunisia 400/1 – The CEO of the WWE, Vince McMahon, has long been touted as a candidate for the role as POTUS. Well, he’s a similar price to win the next US Presidential Election as Tunisia are to win the World Cup. In other words, there’s no chance in hell!

Australia 500/1 – How likely is it that Angelina Jolie will be the next person to play James Bond? According to sports betting sites, the odds are the same as Australia winning the 2022 FIFA World Cup. Make of that what you will.

South Korea 500/1 – Since we're talking about James Bond, let's add some color to the prospects of South Korea winning the World Cup. They were a welcome surprise package in the 2002 World Cup, so some might look at 500/1 as big value. It's the same price as U2 lead singer Bono is to be the next actor to play James Bond. So…yeah.

Saudi Arabia 800/1 – Everyone remembers Leicester City's Premier League winning season. Who could be the next Leicester? Well, early prices for next season are available at some of the best soccer betting sites. Saudi Arabia's World Cup chances are the same as Leeds United winning the Premier League.

So, there you have it. Some additional color that might help you find the real value in the 2022 World Cup at soccer betting apps and decide whether or not your team can actually win it.

When weighing up the teams at the 2022 World Cup to try find the winner, comparing two teams like Portugal and Denmark might be a tough task, but is it more likely we see Cristiano Ronaldo play for Bayern Munich or that Will Smith wins Best Actor at an awards ceremony he's banned from? Maybe that's the added context you need.

Adam Kenny
@AKennyGCC
10 Articles
Adam has worked in online betting for pretty much his entire adult life. Having spent over a decade working for some of the biggest online bookmakers in their operations and content teams, Adam is now Content Manager at Bookmakers.com. NFL and fantasy NFL are Adam's main focus, but there's always room for some golf, horse racing and soccer, particularly soccer card markets.
Read Articles

Commercial content notice: Taking up one of these offers may result in a payment to bookmakers.com. Over 21s only please gamble responsibly. Offers updated 02nd July.