What Sports to Watch This Thanksgiving 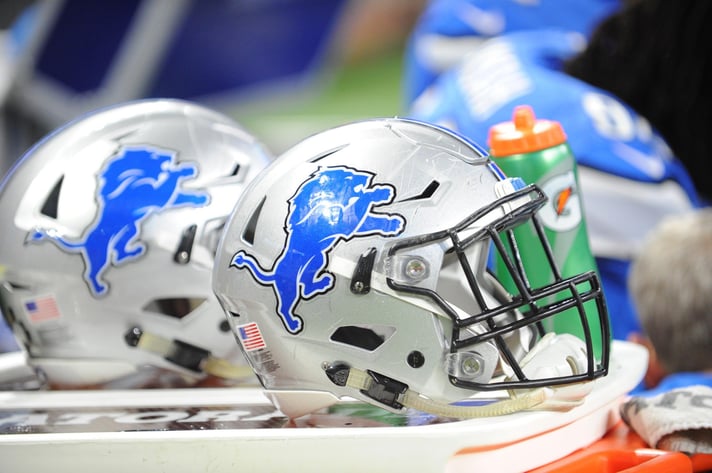 As you get ready for Turkey Day with your families, it’s time to be thankful for all of the sporting action that will be coming your way Thursday. While the NBA hasn’t had any Thanksgiving matchups since the NFL added a prime-time tilt to its schedule in 2006, and the NHL’s Thanksgiving Showdown on Friday as opposed to Thursday, there is still plenty to whet the appetite of anyone visiting betting sites.

NFL betting has typically been the focus of every bettors’ interest on Thanksgiving, thanks to FIFA’s decision to hold a World Cup in the middle of winter, we also have four great-looking matches from Qatar to soothe all those soccer betting lovers among us.

The traditional curtain-raiser to the NFL’s Thanksgiving slate is the Detroit Lions hosting a matchup, often against a divisional rival. This time around, it is the Super Bowl-chasing Buffalo Bills who pay a visit to Ford Field – incidentally just a few days after they were forced to use the stadium as their home after snow ruined any chance of hosting the Cleveland Browns.

In recent times, this hasn’t been the happiest of matchups for the Lions. They have lost their last five Thanksgiving games, and with the high-flying Bills in town, NFL betting apps are offering long odds on a Lions win. At +375 on a Lions win, there may be a greater chance of winning a wager on the 54.5 over/under line.

Just in time for the turkey to be carved with the family, the second traditional NFL Thanksgiving matchup kicks off in Dallas as the Cowboys host their rivals, the New York Giants. This is one that has real implications for the NFC East. Both teams are level at 7-3 but sit two games behind the 9-1 Philadelphia Eagles.

These two teams actually faced one another earlier in the season, which the Cowboys won 23-16 at MetLife Stadium. The line at the best betting sites for this matchup has moved to -9.5 in favor of the Cowboys after they dismantled the Vikings 40-3 in Week 11, while the Giants were disappointing in a 31-18 defeat to the Lions. The Cowboys have, however, lost four of their last five Thanksgiving tilts.

Once you’ve put that last morsel of food in your mouth you know you didn’t need, the NFL has a first for you. The Minnesota Vikings are hosting a Thanksgiving matchup for the first time ever. This is another contest laced with offseason implications. The Vikings remain completely in control of the NFC North despite their heavy defeat to the Cowboys. Their record of 8-2 is one game off the NFC No. 1 seed.

The New England Patriots’ win over the New York Jets on Sunday has lifted them to 6-4 and within a game of the lead in the AFC East. The Vikings are tight 2.5-point favorites with the best betting apps.

For those early risers among us, the 2022 World Cup has you covered with the first match from Group G between Switzerland and Cameroon, and there could be some value to be had with World Cup betting sites in this one.

Cameroon made it to the semi-finals of the Africa Cup of Nations earlier this year only to lose to Egypt on penalties. Switzerland, however, lost three of their six Nations League games this summer so could be there for the taking. A price of +105 on Cameroon +1 could be very appealing on soccer betting apps.

While you’re tucking into your breakfast ahead of a Thanksgiving feast, Uruguay and South Korea will be making their first appearances in the tournament. Uruguay are among the dark horses to win the World Cup and will be looking to get off to a strong start.

A price of -143 on a Uruguay win shows they are the clear favorites and will likely be a strong World Cup picks favorite in their opener.

Much of the build-up to Portugal’s World Cup campaign has been overshadowed by the fallout from Cristiano Ronaldo’s infamous interview and his subsequent leaving Manchester United by mutual consent. But now the matches start for the Portugal captain, and he is the sixth favorite to be the World Cup top goalscorer at +1600 with soccer betting sites.

Despite having to go through a playoff to qualify for the World Cup, Portugal are huge favorites for this match. Therefore, there could be some good value to be had in the handicap lines. For instance, Ghana +1 is available at +175.

The fourth and final World Cup game of the slate may have to be watched with two screens on at the same time as it coincides with the Bills at the Lions. Brazil are the favorites to win the World Cup but will face a tough team in Serbia first up.

Given the results in the early stages of the tournament, they may even be happy to get away from their opening match with a draw. The value could be there at +333 on betting apps.

So, there you have it. All you need to do this Thanksgiving now is sit back, relax with all this sporting action and watch your winning wagers come in.