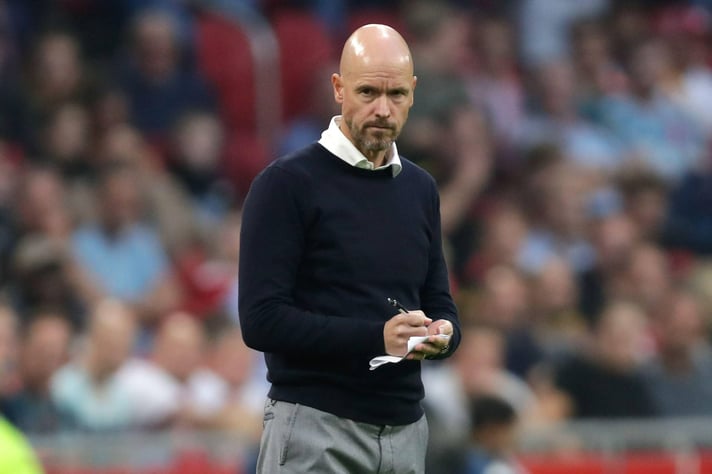 As the pre-season tour began for Manchester United with an emphatic 4-0 win against rivals Liverpool, Erik ten Hag will be feeling pleased with how his players took instruction and performed in the Rajamangala Stadium, Bangkok.

While he might have only had two weeks of contact time with the players on the pitch to impose his methods, decisions behind the scenes have been happening over the course of the past two-and-a-half months. Few of the leading betting sites will have the Red Devils as favorites to win the Premier League next season, but the Dutchman will hope to improve the club's sixth place finish.

Here are three areas where ten Hag needs to excel in alongside senior management for Manchester United to rekindle their competitiveness moving forward.

Fans desperately want to see an overhaul the current Manchester United squad and believe it must happen sooner rather than later. Certain senior players have left after their contract expired, while others are on the chopping block if a suitable offer arrives for their services.

Where ten Hag is focusing on, is bringing in several players that can help get others up to speed on his methods and has a history of his style of play.

Tyrell Malacia, bought from Feyenoord for £12 million, was the Dutchman’s first signing of this new Manchester United era. The left back, who possesses great qualities in both defence and attack, will look to usurp Luke Shaw in the pecking order and claim his position in Premier League starting lineups from the off.

The new manager has made it abundantly clear that he wants four primary targets
this summer - free agent Christian Eriksen, who is on the verge of signing a three-year deal with the club, Frenkie de Jong of Barcelona, as well as Antony and Lisandro Martinez from former club AFC Ajax.

The last three are providing headaches for the Red Devils, even if all three have, in principle, agreed to join the club should a deal be agreed between the two teams.

Central midfielder de Jong’s deal has been the slowest of all, with the Dutch international awaiting confirmation that Barcelona will pay his deferred wages, which totals around £15 million.

There is still confidence that a transfer will be completed, but Manchester United are taking it day-by-day and have other reinforcements in the background should it not come to fruition.

United have not won a trophy in the last five seasons and their supporters will hope ten Hag can end that drought, and they will be well-priced to win one of the domestic trophies next season. So if you have a free bet to use, maybe that is worth considering.

Antony, right winger, and Martinez, central defence, are two internationals that ten Hag have identified from his former club that he would like to poach. Even though the Red Devils brought in Jadon Sancho last summer to occupy the right touchline, the English winger appears to be more in favour of playing off the left.

Brazilian Antony can also be used as a multi-functional forward, filling in as a number nine if needed to. With the uncertainty over Cristiano Ronaldo’s future, it is no surprise that the club and ten Hag will be looking to bring in forwards.

Another player who can feature in a variety of different positions is Argentinean international Martinez. The current Ajax player would predominantly be used as a left-sided centre half, providing much needed competition for Harry Maguire, but can also slot in as a number six, in front of the central defence where Manchester United desperately need quality.

Ajax are currently holding out for £50 million for Martinez and £65 million for Antony, which Man United are currently baulking at. It might take some sweet talking to former goalkeeper Edwin van der Saar – who is now chief executive at Ajax - to find a solution.

As much as it is about bringing new faces into the building, it is also about making sure the way is paved for those signings.

So far, six senior first team players have left Old Trafford: Paul Pogba, Andreas Pereira, Edinson Cavani, Juan Mata, Jesse Lingard and Nemanja Matic. Pogba, Matic and Pereira have found pastures new, with the former two arriving in Italy to Juventus and AS Roma, while the Brazilian has ventured down south to Fulham.

Fans do not expect ten Hag to be able to complete this revamping of the squad with new faces and ideas in one summer; but do want to see important strides being made coming into the 22/23 campaign.

It is essential that Manchester United begin to clear out the players that have been there for a long time and not added much value in recent years. Even if it is only on loan, ten Hag must have players around him that he wants to move forward with.

The best soccer betting sites will have plenty of Manchester United betting markets to bet on throughout the duration of the season.

The Dutch head coach must be given the autonomy to make wholesale changes at the football club indefinitely.

At too many times, since Sir Alex Ferguson retired, has senior boardroom management intervened and vetoed a specific request from a manager to the detriment of the team.

Whether it is regarding a new first team signing or a request to move a player on because they are causing a disruption to development, ten Hag simply must be backed on and off the field to give Man United the best possible chance moving forward.

With the resignation of former executive director Ed Woodward, the Red Devils feel more aligned and synergised with their approach of football matters. John Murtough, the director of football, is fronting the brokering of incomings and outgoings under the direction of the Dutchman and will be there to support the manager’s wishes.

Fans want to the see the tide and turn at Old Trafford. And with a highly-respected manager at the helm, who is fresh and full of ideas, there is no better time for the fans to get behind ten Hag and give him the platform to excel. And who knows, their odds to win the Premier League might just shorten with the best soccer betting apps.

Liam Canning
@LiamPaulCanning
2 Articles
Liam Canning is a sports journalist who is always on the look out for the major stories. His main focus is European football, but he also covers tennis, rugby and other sports.
Read Articles