Which Sport is Toughest for Bookmakers to Predict? 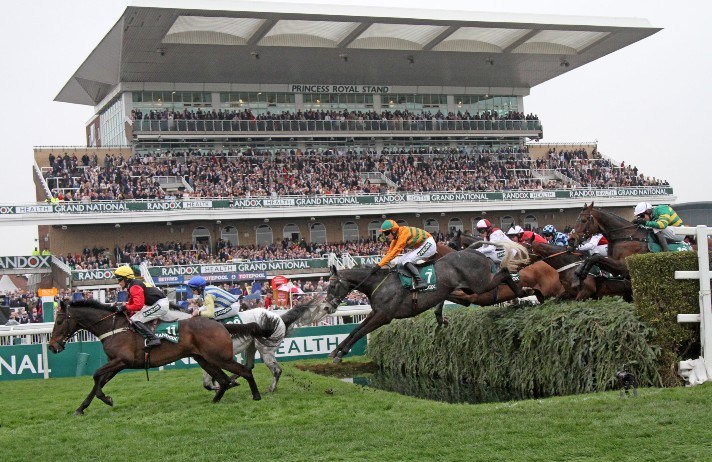 As punters, we’re always looking to find some kind of edge over the bookmakers on a regular basis. We know that the leading sportsbooks employ big trading teams who analyse the data of previous events so that they can price up future markets. However, is there an Achilles heel as far as certain sports are concerned? If yes, how can this be exploited.

In this article, we look at some of the major sports offered by the best sports betting sites and consider which one is the toughest for an operator to predict.

Soccer betting is an interesting one. We’ve often maintained that the English Premier League doesn’t offer a great deal of value. This is a competition where there’s an enormous amount of data for the bookies to price up various markets, while the same applies to the Champions League, La Liga, Serie A and the Bundesliga.

However, there is the opportunity to delve into the English lower leagues and find a few chinks in the armour. Matches in League One and League Two aren’t subject to the same betting turnover levels and it’s often the case that the online bookmakers are able to give customers a helping hand, especially if punters access team news first.

For decades, the bookmakers have been offering customers horse racing betting. The bookies live in fear of favourites winning and also the late gamble on a runner after stable rumours emerge that it’s got a better chance than the odds suggest.

We’d say that Horse Racing betting has to figure quite high in the “hard to predict” stakes and that explains why you see sudden price movements leading up to a race. It’s even sharper when it comes to greyhound racing where the bookies are at the mercy of late money.

The NFL betting is notoriously difficult to predict because teams are made up of 53 players and three different units - offence, defense and special teams. Teams might have a great offense, but a poor defense or vice-versa but it only takes one play to change the complex of a game. Injuries to star players in key positions can derail teams, while a misreading of a route by a wide receiver, a poor decision made by a quarterback or an interception or a fumble recovery can hand momentum over to the other team.

Betting against the spread is one of the more popular forms of wagering on the NFL and can be tricky to predict. The NFL is a brutal sport and injuries occur on a regular basis so when a team leads by 20 points with five minutes to play, players will not risk injury by tackling an opposition player from finding the endzone.

That's why so many points are scored in garbage time when the outcome has long been decided, but a bet against the spread can be won or lost in the closing stages of a game when the losing team has no options but to throw caution to the wind. Weather conditions can often affect games which can shave a few points off the total and can turn a winning bet into a losing one.

The bad news for a bookmaker is that it’s super hard to predict the winner of ANY golf tournament. The good news is that customers have exactly the same difficulty when it comes to choosing a player to spring out of the pack. Indeed, this is a sport where the bookies are fairly comfortable with offering big odds about any player as there are so many variables to take into account.

We would say that Tennis betting is one of the for the bookies to predict. After all, the players are frequently in action, so there is a swathe of available data pertaining to each competitor. There are also head to head stats along with information about each player when it comes to the surface they’re playing on.

When it comes to Test Match Cricket betting, there are only three options when it comes to the main market and the difficulty for bookmakers is often to assess whether the weather conditions could bring the draw into play.

Indeed, it’s often the case that traders are accessing meteorology websites during a cricket match to see how much play is likely to be lost.

The situation doesn’t apply when it comes to One Day Internationals, Twenty20 or IPL betting where the matches are settled one way or another. If we’re talking about day-night matches, then there’s an obvious advantage for the team batting when there’s daylight and the traders often have this nailed.

We have previously worked on a trading floor and see the head rugby trader make phone calls to “people on the ground” ahead of a match to assess the weather conditions and the state of the pitch. The bookmakers also collect lots of data during domestic rugby seasons and they are clearly keen to try and get their handicap lines as close to the mark as possible.

However, it’s worth noting that the line is very rarely on point and there can often be big discrepancies. With this in mind, it makes rugby a harder sport to predict than some of its counterparts.

Darts is an increasingly popular sport from a betting angle. Rather than betting on teams to win, you are betting on individuals and that certainly adds to the unpredictability. Naturally, bookmaker trading teams look towards the players who are enjoying the best form although darts matches are often “on the day” in the major tournaments.

Like darts, this is another individual performance sport and it means that the form book doesn’t always apply. Snooker players can have bad days at the office and the bookies will tend to favour the higher-ranked operators in matches irrespective of their most recent form. When there’s a big field of players in a competition, it’s clearly a tough job for bookies and punters to single out a winner.

The bookies used to offer these type of novelty markets as a bit of fun, although there are now millions of pounds that are turned over on the likes of X Factor, Strictly Come Dancing, Dancing on Ice, I’m a Celebrity and Eurovision Song Contest. We know for a fact that the bookmakers find these horrible events to price up and they can often trade at a loss.

Traders are fully aware that inside information can be passed around for these events and they have to monitor online polls and assess the landscape on a frequent basis. The markets are always volatile and there’s certainly an edge to be found although bear in mind that the bookmakers will take a dim view of winning accounts here.