Which US Cities are Most Successful When it Comes to Sports? 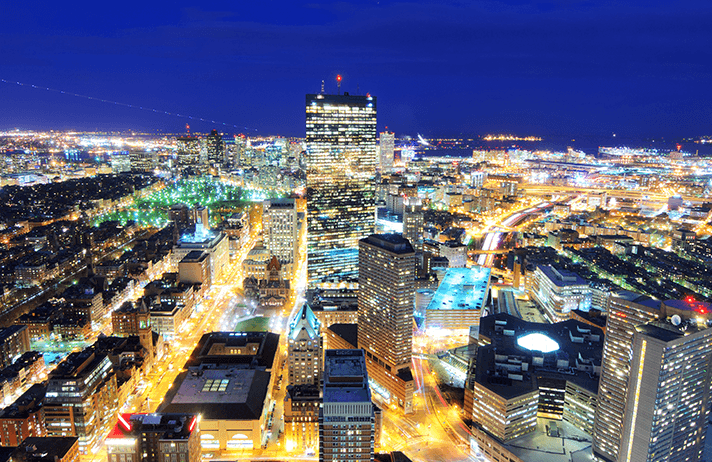 There was a time when New York ruled the sports world. Since the beginning of the four major sports in the United States, New York leads the way with a total of 56 championships. Second on that list is Boston, the city every New Yorker loves to hate.

The two east coast cities are the only cities to have 30 or more titles in professional american football, baseball, basketball and ice hockey.

Residents of Bean Town can rest assured that they won’t be usurped at the top of the list by New York teams, although they might have to share top spot if teams in Los Angeles can win a title in the coming months.

New York’s Reign Is Over

New York prides itself in doing things better than anyone else, so it’s no surprise to see them top of the all-time list of champions in America’s four most popular sports. To be fair, they should dominate this list as they have two NFL teams, two baseball clubs, two NBA teams and two teams battling it out to win hockey’s Stanley Cup.

Of the 56 titles won by New York teams, 35 have come in baseball. The Yankees, who often have the largest payroll, have won the World Series 27 times while the Mets have contributed two, but the last of those came in 1986.

In football, the city has held nine ticker-tape parades to celebrate their championship winning teams while their ice hockey teams have been kings of the ice eight times. Basketball has let the city down in terms of titles with just four championships.

As analytics plays more of a role in sport, teams have managed to close the gap on their opponents from New York and left them standing. The last time New York celebrated a championship was when the Giants won the Super Bowl in 2012, three years after the Yankees won their last World Series.

The last time the Stanley Cup made Manhattan it’s home was in 1994 when the Rangers beat the Vancouver Canucks 4-3. Basketball fans in the city have been waiting 48 years for a basketball title to celebrate.

Los Angeles has moved to within one place of Toronto in the all-time list after the Rams won their second Vince Lombardi trophy by beating the Bengals 23-20. 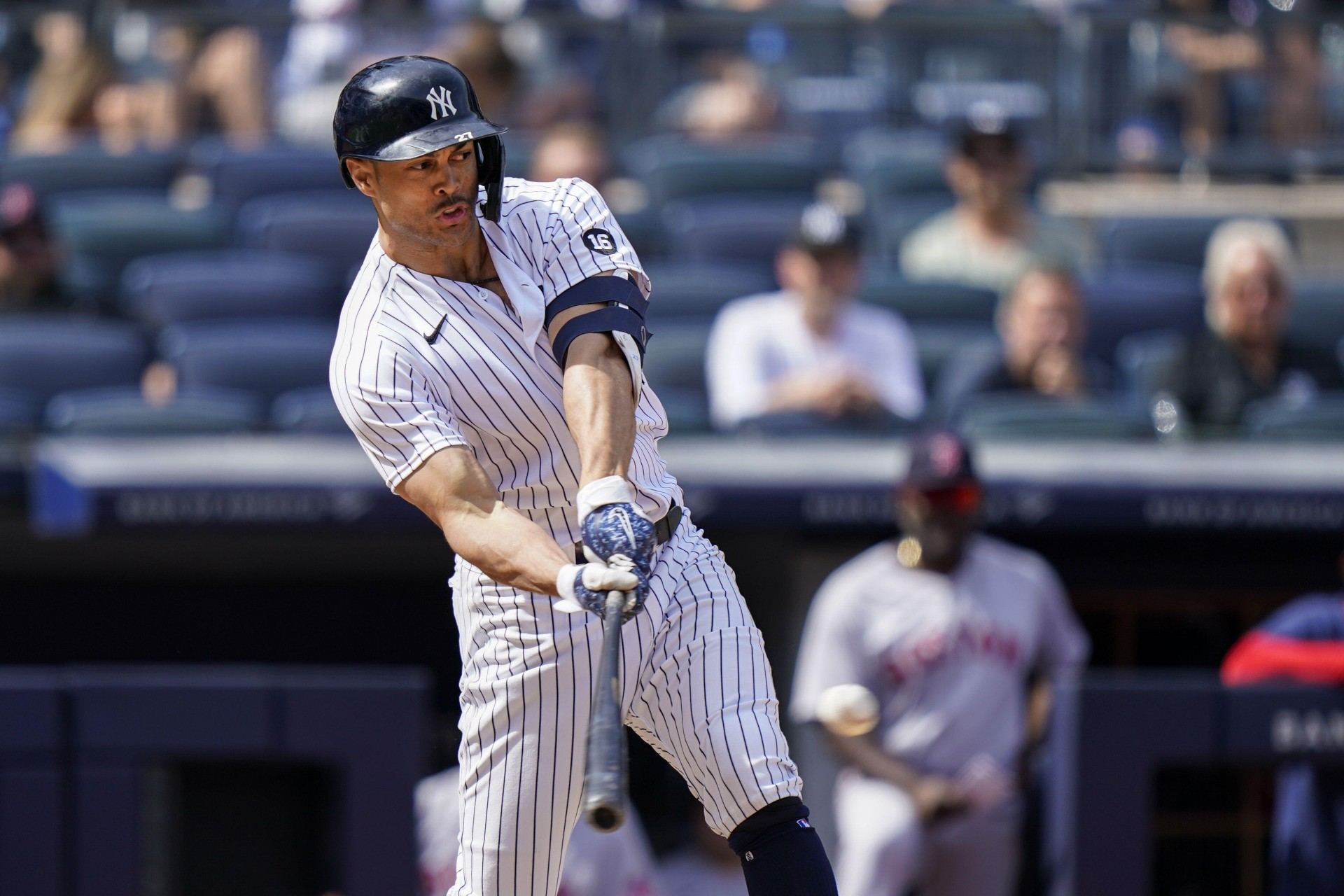 Will 2022 be the season that New York ends its drought?

The Yankees will look to strengthen their roster in the off-season in order to challenge for the World Series once again. The Mets will be hoping to make the play-offs for the first time in six seasons.

Basketball fans are seeing their teams move in the right direction with both the Knicks and the Nets reaching the play-offs last season. As for football, the Giants and Jets are in a rebuilding period so it looks like it will be a while before they are making an appearance in the Super Bowl.

In ice hockey, the Islanders pipped the Rangers for one of the four play-off places in the East division but there is still plenty of work to be done for these two sides to rise to the top of the sport again.

Leading online bookmakers are not rushing to put any New York team top of their markets to win a championship, just yet. But if they can get their recruitment right, then the city might just return to the top.

Since the start of the century, New York teams have fallen from top spot to joint seventh and that will be celebrated by their arch rivals in Boston. And to make things even sweeter for residents in Bean Town, Boston led the way in titles won since the turn of the century.

It’s the only city to have won championships in the NFL, NBA, NHL and MLB since 2000 as the Patriots, Celtics, Red Sox and Bruins have all been crowned champions for a combined 12 times.

The Patriots are of course called the New England Patriots, but their base in Foxborough is just 30 miles outside Boston, where their franchise began in 1960. The partnership of head coach Bill Belichick and star quarterback Tom Brady brought the Vince Lombardi Trophy back to Boston six times to remain the last team to win back-to-back titles when doing so in 2004.

The Red Sox believe their franchise was cursed after trading Babe Ruth to the Yankees for $125,000 in 1920. It took them 86 years to end the ‘Curse of the Bambino’ when the Red Sox famously came from 3-0 down to beat the Yankees in the American League Championship Series that enabled them to contest the World Series.

With momentum on their side, Boston swept the Cardinals 4-0 in what turned out to be the first of four titles this century. The Celtics and Bruins share the same TD Garden venue and they have each won titles. The Celtics were NBA champions in 2008 while the Bruins were Stanley Cup winners three years later.

Los Angeles will hope the Rams' success can inspire other LA teams to return to greatness. In 2020, when sport was decimated by Covid-19, Los Angeles claimed two of the four titles on offer. The Lakers, led by LeBron James won the NBA Finals by beating the Miami Heat 4-2.

Across the city, the Dodgers took care of business beating the Tampa Bay Rays by the same score. It was the second time the Lakers and Dodgers were crowned champions in the same year having done so in 1988.

The Dodgers’ roster is built to win more championships in the coming years with Max Scherzer, Trevor Bauer and Mookie Betts bringing a wealth of experience to the roster. Manager Dave Roberts will be hoping for more titles while this squad is still together.

Before the NFL season, the Rams were one of the favourites to win the Vince Lombardi trophy. Super Bowl LVI will be played at the Rams’ home SoFi stadium and they are looking to do what the Buccaneers did last season by winning the championship on home soil.

The Rams share the stadium with the Chargers who are also building a roster good enough to win the Super Bowl with young quarterback Justin Herbert making the role look easy in his time under center.

Don't Rule Out The Lakers

As long as LeBron James is with the Lakers, they will be in contention to win another NBA title. Time is running out on the 36-year-old to win a fifth championship so the franchise will do all they can to make him a winner once again.

And in ice hockey, the Kings and the Anaheim Ducks are putting pieces in place to end a run of three successive losing seasons. There is a big jump from Los Angeles to San Francisco in third place with six championships.

The Golden State Warriors are based in San Francisco and their three NBA titles provide half of the city’s success since 2000 with the Giants winning three World Series to make up the total.

Tampa Bay has five titles this century, but none between 2004 and 2020 when the Lightning won the Stanley Cup. Tom Brady’s arrival in Florida helped the Buccaneers win their second Super Bowl this year when their celebrations on the Hillsborough River saw Brady toss the Vince Lombardi trophy from his boat to another. Brady and the rest of Tampa Bay will hope to see more celebrations like that.

As we wait to see what happens in the years to come, Bostonians can enjoy their time at the top of this century’s champions. How long they stay top of the pile remains to be seen and you can be sure as the United States continues to expand it's legal gambling laws that Americans will be betting on it with the best sports betting sites.