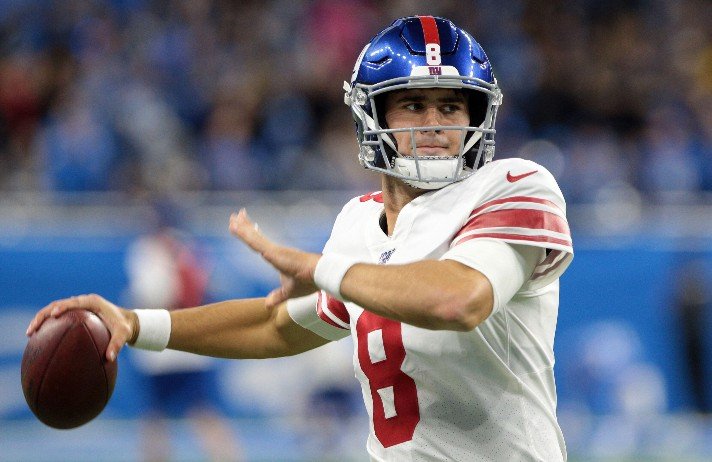 With six games spread across three days during NFL Wild Card Weekend, DFS sites will have a big mix of tournaments available. Some will be for the two Saturday games, others for the three on Sunday, and a few will include all six games from this week’s slate. It’s worth noting that player values will vary depending on the site you play at and the tournament you join.

So let’s get to it! Check out who we think you should start in your final DFS lineups before the postseason starts at DraftKings and Fanduel below:

As we enter the playoffs good matchups become harder to find when picking players as we lose the weaker teams, but New York Giants quarterback Daniel Jones has managed to find himself with one here against a very leaky Vikings defense. The Vikings have given up at least 30 points 6 times in their last 9 games, conceding 40 or more on 2 of those occasions.

Looking through the slate. There aren’t many true dual threat quarterbacks on the list, and there isn’t one priced as well as Jones. He could run and pass all over the Minnesota Vikings defense this week, and certainly has a chance to be the week's top scoring QB at a rock bottom price.

This season’s number one fantasy PPR running back, Ekeler has established himself as one of the league’s best at the position. There are plenty of tight looking games this weekend, and the Los Angeles Chargers at the Jacksonville Jaguars is one of the hardest to call. Ekeler is expensive, but the fact that he’s gamescript proof makes him well worth it.

His 13 rushing touchdowns on the year was bettered only by Jamaal Williams. If the Chargers find themselves in a hole, like they did in week three against the Jaguars, then Ekeler might record his sixth game of the season with double digit targets. In DFS’s PPR formats, Ekeler is a strong play in a tough-looking week for RBs.

Hodgins slowly emerged for the New York Giants as the season progressed, finishing with four touchdowns in the last five games of the regular season.

His best game came against the Vikings, catching eight of 12 targets for 89 yards and a score. This is the game with the highest total points line of Wild Card Weekend, and the Vikings ranked 31st against fantasy wide receivers this season. Hodgins isn’t a big name, but he’s a budget option in DFS this week who could put up big numbers.

Kittle finished the fantasy season on fire, largely thanks to the surprising emergence of rookie quarterback Brock Purdy. The last four games of the regular season saw Kittle go for a combined 265 yards and seven touchdowns.

On the slate for him this week is the Seattle Seahawks. The same Seattle Seahawks who were dead last this season against opposing tight ends in fantasy. No matter the game script in this one, Kittle should be a big factor. If the Seahawks can keep it close and the 49ers air it out more, he could be in line for a monster game

In tournaments with fewer teams to pick from, finding that DST with the potential to have a high score becomes more important. You can rely on the Buffalo Bills offense to put up points, which should force the Miami Dolphins to throw the ball more than they probably want to.

Combine this with the chance the Bills DST could be facing a third string QB if Teddy Bridgewater doesn’t win his fitness race, and you have the opportunity for the defense to rack up those all important sacks and interceptions.