Will More Americans Follow Christian Pulisic To The Premier League? 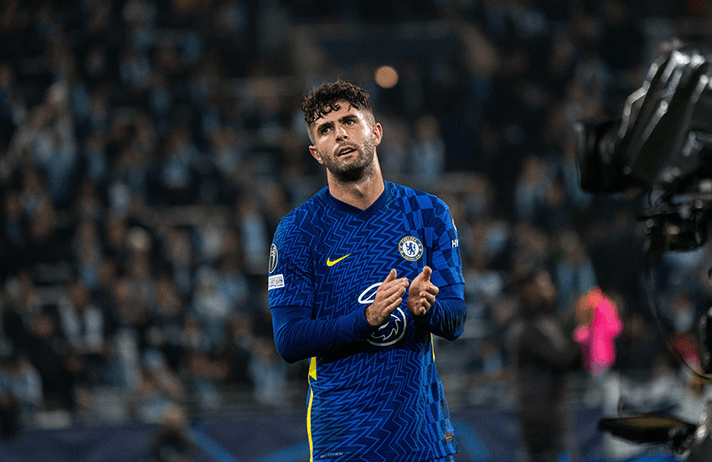 The Premier League celebrates its 30th birthday next year and over the three decades the league has witnessed some of the best players from the four corners of the world plying their trade in the English top flight. However, American stars have been underrepresented since the league’s inaugural campaign in 1992.

There have been a number of American stars earning their stripes in England's top flight. Goalkeeper Brad Friedel holds the record for the most appearances for an American in the Premier League with 450 during spells at Blackburn, Liverpool, Aston Villa and Tottenham. And he is one of six goalkeepers to have scored in the Premier League.

Friedel is 56 goals behind Clint Dempsey who has long been regarded as the best US player to play in the Premier League. Dempsey, who served Fulham and Tottenham with distinction from 2007 to 2013, holds the records for goals scored (57) and assists (19) for an American. Dempsey was also the first US player to score a Premier League hat-trick when scoring three times for Fulham in their 5-2 win over Newcastle in January 2012.

The only other American to take home the match ball following a Premier League hat-trick is Christian Pulisic who did so in a 4-2 win for Chelsea at Burnley in 2019. Pulisic has raised the standard for all American players wanting to play in the most watched league in the world and is working hard to take the title of the best American player in the premier League from Dempsey.

However, injuries have plagued Pulisic during his time at Stamford Bridge which has raised questions about his future in west London. But when fit and healthy, there is no doubting his ability to perform on the biggest stage.

Pulisic Has Raised The Standard For Fellow Yanks

Pulisic became the first American to score in an FA Cup final when he gave Chelsea the lead in the 2020 FA Cup final which they lost 2-1 after ‘Captain America’ limped off in the second half.

His goal in the Champions League semi-final against Real Madrid helped the Blues book their place in the final which they won by beating Manchester City. Pulisic came off the bench to play the final 24 minutes at the Estadio do Dragao, Portugal in May 2021.

With audiences growing year by year in the States, Pulisic has proved that there is a pathway to the Premier League for young Yanks aiming big. Pulisic made his name in Germany starring for Borussia Dortmund before Maurizio Sarri signed him for Chelsea in the January transfer window in 2019.

Pulisic is not the only American who has played in the Premier League in recent times. Manchester City goalkeeper Zach Steffen has deputised for Ederson in numerous cup games for Pep Guardiola since joining City from Columbus Crew in the summer of 2019. And forward Josh Sargent swapped Werder Bremen for Norwich the 2021/22 season.

Americans Continue to Make it to the Premier League Via Germany

There is a common theme with those three Americans. They have all played in Germany before making their way to England. Bundesliga teams have always taken a chance on Americans, knowing it can be beneficial for both parties. The players will want to impress future suitors which means the team will get the best of them.

The Bundesliga is home to some of the next American stars who might just fancy a move to the lucrative Premier League. Top of this list is Gio Reyna who is making positive headlines for Borussia Dortmund. The winger has been a regular in the Dortmund side setting up chances for scoring sensation Erling Harland.

Reyna might stick it out for a season or two more in Germany hoping to help Dortmund replace Bayern Munich as the top team in Germany. But a move to the Premier League might be in his future in the not too distant future.

Joe Scally is another rising star who has a bright future ahead of him. The defender joined Borussia Munchengladbach from New York City in January 2021 and his performances suggest he could and should be playing for a team bigger than his current employers. Don’t be surprised if a Premier League club offers him a chance to shine in England.

When Bayern Munich sign a player, they must have potential. Bayern made Chris Richards their player in the summer of 2018 and while things might not have worked out as well as the defender would have liked, there is no doubting his talent. Contracted with Bayern until June 2025, Richards is currently on loan at Hoffenheim where it’s hoped his experiences will help him on his return to the Bavarians.

Other Routes Are Available to Land in the Premier League

While Americans take the often used route via Germany to make it to the Premier League, there are other ways to attract interest from the top English clubs. For the first time in a long time, the five major leagues are represented by Americans.

Pulisic leads the way in the Premier League while Reyna is ripping it up in the Bundesliga. In Italy, Juventus are looking to win their Serie A title back with the help of Weston McKennie, who remains on loan at the Turin club from German side Schalke.

McKennie is highly regarded by the Italian giants who might be willing to make McKennie a permanent signing. His experience in Italy could also open the door for a Premier League club to sign him.

In Spain, Barcelona are going through a transition period following the departure of Lionel Messi to Paris St-Germain in the summer of 2021. The club hope to steady the ship and remain competitive with the players they have in their squad. Sergino Dest is one of those players tasked with bringing the glory days back to the Nou Camp.

Dest is one of the best attacking full-backs in Europe and his performances might well alert Premier League teams to lure him away from the unstable surroundings in Barcelona who might have no option but to cash in on their rising stars in the coming months.

Tim Weah is another American with his future ahead of him. Son of 1995 Ballon d’Or winner George Weah, the forward is trying hard to follow in his father’s footsteps. Currently playing in Ligue 1, the forward helped Lille win the French title in 2021 for the first time in a decade.

Weah has experience of playing in the UK when he lined up for Celtic during a loan spell in 2019 when the Glasgow giants won their ninth successive SPL title. Premier League clubs are always looking for attacking options and if Weah can put a string of good performances together, it might just alert clubs in England looking to pull away from the relegation zone, or looking to push for a European place.

Pulisic became the first American to play in a Champions League final when doing so for Chelsea against Manchester City in June 2021. He may well be followed by fellow Americans who now know that English clubs can trust Americans to help them win the biggest trophies available.

Betting on the next destination for America's brightest soccer stars is becoming the norm with European bookmakers especially in the UK and the best sports betting sites will offer these types of betting opportunities and markets before and during the usual scheduled transfer windows.

James Molloy
8 Articles
With nearly a decade of experience working at some of the biggest operators in the online sports betting industry, James brings a wealth of knowledge as to what makes a sports betting website great, alongside a keen interest in Soccer and NBA betting.
Read Articles