Will Political Betting Ever be Legal In America? 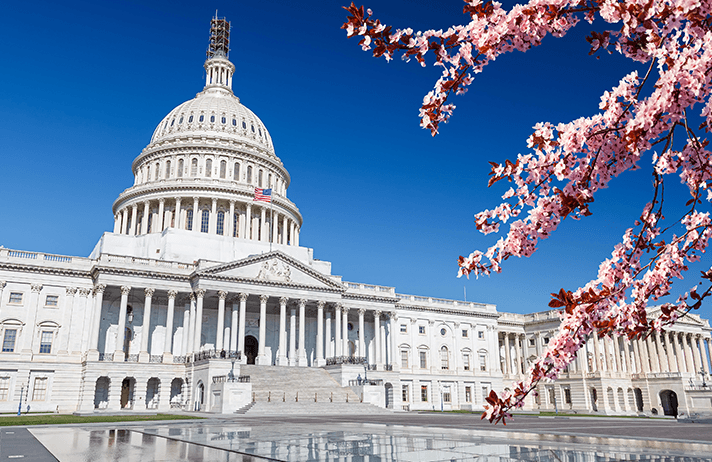 Betting on politics on US betting sites is not legal right now despite scores of media outlets and websites hinting otherwise. While the US gets used to introducing legal sports betting to the country on a state-by-state basis, actually being able to bet on politics is a different matter altogether.

Americans love their politics. The two-party system effectively creates hostile divides between Republicans and Democrats and turns the political landscape into a contest. Much like a sport between two teams, US politics is actually the perfect stage for betting.

And yet you cannot bet on politics in the United States. Why? Well, we’ll explain the reasons later in our guide. But it’s fair to say that some people aren’t happy with being unable to bet on the presidential election, the midterms and other upcoming votes.

So, here’s what you need to know about US political betting, why you can’t wager on the president and whether you’ll ever had the chance to in the future.

Can I Bet on Politics in America?

No. We’re sorry to say this but states across the US have outlawed political betting. In fact, betting on politics has always been banned in America. Back in the 1800s people would stake their hard-earned dollars on presidential election races, while stock traders on Wall Street would also engage in wagers on the trading floor.

But these weren’t strictly legal bets – instead, the authorities either chose to turn a blind eye or couldn’t police the rackets. During the mid-1900s Nevada was one of the only places where you could legally bet on sports

But it took until 2013 for bookmakers to propose opening their markets on politics too. This suggestion was shut down by the Nevada Gaming Control Board and the issue hasn’t really surfaced since.

In 2018, states were finally able to pass sports betting legislation and we’ve seen a boom in that industry ever since. But newly legal US bookmakers still aren’t able to offer political odds or other markets. For now, they’re sticking to MLB betting, NHL betting, NBA betting and NFL betting.

Why is US Political Betting Banned?

The reason politics betting banned in the US is because of fears the markets could interfere with democracy. There is concern that punters could seek to influence elections – whether they be presidential races or small-level regional elections – and claim a big payout for doing so.

One counter-argument to this is that people are trying to influence elections all the time, be it through fundraising, campaigning and leafletting. What is joining a political party if it isn’t helping to win elections? What’s more, stock traders hedge their investments on who might win elections, and businesspeople spend millions supporting their chosen campaigns.

The idea that democracy isn’t already interfered with, and that political betting is the one thing that threatens the democratic process, is nonsense. Still, try saying that to state legislators. No one has attempted to pass through political betting bills yet and it seems no one wants to be the first either.

Can You Bet on Politics Elsewhere?

Yes. Bookmakers in Europe and particularly in the UK and Ireland, there is a wide range of political betting odds to wager on. The UK's best bookmakers feature detailed markets on everything from the next presidential race to gubernatorial elections, vote shares, which country Joe Biden will visit next and even what colour tie former president Donald Trump will wear.

In fact, political betting across Europe is hugely popular and it doesn’t stop with US politics. Betting on the European Union, the next French president, when the UK prime minister will leave office and even the Scottish independence referendum can all be wagered on.

Will Political Betting Ever be Legal in America?

Right now the decision on whether to allow political betting in America rests at state level. There is no federal law preventing political betting markets from being established, but states are only just becoming accustomed to legislating for sports betting.

As the American sports betting industry grows and more players start to seek out interesting and diverse markets, it’s possible that some will lobby for political betting to be put on the slate. Bookmakers would certainly jump at the chance to offer up odds.

In fact, back in April 2020 West Virginia allowed its residents to bet on the US presidential election for a single hour before legislators shut down the ruling. One bet was placed on FanDuel during that time, although we don’t know whether it was backing Biden or Trump.

“Gambling on the outcome of an election has no place in our American democracy,” said then-Secretary of State Mac Warner. “Not today. Not tomorrow. Not ever. This is a terrible idea. Let’s shut this down right now and be very clear about it.”

Sentiment like this certainly suggests we won’t be seeing political betting in West Virginia any time soon. But more libertarian states such as Indiana, Nevada and New Jersey are working with bookmakers on other legislation and may decide to push through political betting laws in the coming years.

Peter Addison
8 Articles
Peter is an experienced iGaming wordsmith who has been working in the industry since 2013. He has written more words on all aspects of iGaming than he cares to remember, and has provided content for many big industry names. When not writing Peter can be found out running, swimming or gaming on his Xbox.
Read Articles